Around this time last year someone was telling me I just HAD to play the new Game of Thrones video game by Telltale Games. I’m well-versed in the Song of Ice and Fire series, so why would I need to play a point-and-click adventure? Because it’s just too good. 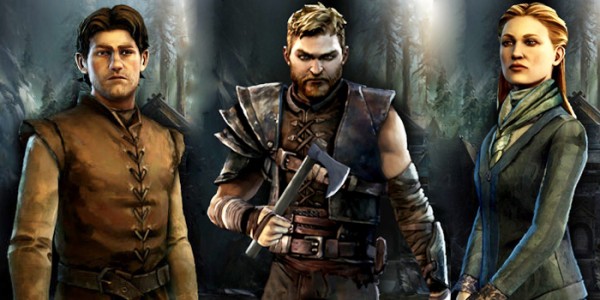 As you can see here, the first episode was released last December and I had more fun with it than you could’ve imagined. The first episode, titled “Iron From Ice,” introduced the players to new character mingling with ones they were familiar with. Instantly each character was thrown into peril and your choices affected families, legacies and sometimes whether you lived or died. In fact, the game began at the infamous Red Wedding, so you know you’re in deep s**t from the get go.

The second episode, “The Lost Lords,” focused on continuing the stories of those previous. Like Gared, the young man sent to the Wall and training to become a member of the Knight’s Watch under the watchful eye of Jon Snow or Mira Forrester who is desperate to save her family but can only do so much from King’s Landing where she is the handmaiden to a pre-Purple Wedding Margaery Tyrell. House Forrester is the central focus of the game’s story.

Over the next months, episodes dropped and fans feverishly played through to find out more of their fate. Episodes “The Sword in the Darkness,” “Sons of Winter” and “A Nest of Vipers” amped up the action and your choices felt more dire than ever. It was the most stressful point-and-click I had become a part of. I played through each chapter more than once and would sometimes pause and pace to think things over. That Margaery is a hard one to please you know! After almost four months of waiting I was finally able to get my hands on the last installment of season one, “The Ice Dragon.”

I sat back down and enjoyed Telltale’s unique artistry as it appeared onscreen. The game may not have wrapped up all loose ends, in fact it posed more questions than it answered. In that sense, it felt like a real finale to a season of the television show. It was exciting to feel as if I were in George R.R. Martin’s shoes. Chapter six was an intriguing story that followed the heaviest choice of the season and it envelops you into the dangerous world of Thrones. Telltale’s series is a must for all those wild about Westeros.

If you enjoyed Carly’s tale, you can find the rest of her work right HERE on Sci-Fi Bloggers. You can also follow her on Twitter @MrsCarlyRodgers.