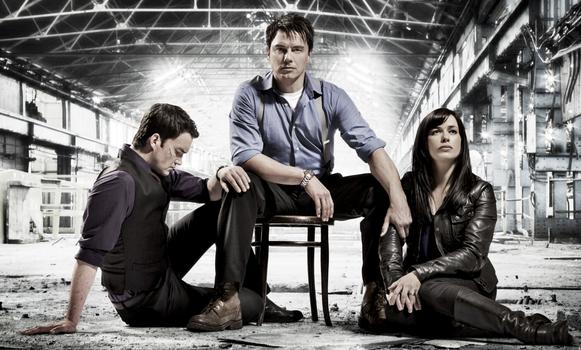 So, I have officially discovered my new strange addiction. After watching only one episode, Torchwood has completely enthralled me.

The first thing I thought before even getting ten minutes in was that this show is giving me so much more Doctor Who. Airing in 2006, Torchwood is actually a spin-off of the Who series. It was created by the same people that made Doctor Who (I knew Jack looked familiar), featuring the immortal Captain Jack Harkness (John Barrowman), the head of a super secret, practically invisible 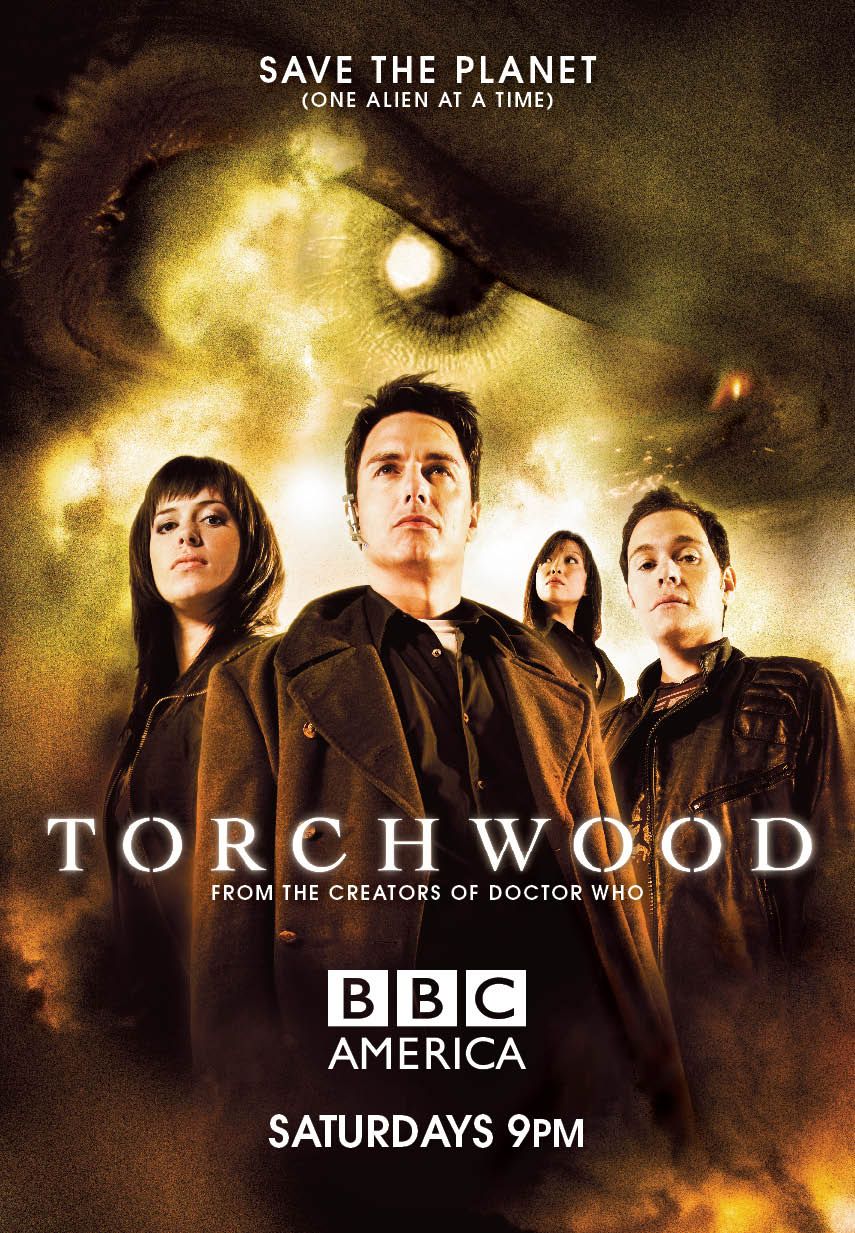 team of alien fighters. Team Torchwood serves the planet Earth in protection against any nefarious extraterrestrial events or mayhem.

It’s similar to Doctor Who in many ways. There’s a girl, getting swept up in the paranormal world of aliens and saving the world, and a leader, who’s a little more than coo-coo and unpredictable, but also courageous and willing to do everything in his power to save Earth.

I watched the first episode of the first season, and there were so many eyes-wide-open, mouth-gaping moments. The female protagonist, Gwen Cooper (Eve Myles), sees the team bring a man back from the dead with a robot glove-thing and asks him questions. This insanity prompts her to investigate who exactly Jack Harkness is and what Torchwood is. The search leads her to witness the murder of a man by the hands of what Harkness calls a “Weevil.” What an ugly looking thing! It looks like Rumpelstiltskin in the face. Plus, Harkness said they were LIVING IN THE SEWERS. What. Cut it out. 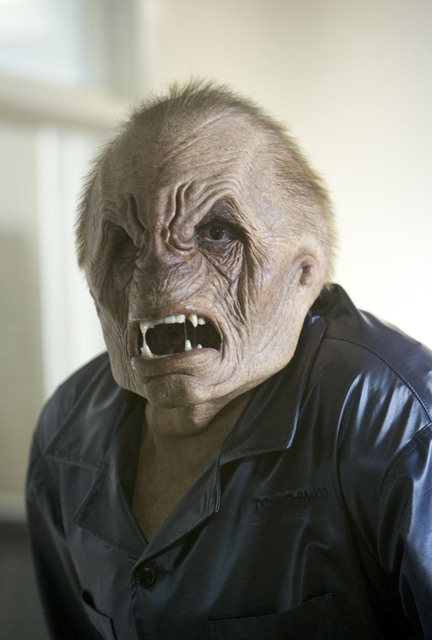 Because this girl clearly can’t get enough of the crazy (or she’s serious about her duty as a police officer), good ol’ Gwenny tracks Torchwood down. Harkness tells her everything about what

they do and makes her believe in the existence of being outside of our planet– then he drugs her with an amnesia pill. (Think of ALL the things you could do if you had one of those bad boys! Seriously, make a list right now!)

Anyway, this show has me completely hooked. I wonder what the hell I was doing in ‘06 (well, from ‘06 to ‘11). Oh, that’s right, watching Asian dramas and staying away from the sunlight. I’m starting the second episode on Hulu after I write this. I’m very curious to see where this show is going because I saw a ton of pictures online with Harkness paired up with this guy! I thought for sure Gwen was going to break up with her boyfriend and be with Harkness, but that would be too obvious right? Is he bi? We’ll see! Hopefully, I’ll be giving you an update in a week or two!