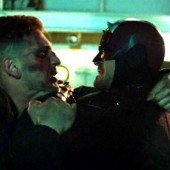 It’s our season finale, folks! Who’s ready for “A Cold Day in Hell’s Kitchen”? Stick is being sheltered in Matt’s apartment away from Elektra AKA the Black Sky and Nobu. Matt is still sure that he can stop them both on his own. He and Elektra bicker on the rooftop about her new role in… 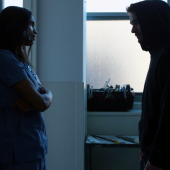 The first scene of “Man in the Box” is pretty chilling even for Daredevil standards. The camera follows Detective Mahoney through the dark basement as his flashlight casts an eerie light on the emaciated children as they sit in small iron cells with tubes leading blood away from their bodies. Mahoney brings the kids to… 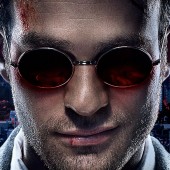 So Elektra shows up at the end of the last episode and now at the beginning of “Kinbaku” we dive into ten years ago where their story starts. Matt met Elektra Natchios at a fancy party a decade ago and the spark was instantaneous. Back in those days Matt was less of a do-gooder and…

Last episode we started to see the beginning cracks in Frank Castle and in episode four, titled “Penny and Dime”, his foundation begins to crumble. A high-ranking and volatile member of the Irish mafia insists that they find and kill the man responsible for the brutal murder of his fellow members. His gang is equally… 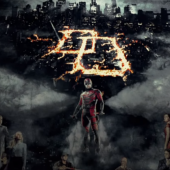 Less than a year ago, the bomb that is Marvel’s Daredevil dropped onto Netflix and now we’re already getting pumped for season two. The official teaser was recently released and giving us hints of what’s to come. Check it out. Yay for more Matt Murdock! So it’s more of an audio preview with a little eye…

Not long ago, the moment many fans have been waiting for arrived. Daredevil, the first of five shows being developed for Netflix by Marvel, launched its entire first season. Thirteen episodes became available to Netflix users on April 10, and from the looks of things, plenty of people have already binged on the entire thing…. 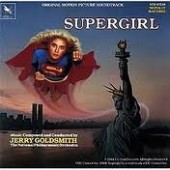