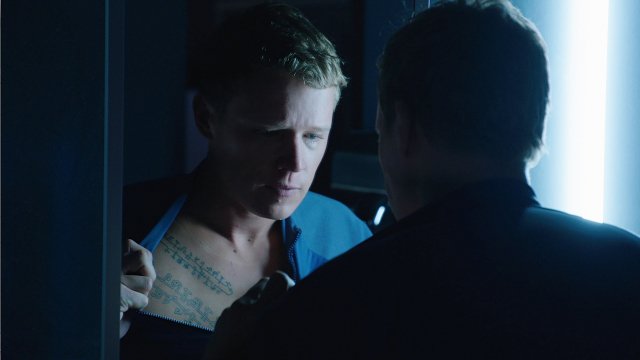 Gah, Alex is such a butt in this episode. Dude, nobody wants to be “the Chosen One,” nobody. Nobody wakes up and says, “Wow, I would love to carry this huge burden and save all of mankind. I think it’d be really cool to have my life and the lives of the people I love threatened on a daily basis. Let’s go find some psycho angels, guys!” That’s not how this works! That’s not how it goes. You get picked, then you shut up and just do it. But not this guy. This guy complains ALL episode. He even gets drunk and calls Claire spoiled. Duh, she’s a princess. I mean, Alex, you have tattoos on your body that aren’t going away. When’s a good time to surrender to destiny? Ugh, one of you talk to him.

Moving away from butthead a bit, the houses in charge are bent on keeping the identity of the Chosen One a secret. We almost have David out of our hair. After the eight ball incident last episode, a decent portion of the council of rulers wanted to vote him off the boat, save Gen. Riesen backs him up. Why do I get the feeling he’s going to regret that decision? The two agree that Alex’s true identity needs to be hidden or else it’ll cause social unrest in Vega. Probably right, but I’m sure Riesen wouldn’t agree with some of David’s tactics. He had a random guy I don’t even remember being in the bunker shot in the head and thrown to a lion. Wow, so that’s how you get rid of guys in Vega, huh? 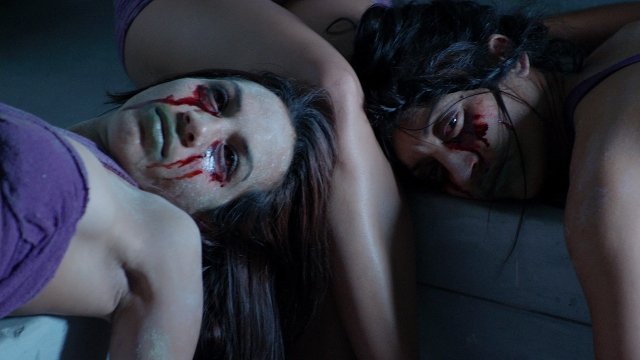 David has another problem: he’s successfully imprisoned the visitors from the city of Helena. He’s keeping them jailed and without the modesty of most of their clothing to wear down Arika, Queen Evelyn’s wife. The plan is to threaten Arika so she’d wager Helena’s air force, the last on Earth. Turns out, Arika is a lot more cunning and vicious than David suspected. She gets her crew to scratch the poison from their nails and commit suicide. Now, whether they did it intentionally or not is still a mystery, but Arika just may get her freedom by blackmailing David with their deaths.

Meanwhile, General Riesen is dealing with his own issues. In a discussion between he and Claire, we discover that the V System was intended to be a temporary solution to job uncertainty with the beginnings of Vega. Claire stresses that it’s time for the republic that was originally planned to be realized, but Riesen doesn’t believe the people of Vega could handle that kind of political stability. Also, he knows that David is at his heels wanting power, and her marriage to William will keep it out of his hands. On top of that, the general has been scene on multiple occasions struggling to beat or in pain. We learn from Becca that he has congestive heart failure. So, the apocalypse didn’t knock out heart disease too? That sucks.

Over in Mordor, Gabriel and his homies are partying it up. I want to say it’s a funeral for the two angels he lost last episode, however it’s a bit unconventional. The angels behave in a characteristically demonic fashion. In layman’s: all the sex. The bodies were coated in these slimy, gook cocoon-things. Just nasty. Just a pile of nasty in one room. In the midst of this, Michael summons Gabriel to meet him on a cliff and perhaps see if he could talk him out of annihilating the human race. It’s a no-go. 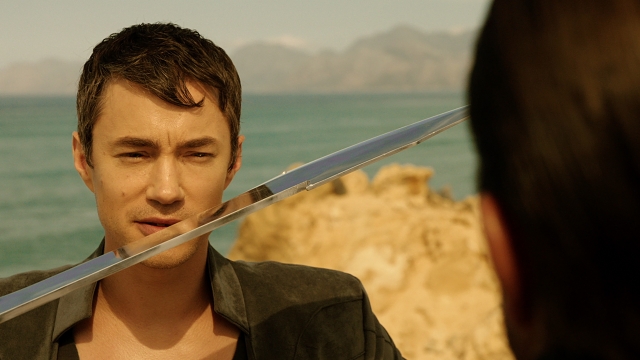 Gabe thinks like a scorned child, a rebellious teenage son. He believes the key to the gates of Heaven and God’s return is the death of all humans. At the root of this idea is the innate jealousy that angels have been inclined to feel because humans can repent and be forgiven. Seeing as how there’s no way to convince Gabe elsewise, Michael returns to Vega and tries to chat with Alex. He walks away, the twat. But you don’t just walk away from Archangel Michael. He picks him up like a puppy and drags him off. …

One of the major issues Alex seems to be dealing with is the why. Why should he help the people who haven’t helped him? Even Michael never seems like a friend or father or anyone beside the emotionless guy that occasionally beat him for breaking rules. The guy has a point. He tells Michael about the first message he received from his tats: “Beware of those closest to you.” Thanks for being so specific. You know, would it kill the mystical tats to be a bit more conspicuous? In my pilot recap, I spun tales of Michael’s betrayal, but I don’t think that’s the case after seeing him meet with Gabe. Besides, Alex isn’t close with Michael, not really. He’s not very close with anyone as far as we can tell, except Claire, Bixby, and Alex’s soldier friend whose name I can’t remember. I’d start sniffing out the snakes over there. His soldier friend could be one of Gabe’s human informants, and Claire seems easily manipulated. I bet William could pull the wool right over that head of hers. 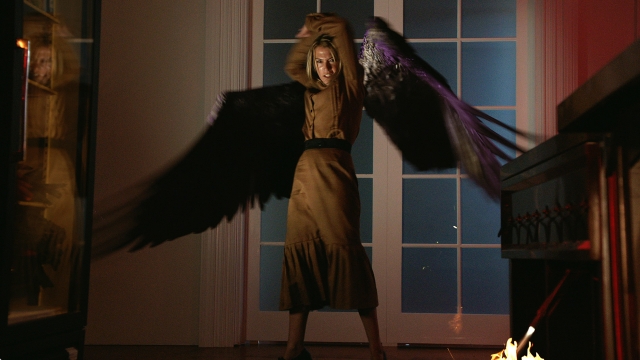 Speaking of Claire, in an attempt to get the two lovebirds apart, Riesen has Alex reassigned to protect the House of Whele. Can I just point out how incredibly lame it is to have SOLDIERS guarding houses. Like, you were attacked YESTERDAY. Shouldn’t these guys be in an underground training camp practicing their angel butt-kicking skills? I have yet to see a soldier do anything on this show. Michael does all the work, and these guys just walk around in cute outfits and get chopped up by angel wings.

Even Alex’s fighting skills aren’t impressive. He’s attacked while leaving the Riesens by one of the Whele’s maids, and angel in disguise. She peeped his tattoos earlier and made her move. The two cause quite a ruckus, and he sets her wings on fire, but fails to kill her. She hobbles back to Mordor to report to Gabe.

I’m wondering when his Chosen One superpowers are going to kick in. Can he shoot out rays of angel burning UV light from his hands or at least some super strength? Something? Also, why the hell is he still on duty? Yeah, we’re trying to keep the Chosen One business under wraps, but the people that do know should’ve locked him in a room or something. Michael tried, but that just goes to show you how much David and Riesen could give to tomatoes about Alex’s safety. It’s one thing not to believe in him or to hide his identity, but it’s another to risk the life of a person who could be the savior of everyone—not some Joe Schmoe you don’t know or a cousin whose name you can’t remember, but every single person on the planet. 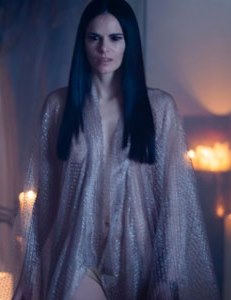 Alex decides to leave Vega. He gives this speech about it being selfless, a necessity to protect the lives of Bixby and Claire, but it’s obviously selfish. Since Alex was introduced as the protagonist, he’s been trying to get away from Vega. In the very first scene of the very first episode, he was looking for things to get away from Vega. Now, he has his reason. Now, he can say, “Yep, I’m doing this for you. You’re welcome.” Nonsense. On his way out, his tattoos start moving around his arm. There’s no words this time, but you can tell they’re causing Alex some irritation. It’s kind of like when the GPS on your phone is trying to rework your route because you screwed up and took a wrong turn. If only he’d turn his butt around. Eh…

Lastly, Riesen’s got a girlfriend. Becca knew that he snuck out of the city every once in awhile, but she didn’t know where and he was being cagey. Turns out, he an angel boo by the name of Clementine. I have no idea who she is or what their relationship is, but we’ll see next week.

This episode was less action and more character development. It was kind of stuck in there to move things along, and I can’t complain.

Oh yeah, they had Jeep’s funeral.