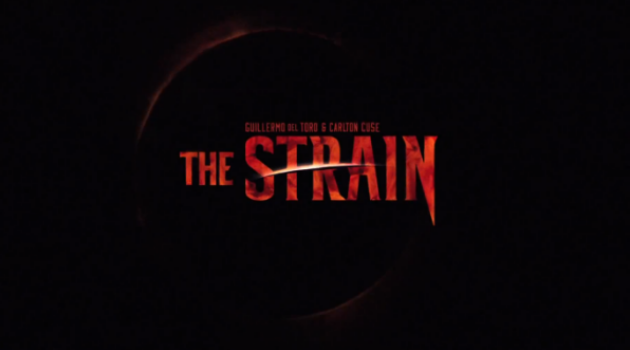 The following piece was written by Ms. Clingman, a reader of ours, and sent in to us for consideration. Here at Sci-Fi Bloggers, we like showcasing a variety of different opinions. Normally, they are those of our intelligent team of contributors, which continues to grow, even to this day. However, there are times when we are sent something written by a fan of the site, or someone simply interested in sharing their ideas, that we are compelled to share. And so, we give you yet another Sunday Surprise!

If you haven’t been watching The Strain on FX, it’s about time you wake up and smell the blood. Guillermo del Toro’s creation is superb television, not to mention just as disgusting as the controversial promotional posters promised. It’s a refreshing break from the sexy, smoldering, glittery vampire trend that injects a healthy dose of primal fear back into the genre.

The series stars the captivating Corey Stoll, who plays the chronic workaholic, recovering alcoholic protagonist, Dr. Ephraim Goodweather. Goodweather is a CDC epidemiologist leading the investigation of what appears to be a strange new disease with some horrifying symptoms. Stoll brings the kind of charisma and depth that is worthy of a del Toro production, with all of the honesty required to bring validity to the flawed hero archetype. At first, his female counterpart, Dr. Nora Martinez (Mía Maestro), doesn’t seem to have much of a definitive personality, but her strong will and passion for saving lives eventually surface to redeem her.

The reliable David Bradley plays a mysterious old man who fulfills the Van Helsing role in the narrative. Known as Professor Setrakian, he turns up the badass factor while the pretty heroes are off doing “science-y things.” Bradley’s performance is so riveting that it conveys everything viewers need to know about the character before the flashbacks to his early days even begin.

If intricate storytelling and compelling characters aren’t enough to draw you in, perhaps the chilling elements of horror will do it. This is not your mother’s vampire series. The Strain is delightfully gross, and these vampires are anything but sexy (that is, unless you have a weird eyeball fetish). The show is peppered with copious rats, worms, guts, goo, crushed skulls, gigantic sucking appendages, and freaking cloacae. If it makes your stomach churn, you’ll probably see it on The Strain at some point. Oh, and of course, plenty of blood.

The troubled CDC administrator, Jim Kent, is played by Sean Astin. He’ll hopefully have more to do in later episodes. I’ll be interested to see how ex-con Augustin Elizalde (Miguel Gomez) and rat exterminator Vasiliy Fet (Kevin Durand) fit into the heart of the plot. These two ancillary characters are getting way too much screen time to serve as simple plot devices.

Between its solid cast of characters and generous helpings of squirm-inducing gore, The Strain is poised to become the next television epidemic.