As we’ve mentioned previously, DC Comics have great things on the horizon like Batman v Superman and the Justice League franchise. However, the most exciting film taking shape is Suicide Squad.

The Suicide Squad are a team of antiheroes taking on high risk missions for the government to obtain a “Get Out of Jail Free” card. While nothing has been confirmed yet, there are rumors aplenty to be excited about. Firstly, the film could be directed by David Ayer, who has a knack for the dark side of things. Ayer penned Training Day and more recently directed the films End of Watch and Fury starring Brad Pitt. His dark vision and eye for action would sync perfectly with the tonality of the Squad. 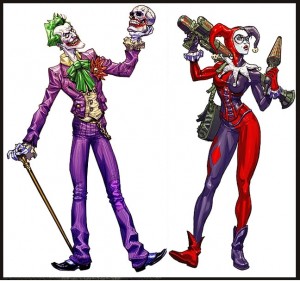 The casting is what’s giving The Avengers a run for their money. Huge names are being thrown out for some twisted and beloved DC characters. The Wolf of Wall Street’s Margot Robbie will finally bring the bizarre Harley Quinn to the big screen. One can only hope to see Robbie onscreen bouncing around and loudly bringing justice to one of the most cosplayed characters of all time. Since Harley Quinn will be featured it’s easy to assume her love interest, the Joker, will make an appearance. The Joker was last played in a film by the late Heath Ledger who was so convincing in his portrayal that it won him an Oscar for The Dark Knight, so it makes sense that another Oscar-winner is being pursued. Fresh from his winning role as a trans woman in Dallas Buyers Club, Jared Leto is likely to be cast alongside Robbie. Leto’s wide eyes and his ability to completely cater himself to any role he takes on makes him a perfect choice for The Joker.

Tom Hardy is being considered for the role of Rick Flag, but which Flag we don’t know. Flag was a WWII veteran and lone survivor of his division in the war who went on to become a member of the original Suicide Squad, then there’s his son who replaced him. The huge news is that Will Smith may be returning to the realm of superheroes as Digger Harkness, better known as Captain Boomerang. Harkness is known as the offensive class clown of the Squad, and is kind of a total dick, which Smith can nail, because we saw him do that in his last great role as drunken and reluctant superhero Hancock.

The latest news is that upcoming Terminator: Genisys star Jai Courtney will be a part of the film as Batman villain Deadshot. Deadshot is an always-professional assassin who has no regard for human life. That said, Deadline reports that Courtney may be approached to play an entirely different character in the DC Universe.

It’s too soon to tell if any of these characters will grace our screens in 2016, but it’s hard to imagine it won’t be infinitely awesome.