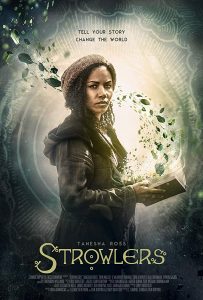 Strowlers was a good idea, I’m sure. A wholesome idea. Creating a world of urban fantasy that people can contribute to is a cool way to let lesser-known creators and new talents get their feet wet. Conceptually, I really like Strowlers.

But you can only get so much goodwill.

And, no matter how nice an idea, if you make me sit and watch a character gather ingredients in near silence for a solid ten minutes of a show, you are not getting out of a review unscathed.

Shows have earned a negative review from me for a lot less.

It had some promise too, which only makes this worse. The first episode of Strowlers sets up an interesting conflict, and world, and I was excited to see where they were going to go with this—even if I could already tell I was in the soup of bad acting and bad effects.

But then it turned out it was an anthology show.

One that is dull, mind-numbing in its sheer lack of energy, and dominated nearly entirely by subpar actors. It’s tied up with plots that should take less than ten minutes to tell, but somehow drag on for so long it affected my mood. I got gradually more sad attempting to watch this show. I went right past being bored straight into sheer ennui at the conceptual idea of such a bad show. At one point, I paused to do something in another room and utterly forgot what I was watching.

In short, Strowlers is an utter failure. The world and the concepts and basic plot ideas are too good for its dry nails-on-chalkboard plotting and clear signs of filming practices taken right from amateurs. The first episode is a trap. The second episode consists of a plodding story where the only interesting thing that happens is a character is implied to die for a few moments. It’s followed by a third episode which, while culturally interesting, has scenes so befuddling and woodenly acted I wasn’t sure if it was intentional.

I’m not confident there’s ever going to be another season. Nor am I hoping against the odds that another damp cracker of an episode will form.

Don’t watch Strowlers. The first episode is the only episode worth even a smidgen of anyone’s time. 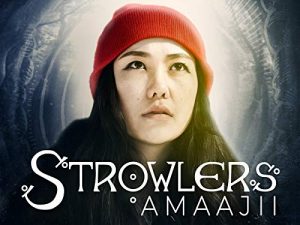