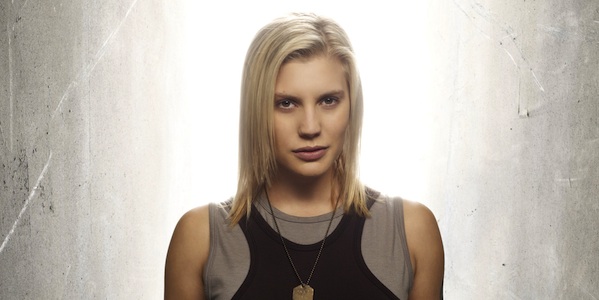 Traditionally, in science fiction television series, men are typically portrayed as active whereas women are portrayed as passive. Women, in various science fiction franchises, have usually taken the backseat in comparison to the opposite sex, becoming instead some sort of drop-dead-gorgeous, sexy sidekick to the main male character. As a result there seems to be very few strong female characters, yet this is because being ‘strong’ is often equated with physical and masculine strength. There is no doubt that characters such as Kara ‘Starbuck’ Thrace from Battlestar Galactica, Kira Nerys from Star Trek: Deep Space Nine and Martha Jones from Doctor Who are all considered to be strong female characters. However, this belief that a character can only be strong if they are physically capable has characterised a number of popular and fantastic female characters as nothing but weak and passive.

To illustrate my point, if I were to ask you to close your eyes and a picture a strong female character, how would you picture them? Is she some muscular kind of soldier or warrior? Does she have tattoos and wear leather? Does she carry a sword or a gun or some other weapon?

There is no doubt in my mind that you pictured them as equivalent to an action hero. This is unfortunately the result of our perception that strength equates to physical force. Additionally, what this does is reinforce society’s view that women who possess empathy, the willingness to sacrifice themselves and kindness are weak because these are considered feminine traits. As a consequence this also further reinforces the idea that there is a lacking in strong female characters in science fiction today, but I tell you, this is not the case.

What makes a female character strong isn’t whether or not she can wield a sword on the battlefield or save the world singlehandedly. The true strong female characters, in my opinion, are the ones that continue on surviving despite having all the odds stacked up against them. They possess an undeniable willingness to fight for their survival and they don’t give up. This is what makes any character strong. Female characters such as President Laura Roslin from Battlestar Galactica, Samantha Carter from Stargate: SG-1 & Stargate: Atlantis, Donna Noble from Doctor Who and Astrid Fransworth from Fringe are survivors. What needs to change is our perception of what strength really is, because when that is done, people will see that there are a number of strong female characters in science fiction today.