After landing in Long Island, Vasiliy (played by Kevin Durand) and Quinlan (played by Rupert Penry-Jones) are ambushed by Strigoi. They kill them and the Master watches through one, Quinlan taunts him saying he will be next.

In Manhattan, the Master/Eldritch (played by Jonathan Hyde) furiously berates Eichhorst (played by Richard Sammel) for his failure. Dutch (played by Ruta Gedmintas) and Abraham (played by David Bradley) retrieve the Occido Lumen but Abraham’s health is declining. They take shelter in a church and fearing he has little time left Abraham pores through pages of the Lumen but becomes dizzy and passes out. Ephraim (played by Corey Stoll) and Alex (played by Angel Parker) find them and Ephraim diagnoses that Abraham is dehydrated and needs blood thinners. Dutch takes Ephraim to Agustin (played by Miguel Gomez) who gives them supplies for free, angering his partner Alonso Creem (played by Jamie Hector).

Eichhorst has Sanjay Desai (played by Cas Anvar) advertise Abraham, Ephraim and Dutch as radical criminals in hope someone turns them in.  Agustin goes back with Ephraim and Dutch (followed by Alonso), Abraham gets better but berates Agustin for not fighting with them when he had the chance. Quinlan and Vasiliy attempt to get through a checkpoint but have to fight through when Vasiliy is recognized. 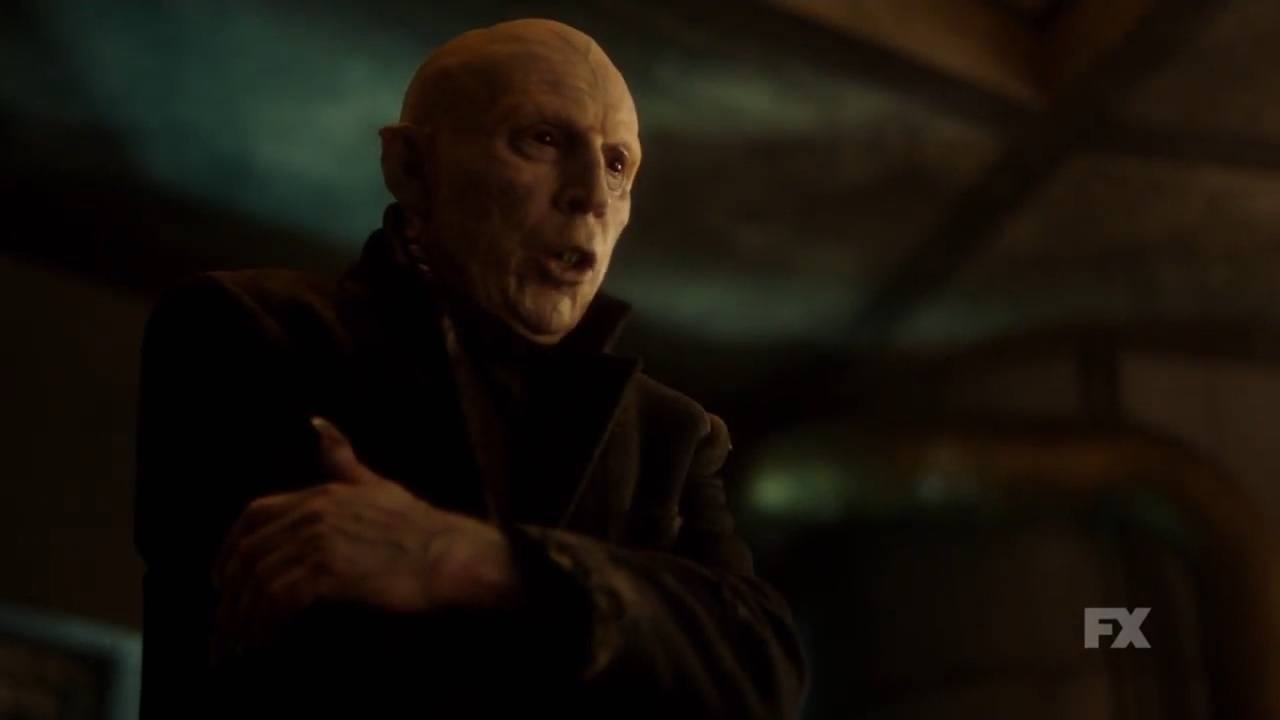 Someone is not happy.

It took half the season for Vasiliy and Quinlan just to get the nuke it’s no surprise getting it to Manhattan will take a while. But we need to see them reunite with everyone else not spend the rest of the season running around on their own. Once Abraham, Ephraim and Dutch reunited it was like the story was really starting to take off. It came late into the season but as they say better late than never. When they met up with Agustin it was also the boost his character has been waiting for all season to transition into the main story.

In a way Abraham chewing out Agustin was a reflection of how viewers would feel about a once major character being sidelined in from the action. The issues between Alonso and Agustin have been brewing for a while but it’s insignificant as is Alonso. The character has been on the show since the first season but he’s never been given any kind of development in that time he’s just the greedy thug out for himself who pops up when necessary.

Alonso goes to the Master and offers to give up Abraham and the others in exchange for control over Roosevelt Island. He attempts to use a grenade to keep anyone from attacking him but the Master easily disarms and stings Alonso to get the information. Ephraim tells Abraham about the blood farms and that Zack (played by Max Charles) started the nuclear winter, with Dutch listening nearby. Quinlan, Vasiliy and Roman (played by K.C Collins) attempt to get the bomb into Manhattan using the Brooklyn Bridge. The bridge gets blown up along with all bridges and tunnels leading into Manhattan, a plan put in place by Sanjay.

Agustin decides to leave the black market help Abraham and is joined by his cousin Raul (played by Michael Reventar). Ephraim and Dutch go to a lab to make the medicine out of Strigoi blood that keeps Abraham healthy. Abraham makes a breakthrough with the Lumen pages but is interrupted by Eichhorst who quickly kills Alex, Abraham tries to fight back but he’s still too weak. Eichhorst beats up and taunts Abraham but before he can kill him Agustin and Raul kill his Strigoi and drive him away. 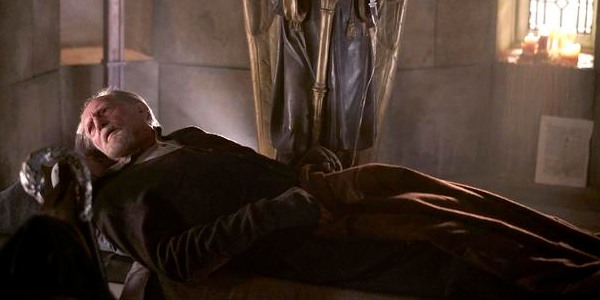 With Manhattan isolated Vasiliy will be separated from the other characters for the forseable future, bad news for him and us. It’s clear Quinlan distrusts Roman and he does seem to be set up as betraying them, like with his nonchalant attitude after being ambushed by Strigoi. Agustin and Alonso rivalry was a pointless story but it’s slightly disappointing there wasn’t a climactic scene between them. But Alonso did get a big and memorable death unlike Alex who has been developed into a major character and killed off like an afterthought. But Agustin finally decided to stop spinning his wheels and take action and just in time too.

After being absent most of the season it was great to have Abraham back in full force. I’m not sure what kind of information the Lumen has that could trump a nuclear bomb but after all this time who isn’t curious what’s in there? But his glaring health problems suggest if he isn’t killed in battle he still won’t make it.

They go after him but Raul is infected and killed and before Eichhorst is able to turn Agustin, Abraham stabs him. Eichhorst stings Abraham but becomes ill because Abraham took several of the blood thinners. Abraham threatens the Master through Eichhorst and finally gets his revenge by beheading him. The long awaited showdown between Abraham and Eichhorst was brutal and just the payoff we could expect from these two lifelong enemies. Though Abraham won it feels more like a draw since he will soon die himself but this is the final season and major character deaths are to be expected. Killing Abraham now is both a major shock and reminder that anyone can be killed off at anytime.

“I stopped praying a long time ago, didn’t seem to make a difference.”

I wonder if anyone is at all concerned that using another nuclear bomb could make it harder for humans to survive the environment.

“I’m just an ordinary man, but that is all that will be required to bring your Master to his knees.”

Eichhorst’s biggest problem was he talked too much, he would always be poised to kill a major character but was driven off after he spent too much time boasting.