A burned Eichhorst (played by Richard Sammel) finds and interrogates the men who abandoned Vasiliy (played by Kevin Durand). None of them are able to give Vasiliy’s direct location so Eichhorst kills most of them and has the other drive him to Vasiliy’s last known location.

Meanwhile Vasiliy and Quinlan (played by Rupert Penry-Jones) prepare to transport their nuclear bomb to an airfield and get it to New York. Quinlan tells Vasiliy that Charlotte (played by Rhona Mitra) can’t join them as he worries their relationship will distract Vasiliy from their mission. Flashbacks to 1888 show Quinlan’s blossoming relationship with Louisa (played by ) and her young daughter, but a chance encounter with Strigoi reveal his location to the Master. Charlotte ends up declining Vasiliy’s request to join them and decides it’ll be safer on her father’s farm in Montana.

Back in Manhattan, Zack (played by Max Charles) takes Abby (played by Jocelyn Hudon) to her old home where she recounts seeing her parents die in the nuclear blast. She seems hesitant to be romantic with Zack and The Master/Eldritch (played by Jonathan Hyde) encourages him to express his feelings. While driving Eichhorst to Vasiliy and Quinlan, Eichhorst taunts the man for selling out his fellow man for self-preservation. In return he distracts Eichhorst and opens a CB radio line which lets Vasiliy and Quinlan know Eichhorst is coming. 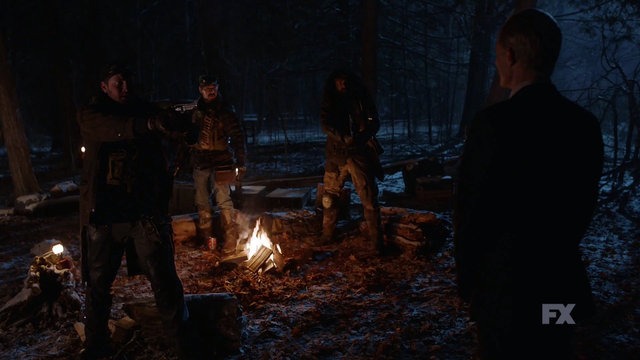 The two big themes in this episode were selflessness and love, two themes you wouldn’t expect on a show like this. While it’s nice to see people are starting to put humanity above themselves it would have had more impact if it was an actual character. If the guy driving Eichhorst had been a presence in another episode (or even had a name) it would have registered more to the story. The out of place flashbacks from the last fell into place here with Quinlan warning Vasiliy love is a distraction from the mission. It was all leading to an obviously horrific end for Quinlan and Louisa but it was a softer and happier version of the usually stoic person we see. Sometimes it feels like the writers are just searching for any way to give Zack a story without trying to craft a good one. It’s even dragging down other characters; The Master’s one scene was offering dating advice to Zack, this was the role of the series main villain. Zack has always been an unlikeable character but can’t he at least be relevant to the story?

Another flashback to 1888 shows Quinlan explain to Louisa that he must leave to confront the Master and that if he succeeds he will also die. Zack goes to the youth housing where Abby is staying but becomes furious when he sees her kissing another man. Eichhorst learns the man turned on the radio to warn the others, the man attempts to crash the car and jumps out but Eichhorst captures and kills him.

At the airfield Roman (played by K.C. Collins) trades supplies with the soldier there for a plane, Charlotte begs Vasiliy to leave with her but he refuses to leave the fight. In 1888 Quinlan finds and fights the Master but is wounded and the Master leaves to find Louisa and her daughter. Quinlan gets to them after they’ve been stung and after washing off his human makeup kills them. Zack angrily confronts Abby about her boyfriend, she tries to let him down gently but he reacts angrily. When she shoves Zack and tries to leave his pet Feeler attacks her; Zack ignores her cries for help and lets it drain her.  The Master uses a vision of Kelly (Natalie Brown) to comfort Zack and presents Abby, now a Strigoi and says she will be a better match for him. 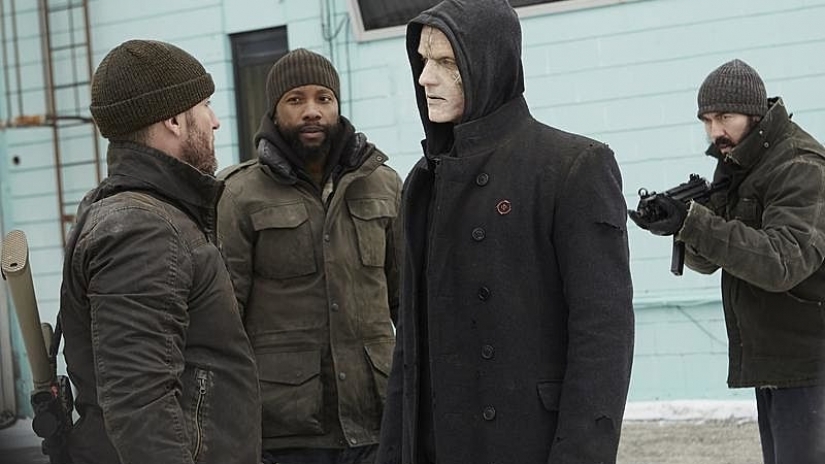 It’s easy to see why Quinlan became anti-romance after being forced to cut off the heads of your girlfriend and her daughter. Charlotte’s character wasn’t a bad addition to the season but her role was always to prop up Vasiliy. There’s not a sense of sadness that she’s leaving him more that her purpose is over and it’s time for her to move on. Zack hasn’t evolved into a villain in this episode, he just showed that he’s an immature petulant child which turned out to be just as dangerous. Abby couldn’t have been nicer about how she turned him down but ended up as dinner for his Feeler.

The reveal of Abby being turned into a Strigoi to serve as Zack’s girlfriend (which is as creepy as it sounds) says a lot about him. It’s clear now why Zack belongs with the Master and the Strigoi, Zack can’t relate to people because they have independence and don’t exist just to make him happy. Now that he consciously killed someone he erased any possibility that he can be saved, now we just have to see how much deeper he’ll sink into darkness.

Vasiliy, Quinlan and Roman board their plane just as Eichhorst arrives in a truck and attempts to run them down but the soldier shoots him. Eichhorst kills the soldier with a gatling gun and starts shooting at the plane nearly taking it down. the plane but Charlotte returns and shoots him, allowing the plane to get away. After chasing down Vasiliy and Quinlan the whole episode the plane chase scene felt anticlimactic; it was quick and there wasn’t much action. Charlotte got her big moment by saving the group but it’s implausible that Eichhorst would let her walk away like that. However the majority of this episode was unnamed/unimportant characters putting others ahead of themselves and with this instance it actually carries some weight.

“Did I just hear a compliment in there?” “I like to give one every hundred years or so.”

All Zack needs now is a couple of kids his age to turn into mindless Strigoi zombies/friends and his social circle will be complete.

“I’ve studied human nature for a very long time, there’s nothing I haven’t seen when it comes to life.”

Quinlan somehow looked creepier when he was disguised as a human.