*Ephraim (played by Corey Stoll) leaves an apartment in Philadelphia where Strigoi roam freely due to the nuclear winter caused by the bomb detonated at the end of last season. Through a system known as the Partnership, propaganda films promoting ‘cooperation’ between humans and Strigoi are played.

In Partnership, humans are forced to register their blood types at Freedom Centers. Ephraim notices a large tanker being filled with blood and laments that humans have lost the fight.

Meanwhile back in New York City, Zack (played by Max Charles) is living in the Empire State building under the care of Master/Eldritch (played by Jonathan). Meanwhile Vasiliy (played by Kevin Durand) and Quinlan (played by Rupert Penry-Jones) interrogate a group of men about possible missile silos in the country, but Quinlan kills them when they turn violent. They return to their base camp where Vasiliy vents his frustration over lack of progress.

Ephraim takes jobs from struggling people to keep himself in food and alcohol. His latest patient, a sick woman, pays him with liquor since she is afraid going to a Freedom Center. The Master/Eldritch takes Zack to the park to practice with a gun and Zack kills a tiger; he believes Zack has potential. Zack hallucinates talking with his mother Kelly (played by Natalie Brown), a hallucination by the Master/Eldritch to keep him on their side. 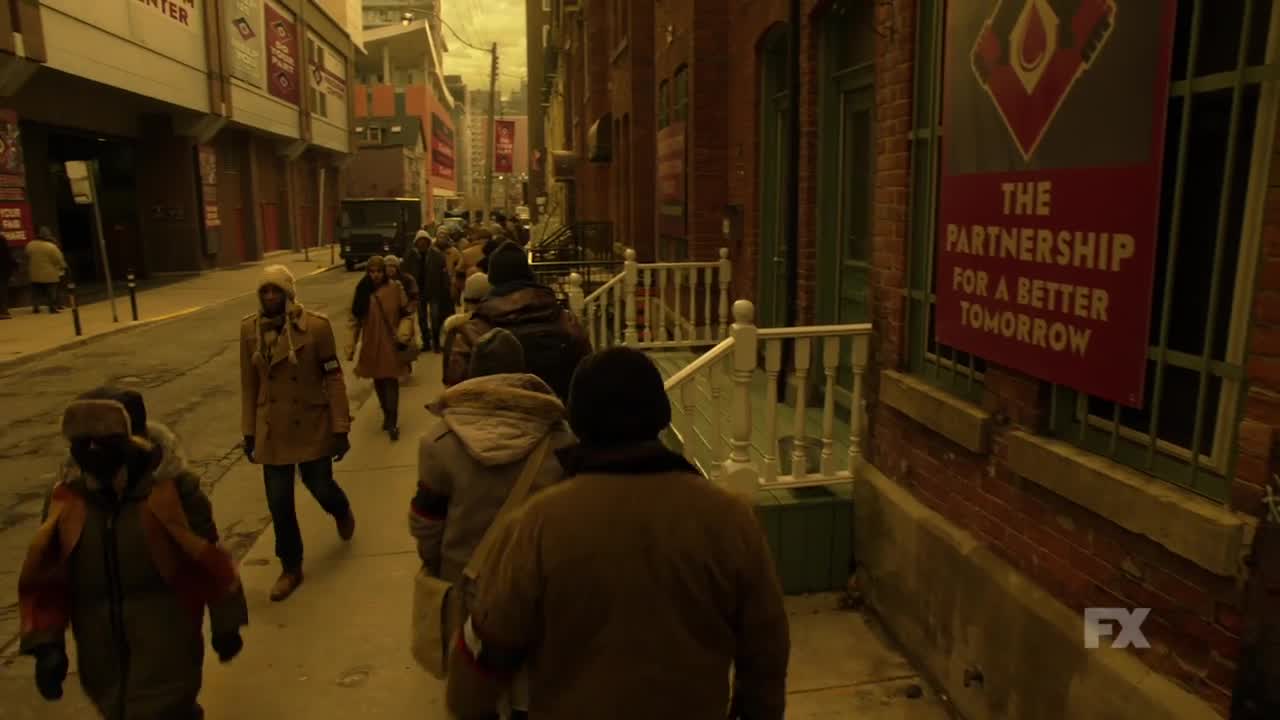 Up to this point, the series has been setting up the fall of mankind and now we see the fruits of the Strigoi labor. Most of this episode was like being on a tour of the new world order, but that’s to be expected as it gives us an idea of how bad this new world is. The episode checks in with most of the major characters but, smartly, not all. We can always revisit their stories later.

There was plenty of material with Ephraim and Vasiliy’s story lines in this episode. The propaganda film was a nice touch that set the tone for the episode and the season; the Strigoi are in charge and humans can either follow the rules or die. It would have been nice to hear about the losing war humanity fought with the Strigoi at least in narration but that’s a minor issue. The main problem is Zack; he seemed like an afterthought that was inserted into a few scenes. The character has become so unlikable you kind of hope he dies and that’s rare for the child character.

Ephraim returns to his partner where they and the rest of their group are abducted by Strigoi. Their bus drives over a bomb and everyone but Ephraim dies.

He finds an injured man and his sister who reveal they blew up the bus to kill the Strigoi but didn’t know it was used to transport humans. That night Vasiliy has a dream where he finds Abraham (played by David Bradley) burning pages from the Occido Lumen and warns the end is near before he transforms into a Strigoi. He confesses to his lover Charlotte (played by Rhona Mitra) that he feels like he is failing his group back in New York City. The next day they are ambushed and captured by a group of women who imprison Vasiliy and attempt to recruit Charlotte to their women’s only group.

Back in New York City the Master/Eldritch plans to groom Zack to be his next host body to the disdain of Eichhorst (played by Richard Sammel). The Master/Eldritch chastises Eichhorst for questioning him and reveals that once Abraham and Ephraim are dead they won’t need Zack as much and can kill him then. 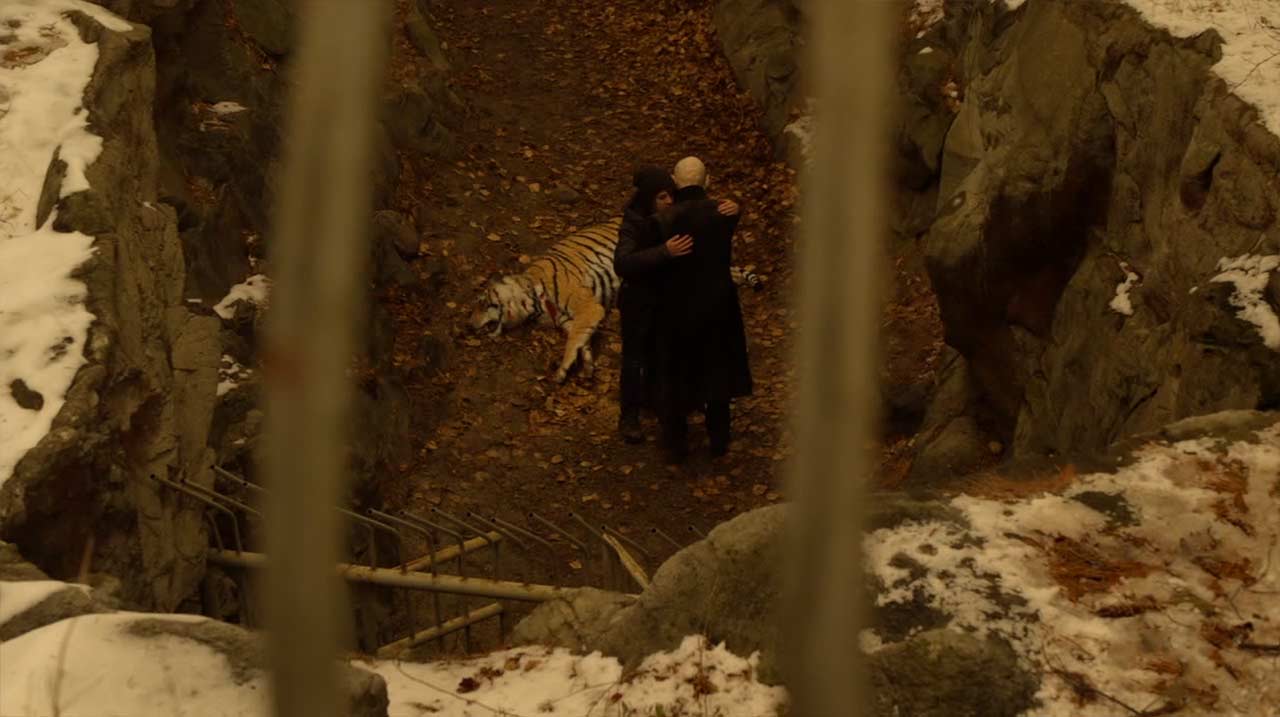 Ephraim stumbled his way into the resistance and so far he is less than thrilled. New characters on a final season are always a big gamble, I would have preferred a past character for the leader of the resistance. Charlotte is a side character in Vasiliy’s story, so even she falls flat later. It isn’t as noticeable however because she isn’t carrying a major storyline.

Within one scene Zack was given two possible storylines for the season, one made sense but the other was ridiculous. My reaction was the same as Eichhorst’s about The Master/Eldritch wanting to invest years into training Zack as a host. There’s no practical reason that should be an option, but it was immediately contradicted by the Master/Eldritch. Just seconds after deciding Zack was a perfect host he told Eichhorst they can kill him once they no longer need him as leverage. The biggest drag in the story will clearly be Zack but maybe this will be the season where the show finally figures out a good story for him albeit too little too late.

Eprhaim decides to remain with the brother and sister vigilante fighters for a while in exchange for supplies. Vasiliy meets a man named Roman (played by K.C. Collins) who used to work in a missile silo and finds renewed hope of finding a weapon against the Strigoi. Quinlan saves them from the dungeon and they set off to find the nuke. Quinlan is like a Strigoi Superman for Vasiliy. He looked almost bored while rescuing him. Since nuclear weapons are what caused the Strigoi apocalypse to begin with, I’m not sure how that will work out for them. Overall the season is off to a (mostly) strong start and it’ll be exciting to see where things go next.

“I’m a complainer but I’m not a quitter.”

It’s great to have the narrative in different places other than New York City – gives the show a fresh feel.

“Once again, Vasiliy Fet falls into a pile of manure and crawls out smelling of roses.”

The Partnership: got to hand it to the vampires for making oppression sound like salvation.