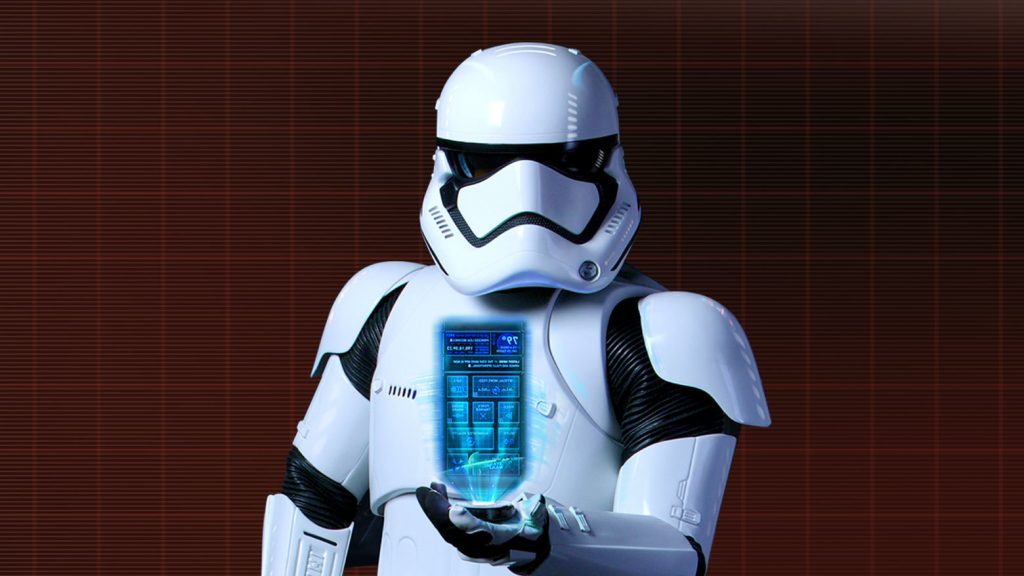 The Star Wars App lets you take Star Wars with you wherever you go with cool augmented reality experiences, sound effects, the weather on Alderaan and much more.

Here are three of the latest AR experiences you can get with the Star Wars app. 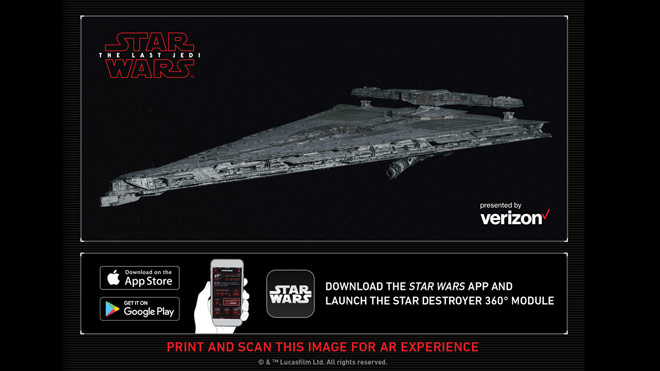 The Star Destroyer 360° Star Wars augmented reality experience lets you bring a First Order star destroyer to life wherever you are.

Step 1: Download the latest version of the Star Wars app so it’s version 2.5 or higher. (Available for iPhone and Android only).
Step 2: Open the Star Destroyer 360 portal in the Star Wars app. (You may need to download this portion as it’s a large download. If so, the app will prompt you).
Step 3: Download, print, and scan the image above to activate the AR experience.

You can play this on your phone or with Google Cardboard. Note that it’s 9 large downloads to see the whole thing. Though it’s actually only about 8 minutes long, you can explore the areas indefinitely.

At press time, I couldn’t make it work on my phone. It’s possible that since it was created for The Force Awakens, they’re no longer supporting it. Then again it could just be me. Since it does immerse you in Jakku, it may be worth a try. The video below shows each of the 9 scenes in full.

Jakku Spy, a Google Cardboard experience presented by Verizon, is available now on the official Star Wars app, and it’s a new form of Star Wars entertainment. Developed by Lucasfilm’s ILMxLAB studio in conjunction with Google and Verizon, Jakku Spy thrusts you into the role of a Resistance secret agent on Jakku (the desert world from Star Wars: The Force Awakens), envelopes you in stunning virtual reality, and unfolds in a series of story-driven installments. It all leads into Star Wars: The Force Awakens, and there’s never been Star Wars storytelling quite like it.

These are really cool. You can print out these posters, scan them with your phone/tablet, and see an AR BB-8, Storm Trooper, Flame Trooper or K2SO.

Here are the instructions:

I found that the animations lay flat on the poster, so they may look better if you tape the poster to a wall. 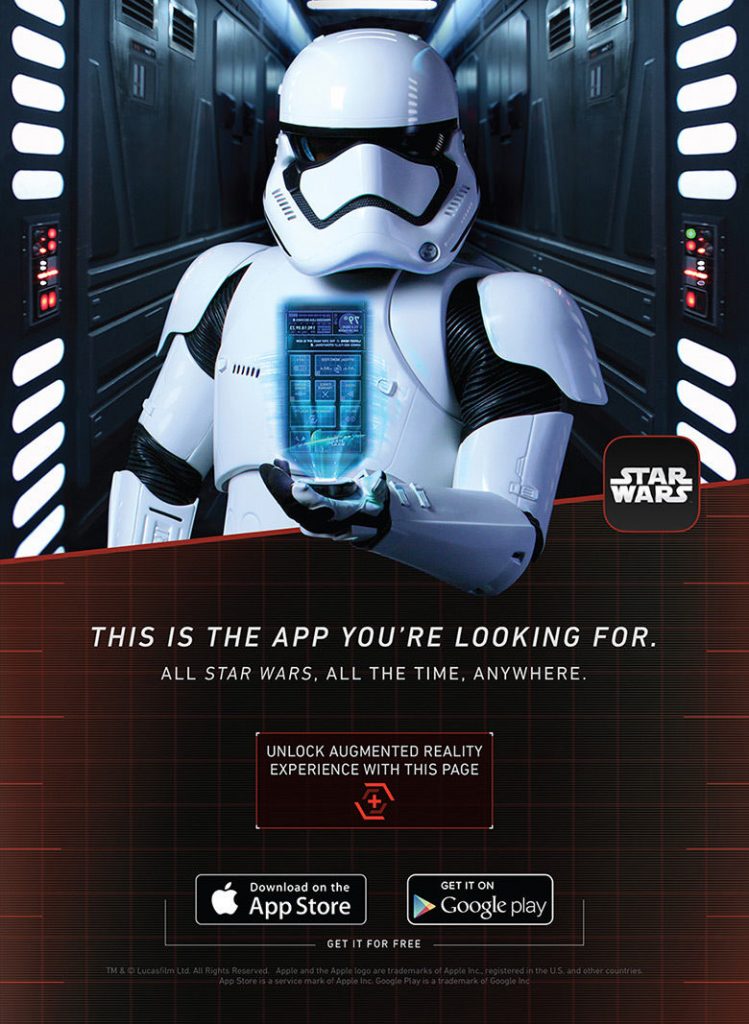