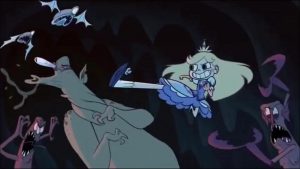 Star vs. Is At This Point A Rather Notorious Series

Being in the review community, it was nearly impossible for me not to be aware of Star vs. the Forces of Evil. The show was one of the earliest popular and story-driven cartoons to define the modern era. So, before I even watched an episode, I knew the ending. I knew what the ships were, and the underlying themes of the later seasons. But I had never sat down and watched an episode before.

And the first thing I noted about this show is I have no idea how it got as popular as it did as fast as it did. That’s not to say the show is not good, but that it’s got a vibe that can repel people. 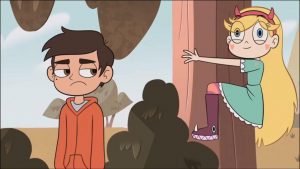 The Show Takes A Little Bit To Come Into Its Own

Like, no bones about it, Star vs. starts as a sugar rush of a show. The early stuff (and I’ve since learned it mellows considerably later) is an avalanche of motion. This extends to how people talk, how they act, and how expressive they are. Most characters consist of big heads with wide mouths and noodle arms. This means they can be defined by frantic gestures and big grins/sad faces. The show seems to want to keep your attention no matter what, and it will have its characters throw utter insanity at you if that’s what it thinks it needs to do.

But I did say I liked this show, right? And I do. Between writing this article and editing it, I binged multiple seasons of the show. So, there’s some stuff it does well.

The first is its characters (except Pony Head most of the time). Star, within an episode, comes across as well-meaning, just reckless. Multiple times watching her I went “no, Star, come on, don’t” in almost those words to my television—but never in an exasperated way. 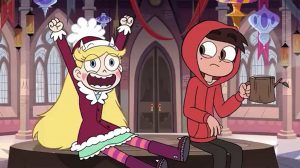 The Characters Are Impulsive But Quite Lovable

And then there’s Marco. He’s a delightful character who gets a lot of growth and development. You’d think in a show with a magical princess the regular guy would not be as interesting—but he can carry entire adventures all his own.

And, because this is Star vs., the show famous for its ship, I must comment I didn’t realize how quickly they teased how good they would be together. Having seen part of season 3, it only gets cuter, if fraught with drama and holding patterns. But romance shows doing that is a different article altogether. Just know, if you want a show with a good relationship at its core, this is a dense and thoughtful take on teenage romance. 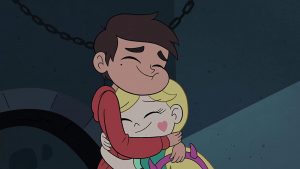 Star vs. Does Its Romance Subplots Really Well

And then there’s the comedy. Some of it is messed up, or maybe even inappropriate in its implications, but there’s weird magic to how it works when it does work. The first episode is so energized that if it does not repel you, then you’ll get acclimated to the pace. And once it has you, it can make you laugh. And it did make me laugh a lot. The later seasons tone it down and become more about adventure, but it’s still got a Looney Tunes/Monty Python logic to its comedy albeit with an often seriously dark edge.

Honestly, Star vs. surprised me. When I started, I did not expect to recommend this show as highly as I do—but it’s a perfect example of this new wave of animation. It’s got the solid fantasy world of She-Ra, the interlocked plotting of Gravity Falls, and the heavier subject matters of Stephen Universe. Those shows certainly have their issues, as does this one, but Star vs. is worth your time if you want a breezy, interesting, and occasionally poignant animated show to watch during free moments. It takes a little time to understand its magic, but it does have it all the same. 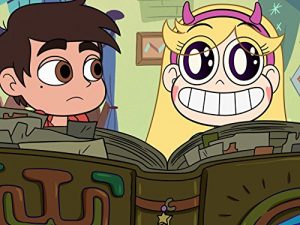