Roman and Drake have enemies all over the Sector. They manage to come up with a pretty clever idea to turn them against each other.

After Roman fails to convince the Atrian Council that Castor crashed their ship, he and Drake decide to destroy the Trags’ Suvek and blame it on Castor. Since they used grenades from Castor’s secret cache, Trag leader Vega sends her forces out to kill him. However Vega’s daughter, Teri, feeling unappreciated by her mother saves him and seems to join his side. With Castor’s right to rule revoked after the Council learns of his grenade stash it seems like a total victory. The last scene of the episode, however, shows that the Suvek was built to survive an explosion and the planned attack on the humans is still on. 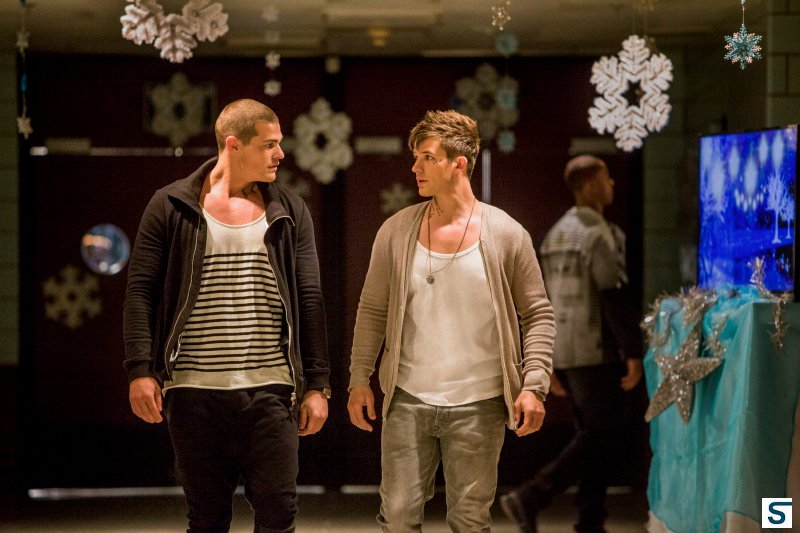 Everyone wants to kill us bro.

I find it absolutely incredible that the Council finds it hard to believe Roman just because of his relationship with Emery. You would think an accusation of plotting against their own kind would trump someone dating a human girl.

I’m glad that the Suvek hasn’t actually been destroyed, since it serves as one of the main dramatic elements going into the final two episodes. I’m also really curious as to what exactly it does and we probably won’t find out if it gets blown away.

Drake, however, has other problems to worry about. Taylor has recently discovered that when she cries, her tears start glowing. That is one of the signs that an Atrian woman is carrying a child which means Taylor is pregnant with Drake’s child. She’s worried about the normal problems that teenage mothers face with the added complications of carrying an alien baby. Drake assures Taylor that he’ll be there for her and the baby and that everything will be fine.

I like that all of Drake and Taylor’s hooking up has led to something of substance like the pregnancy plot. We already knew that Atrians and humans could have children together and the stages of the pregnancy is something I always wondered about. The concept of children being half Atrian and half human was only briefly touched on with Gloria’s toddler before he was written off the show, so it’s good that we now have another chance to explore that. 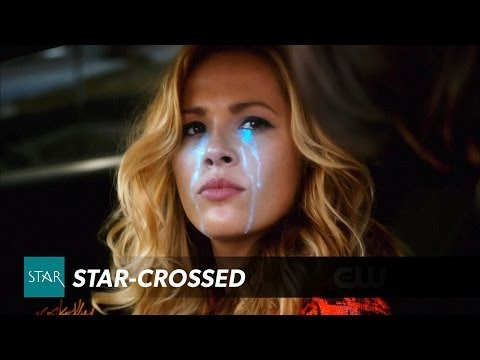 Is there something on my face?

One person who doesn’t think the pregnancy is happy news is Vartan (played by Marcus Hester), one of the leaders of the old violent Red Hawks. After searching through Emery and Taylor’s online history at a local café, he thinks it’s Emery who’s pregnant and tries to convince Grayson that they need to take action. Grayson refuses, so Vartan goes to the school dance and tries to kidnap Emery to have her tested. Grayson and his non-violent Red Hawks stop Vartan and have him arrested, which convinces Emery that these new Red Hawks don’t mean harm to Atrians.

Vartan snuck into the dance way too easily, without anyone noticing him. He’s a grown man with a full beard on the dance floor. Nobody thought that was off? It also looks like Grayson’s Red Hawks really are going to be good guys, which is disappointing. Seeing Grayson lead this new group as secondary antagonists would have been much more interesting and fun to watch.

“Oh my God, did I catch some sort of Atrian STD?”

How do people forget to clear their internet history?

“You’re an abomination before God. Being with that alien boy is unnatural.”

Sophia is a great character. It’s too bad that she always gets pushed to the sidelines.