Anything Google can do, Facebook can do better.  So thinks Mark Zuckerberg the billionaire founder of the definitive social media platform.  To give Zuckerberg his due, pretty much everything that’s introduced on Facebook gets used by the 1.393 billion active users (figures accurate as of February 28th 2015).  Spherical video will be another fun addition for the social media giant and guaranteed to either annoy or delight the community.  It’s already gone down a storm on YouTube so it was a logical leap for the software to jump onto Facebook.

What is Spherical Video?

For anyone who doesn’t log into Facebook, Google or the Web in general from the moment they wake up, don’t feel ashamed.  I don’t either and I’m getting along fine and dandy, thank you very much.  However, for everyone else already bored from reading this post, feel free to go to back to Facebook and post random crap like we all do every other day.

For the uninitiated, spherical video allows the user to move the camera angle of a video as it is playing.  Sounds simple enough when you say it but what does that actually mean?  Basically you can move the camera 360 degrees around any image or video taken on your phone camera or any other digital device that supports the feature.  To demonstrate here’s a little sample below.

Pretty cool eh?  Well yes and no.  When I first saw the feature being demonstrated on a still image I understood more about why people were getting excited.  However, I didn’t quite understand the fuss over the video element.  To me it looks like someone has taken a really bad trip on LSD when you play the ski clip above.  That said, a Luddite such as me is not totally opposed to the social benefits this software can bring.  After all, seeing someone wipe out from a 360 degree view is always worth a laugh.  Personally, I think there are more useful and exciting applications for the software: a new aircraft being tested, space exploration, ocean cartography and exploration, to name but a few. 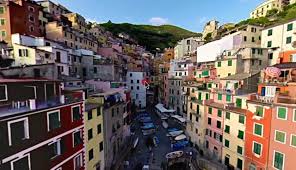 If you have the software on your phone or other camera device installed, you will be able to post pictures that allow other users to see a 360 degree view of whatever image you’ve taken.  Whether that’s your messy bedroom, a field in the middle of nowhere or you walking down the street; the options are endless and/or pointless.

So welcome to the world of irritating cat photos now available in 360 degrees.

If you enjoyed Allen’s LSD trip (this is a joke, Allen did not actually take LSD), you can find more of his work right HERE on Sci-Fi Bloggers. You may also visit his website by clicking HERE or follow him on Twitter @TheOnlyJohnnyA.