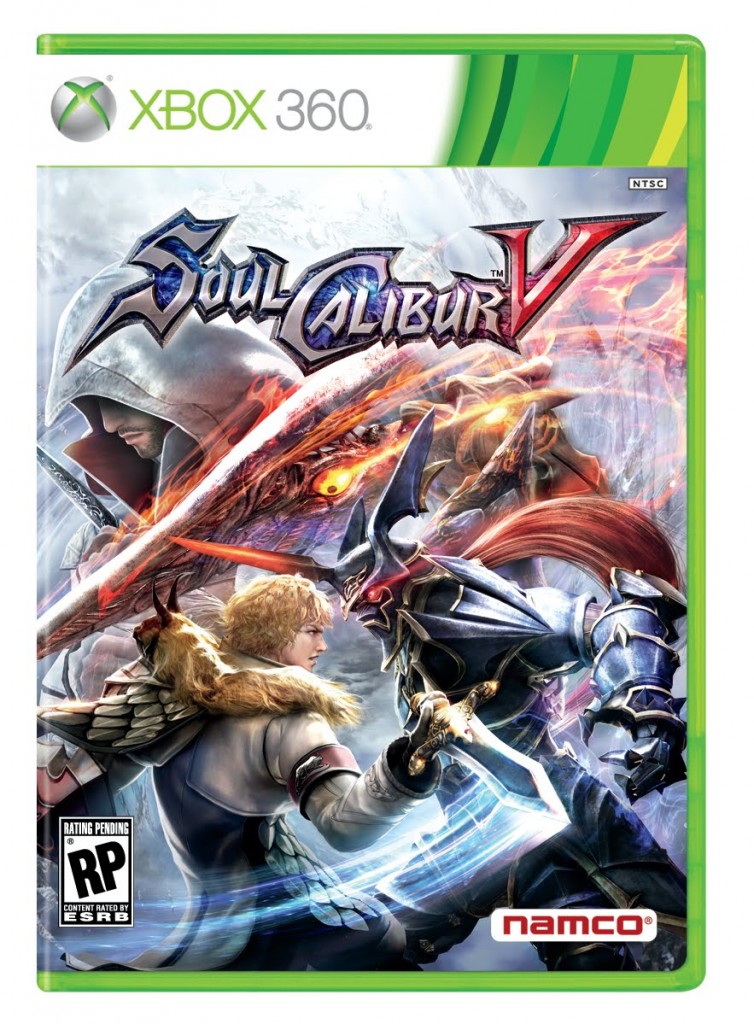 So you want to play SoulCalibur V.  However, you don’t know how.  All you know how to do is mash buttons, which never ends up working out well against anyone who has even a basic knowledge of a character.  The following is going to teach you how to effectively play with Nightmare, who has become the series’ trademark.

(Note: To denote directional stick movement, I’m going to use arrows, except for diagonal inputs, which I will use a slash for. /=down and back, =down and forward.  Two arrows will mean to tap it twice or hold it (as in, running attacks). ← is away from the opponent, and → is towards the opponent.)

The first thing to know about Nightmare is that he is not fast.  Do not try and mash buttons with him, because it will not work.  He excels at keeping the opponent at range and crushing their defense with mix-ups and powerful strikes.  You never want to let up on the attack with Nightmare.  Keep the opponent guessing and keep attacking to succeed.

If the enemy gets close to you, either grab them or guard until you see an opening.  Then hit them with a fast attack and don’t let up.  A good move for this purpose is ←B,B.  This is a very fast move that does good damage and knocks the enemy away from you.  From that position, you’re able to use Nightmare’s more destructive moves.  For instance using his \Y to enter his Night Side stance.  From there, X-Y(Slide your finger from X to Y) is a powerful move.  If you enter Night Side stance and the opponent is close to you or blocks your attack, don’t try to guard.  Either use X-Y (which is a very fast move) or use B, which can easily stun the opponent and send them to the ground at your feet.  From  there use ↓X+Y.  This will do good damage and build up your critical edge gauge very fast.

Nightmare’s mix ups are very powerful.  He has a lot of them.  Two of the best are X, ↓X,X, which will switch from a high attack to a very damaging low attack.  He also has \X,X which is a fast, powerful mid attack that can be changed to \X, ↓X. This switches the send attack to a low one.  Attacks like these are very difficult to block, so use them often.

Nightmare has two grabs that can throw the opponent out of the ring when he has his back to the edge.  These are Y+A and crouching Y+A.  Use these to turn the tables when you’re not doing so well in a round.

X+Y is a very powerful move.  It’s safe on block for the most part, blocks the 8 way run, and is a powerful counter if you can time it right.  Nightmare’s other counter is his critical edge.  This will counter the enemy attack and cause massive damage.  If the enemy lets him sit there and charge it for a bit it can cause 80% of the opponent’s health!  However, if you don’t get that counter right away, it is easy to dodge, so keep that in mind.  Practice countering before you try to use it.

A word of warning, Nightmare has many powerful Y attacks.  These are easily strafed though.  In order to prevent that from happening, you need to be cautious when you use them.  Against a good opponent you’ll get strafed every time you attack and end up taking damage.  So always mix it up and keep the enemy on their toes.  Don’t become predictable and be careful.

Just keep attacking and never stop mixing it up and figuring out more combos.  Most of Nightmare’s moves can end up stringing together one way or another, so you should always be able to keep the pressure up.  If you can do that and watch out for strafing, then you should be able to play well against any opponent.