Almost a year before the 2008 film Cloverfield was released there was a detailed viral marketing campaign that was cluing fans in on exclusive plot points before the film was released. Fans were able to dig into characters’ personal MySpace pages (hey, it was 2008) and sift through the mysteries of the Tagruato company and the illustrious Slusho.

So when fans realized that the film’s “blood” relative was coming this March everyone wondered if there was time to dive into the alternative reality game (ARG). There were doubts that much could be done in two short months and the sequel wasn’t originally a sequel but it’s own original film entitled The Cellar. After some rewrites it’s now 10 Cloverfield Lane and in the months leading up to the March 11th release date the ARG has been in full and impressive effect.

Over on the film’s subreddit there is an impressive list of all theories and tie-ins to lead you through the beginning of the game but there’s still plenty of sleuthing to be done! Fans have dug through source codes, emails, cryptic websites and a survival simulator to obtain information. After digging through a set of several different trailers for the film a set of coordinates were revealed and a brave user named MugensKeeper dug through some Louisiana dirt and found a full-on survival kit beneath the ground. The video is here and it’s sort of insane yet incredibly exciting.

I encourage fans to check out the subreddit and join the investigation. A fun addition to the game is the podcast Cloverfeels hosted by YouTube comedians and Cloverfield superfans Steve Zaragoza and Mike Falzone who release episodes each Monday and Friday discussing the events of the game as well as interacting with fans through their Twitter and subreddit about theories and leads. 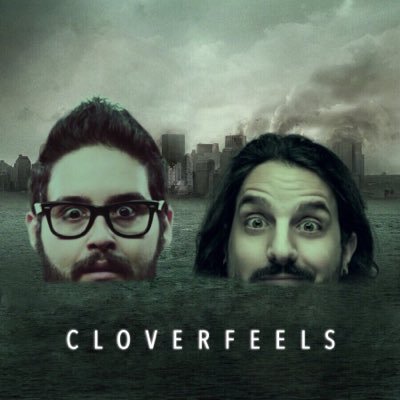 So go ahead and get your Sherlock on!

If you enjoyed Carly’s feels, you can find the rest of her work right HERE on Sci-Fi Bloggers. You can also follow her on Twitter @MrsCarlyRodgers.