At first glance, the opening scene for the sci-fi short Merv appears to focus on a lost Tusken Raider. But before any Star Wars fans get too excited, he turns out to be an ordinary guy.

The titular character, Merv, spends his days walking around a desolate wasteland collecting supplies to keep himself alive. His nights are spent trying to keep himself entertained, playing solitary chess and fiddling with his radio. The loneliness and sadness in Merv’s eyes are palpable as he goes through this daily routine. 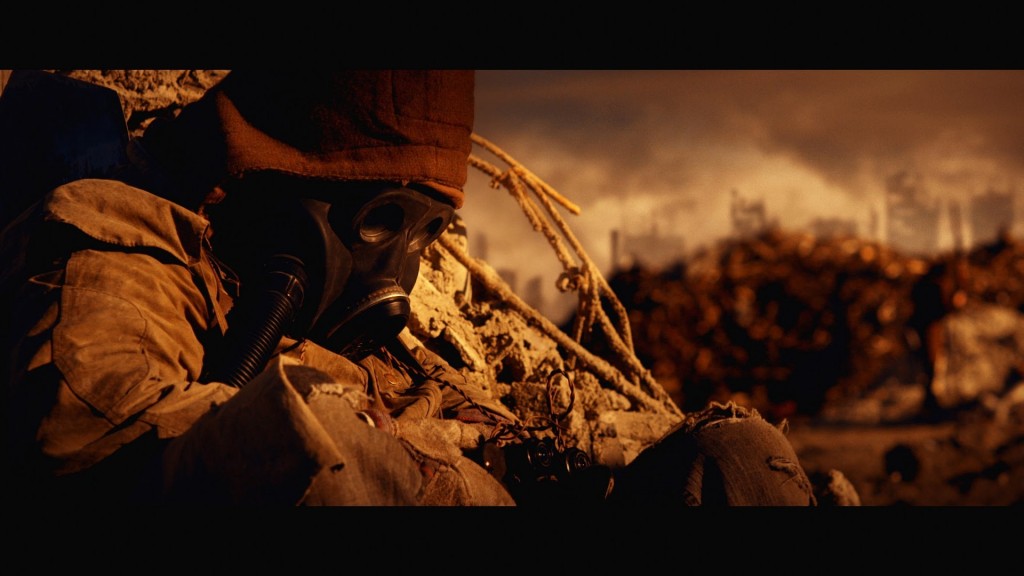 Merv could be looked at like a live-action version of Wall-E, with the main protagonist being a human instead of a robot. The films are the same in that there is little to no dialogue and they both rely heavily on music in most scenes. Merv never explains where on Earth it takes place or what happened to the world, but that’s not the main point of the film. It’s the intense isolation this man suffers.

During one of his daily searches for material, Merv encounters another survivor dressed in similar protective gear. After a brief pause he charges and launces an attack at this person who flees. The rest of the film revolves around their impending meeting/battle.

I liked how Merv’s attack of the mystery person was never clearly explained at first. Was he afraid the other person was hostile or had he been alone for so long he was unable to process human contact? It was fascinating to watch the outcome when they inevitably confronted each other.

People who like post-apocalyptic films will definitely enjoy this sci-fi short, it’s a great look at the psyche of people in this kind of situation.