There is just one word to describe my reaction after watching the sixth episode of season four of Game of Thrones: FINALLY! Because yes, finally, we have returned to the good old Game of Thrones vibe composed of secrets, lies, threats, intrigue, sex, constant tension and epic scenes dressed with ingenious and, at times, moving dialogue.

“The Laws of Gods and Men”, not so surprisingly, starts a little slow. The first scene with Stannis Baratheon begging for money at the Iron Bank feels like the common “petting” before action that we’ve become accustomed to throughout the series. Unexpectedly, this particular instance of petting doesn’t overstay its welcome, as we cut to Daenerys, who is discovering that being a true queen doesn’t mean just standing on a terrace watching over a large city with a thoughtful expression. Indeed, she is at last making actual decisions that will, hopefully, lead her down the path she desires, the path to the Iron Throne. 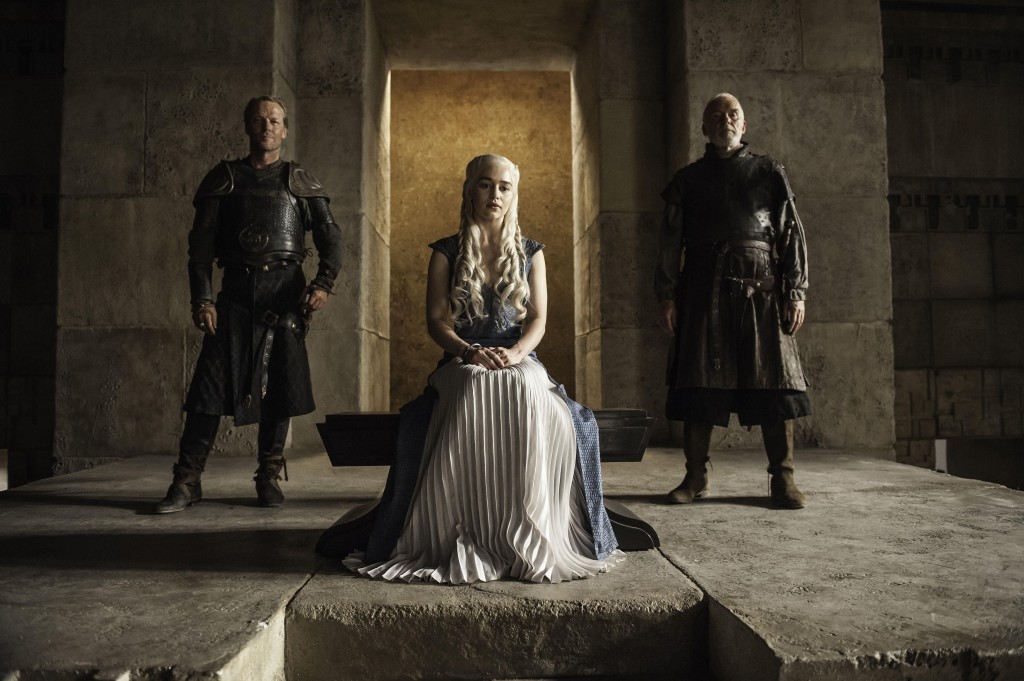 After this brief warm-up, the episode really kicks off, with Theon Greyjoy transformed into a loyal hound after having been tortured mercilessly and deprived of his “favorite toy.” He refuses to be rescued by his sister (who, I must say, is quite the badass) before giving us a glimpse at what the future holds for him. It’ll be interesting to see exactly what his master’s “special mission” is.

Less than halfway through the episode, we arrive (and remain) in King’s Landing, where everything is ready for the little Tyrion’s big trial. It turns out to be, of course, a total farce.

Every person who has ever had a little disagreement or misunderstanding with the suspect testifies against him, while Prince Oberyn climbs the list of “most awesome characters” with his ironic and mischievous comments. Even Jaime is powerless to stop his brother’s verbal massacre. The climax is reached with the appearance of an unforeseen witness, Shae. Instead of following Tyrion’s advice and running away, she’s back with a “vengeful bitch” attitude, ready to take him down once and for all. Hell hath no fury like a woman scorned.

Tyrion, now utterly devastated after seeing the only woman he ever truly loved accusing him of being a murderous rapist, snaps. He explodes, resulting in an unbelievably powerful scene in which he finally acts like the lion he is. 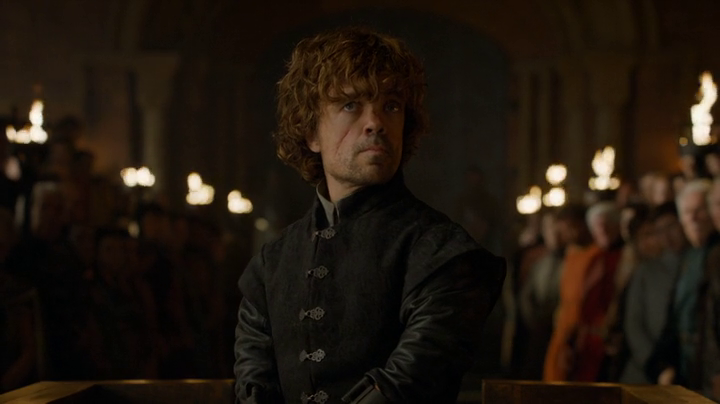 What makes this monologue one of the best in the series, if not the best, is the fact that his words are not only full of rage and hatred, but the product of years of repression, abuse and unforgettable pain that the dwarf has had to carry on his shoulders since the day he was born.

In this episode, any doubts I had were erased. Tyrion is a genuinely good person who, even while being constantly “on trial,” has managed successfully achieve one of the most difficult tasks one can face in this world: maintaining his integrity, no matter the cost.

Tyrion’s madness ends with an amazing look at the next episode: he demands to be judged by the Gods with a “trial by combat.” Something tells me there is only one person in Westeros who the wicked witch Cersei would ever entrust with such a task.

Jamie, it’s on you now. Make your choice: continue loving that “hateful woman” of yours, or move on.

If you enjoyed Alice’s article and would like to read others like it, you can read the rest of her work HERE.