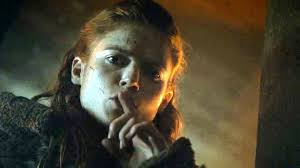 Once again, Game of Thrones proves to be just like that hot asshole you have a secret crush on: there are lots of reasons for which you should hate him, and most of the time he simply pisses you off, but then, with a single swift motion, he is able to make you melt into his arms like snow in summer.

This episode starts, as usual, with something meaningless. We have a quick look at Gilly’s situation, abandoned and alone in a brothel.  Although she’s not having the best of times, she remains one of the strongest women in the series, a mother willing to endure whatever struggles she must to protect her child (a product of a rape, no less). She crosses paths with another powerful female, Ygritte, who gives us a “I’m not a total bitch” scene, followed by Sam ‘s sense of guilt re leaving his loved one with a group of whores that’s just been massacred brutally by the Wildlings. I guess it’s kind of late for that, Sam. 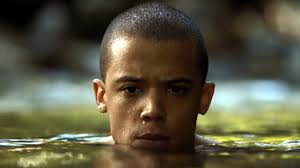 After this “powerful” introduction, we fly on over to the Mother of Dragons, who is, for once, not the main protagonist of her world, lending her seat to Missandei, who discovers that, while you can take away a child’s favorite toy, he will never lose his desire to play. She and Grey Worm share some silent intimacy and mutual respect, finally providing a love story in this world that isn’t made out of convenience or wild instincts.

But let’s not forget who’s in charge here. Dany takes back control of the action and discovers a shocking truth. At last, Ser Jorah’s betrayal to gain Robert Baratheon’s pardon is brought to the Queen’s eyes. She doesn’t take it well and, once again, gives us a taste of her terrible forgiveness skills. Honestly, how the hell is this girl going to run Westeros if she can barely lead without screwing up a single kingdom.

Another unusually active character of this episode is the miserable Theon, who fulfills his duty of pretending to be himself, thus helping his master invade Moat Cailin. This victory gives us a glimpse at something deeply hidden within the cruel and vicious Ramsay Snow, now Ramsay Bolton. He may appear to be a sickening psycho, but it would seem he is, in actuality, just a young kid desperately seeking his father’s approval. How sweet.

Past the halfway point of the episode, we have the regular “let’s see how what’s left of the Stark family is doing” bit. Arya is growing cocky, annoying and petulant more and more every day in the company of the Hound, who is proving to be, in contrast, a very patient babysitter. 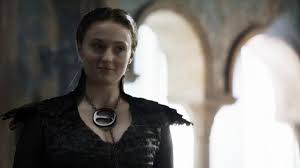 Afterward, something really surprising happens to Sansa: she finally makes a decision for her own! I won’t discuss here if her trust in Littlefinger can be defined as an actually “good” choice, but no pressure, Sansa. The first time is always the hardest, and you will have plenty of other opportunities to improve your skills if Baelish doesn’t throw you out the Moon Door first. 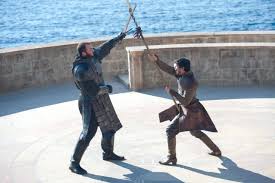 After this forty-minute wait, we finally arrive in King’s Landing for the climax: the trial by combat. Deaf to Tyrion’s warranted advice of “wearing an helmet” and “maybe not drinking” before a fight, Prince Oberyn acts like the badass he is, jumping and twisting around the Mountain, giving vengeful speeches about the way his sister was raped and killed. The Viper should have probably watched a few more movies, because everyone knows that he who “shows and talks” the most is likely to be the one who dies. Indeed, he’s so busy talking that he ends up forgetting the fact that it takes more than a puny stick to bring down a mountain. I won’t even repeat what happens next, let’s just say that Oberyn is probably still regretting not taking Tyrion’s advice about that helmet. 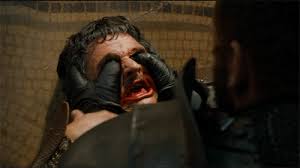 Even if the eighth episode as a whole is once again a melting pot of different scenarios that move the story along one little step at a time, I believe it carries within it two reasons for which we can always say that, while Game of Thrones is getting boring at times, we can’t stop watching it.

First of all, Game of Thrones knows, without question, how to make us jump from our seats. With the last minute alone we totally forget the struggle we’ve been through for the past hour and the only thing we can think is “OH MY GOD” (even if this reaction is evoked by the death of the only character who was bringing some funny, sexy action to this season)! 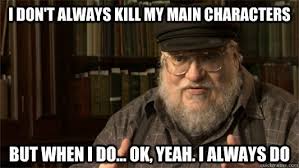 Also, this episode reveals one truth about Game of Thrones that has probably never been really clear: it’s a women’s world. Hear me out: if you stop for a moment to think about it, you’ll notice that the girls in this show are the real badasses. They may be standing next to kings and princes, they may be pleasing their men with appeasement and sex, they may pretend to watch over everything that is happening around them, but they are actually the ones who make the real decisions, especially in this episode. Gilly and Ygritte affirm themselves as independent survivors, Missandei gives us an example of honor and nobility coming from a slave, the Stark sisters are being carried forward by men that they are, in truth, directing on the right path, Cersei is the most powerful, terrible, dangerous, crazy wicked witch you’ve ever seen and Daenerys, well, she is the f*cking Mother of Dragons!

Need more proof of this being factual? The only two men who actually do something in this episode are Theon and Oberyn. How’d they turn out again?