Following a quiet premiere, GoT fans received a seriously intense episode that rivals those of seasons past.

Bran is still hanging with the Three-Eyed Raven who has begun to show him glimpses into his family’s past. We see a young Eddard Stark sparring with his brother, Benjen, while their sister, Lyanna, watches. It’s the first time we’ve seen the elusive Lyanna and could be offering credibility to those fan theories. We even see a young Hodor, better known as Wylis, and he’s able to say more than just “Hodor.” The Raven encourages Bran not to get caught up in the past. Bran wants to share his excitement with Meera, but it’s clear she’s not having as much fun. She has to be convinced by the Child of the Forest that Bran truly needs her. 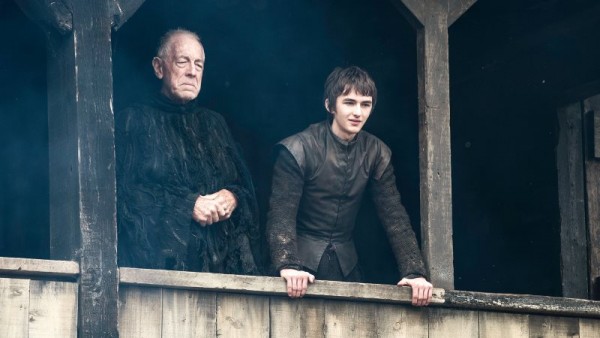 In King’s Landing, a man tells a crowd that when he exposed himself to Cersei during her Walk of Shame that she licked her lips. The drunken story seems to be misplaced but soon, when the man leaves to relieve himself, the soldier known affectionately as “Franken-Mountain” smashes his head into a wall where it deflates like a sad balloon.

He finds his way back to Cersei where she learns that King Tommen has barred her from attending Princess Myrcella’s funeral. Tommen and Jaime discuss Cersei’s treatment over the body of the Princess. The King knows that he has done wrong and we’re reminded the strong presence of the High Sparrow and his soldiers when Jaime threatens him only to be surrounded by the Faith Militant.

Amidst the chaos of Mereen there is little good news. The Masters have taken back cities and now Mereen remains the only free city and Tyrion will need a lot of help to keep it that way. That help is locked away in a dungeon and breathes fire. Varys accompanies Tyrion to the dragons where he begins to form a bond with them by freeing them of their chains. I do hope that eventually we’ll see him ride one. 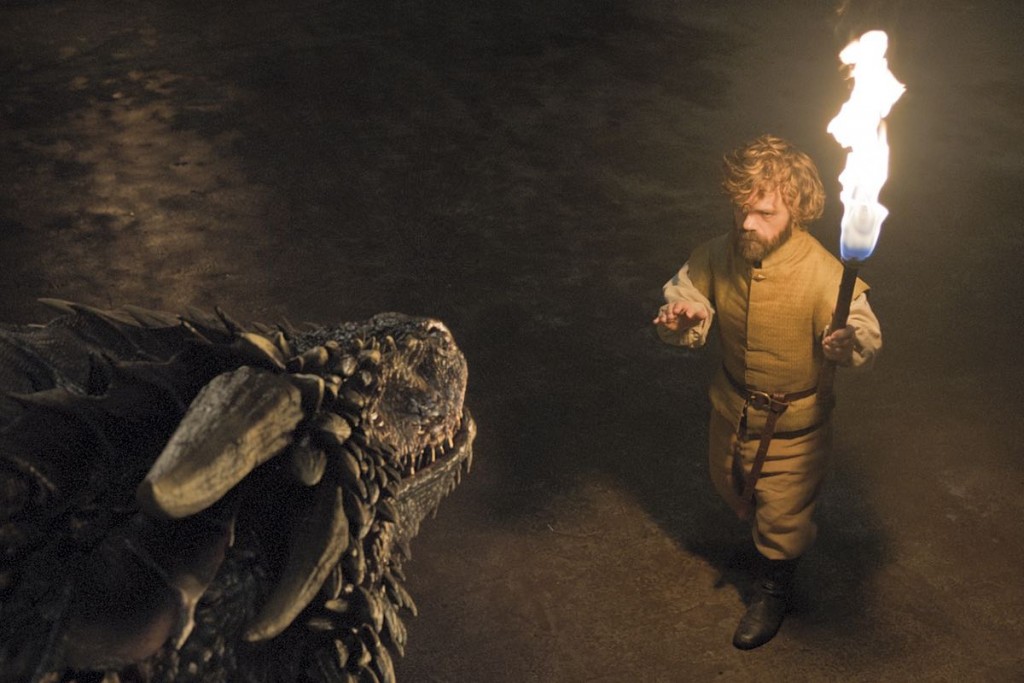 Arya’s story progresses rather quickly as the Waif visits her once more and beats her bloody again. However, Arya is more resilient and is met by Jaqen who tells her that it is no longer necessary for her to beg on the streets of Braavos. This leads her into a (hopefully) interesting storyline.

In a heartbreaking moment, Sansa and Theon part ways once again, with Theon admitting that he doesn’t deserve any Stark’s forgiveness. He’s been through so much and to see him turn away from a chance at seeing his old friend, Jon, and finding safety is stomach-churning.

It’s likely he’ll return to the Iron Islands where his father Balon and sister Yara disagree on the War in the North. Balon retreats from the castle to be confronted by his brother Euron. The conversation goes how most do in the world of Thrones: one is thrown from the swinging bridge and that’s Balon.

The juiciest parts of the episode revolve around the Boltons and the Wall. Ramsay and Roose bicker about Sansa and where she will go and Roose assures Ramsay that he’s acting like a “mad dog.” Just then it is announced that Roose’s wife has given birth to a son. Audience eyes fall to Ramsay who acts surprisingly happy for his father and the two share a touching moment… Right before Ramsay plows a knife between his father’s ribs. He then takes it upon himself to meet the baby and congratulate his father’s wife… In the hounds’ cages. The mother and child don’t last long. 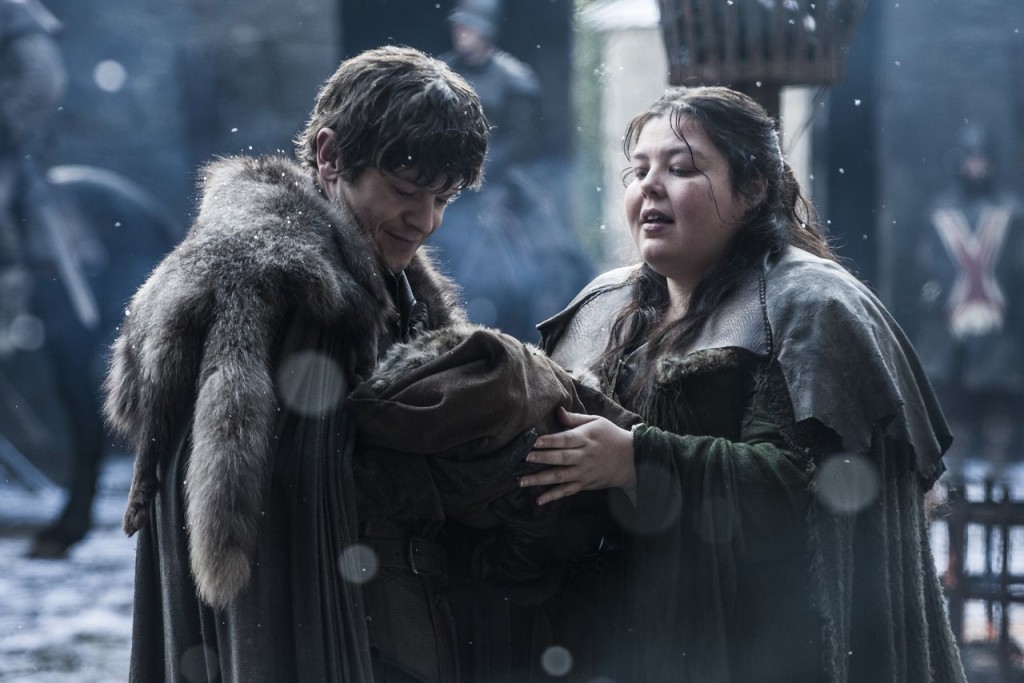 The Wildings have come to the Wall enraged by the death of Jon Snow. They take Thorne and the others as prisoners. Meanwhile, Davos pleads with a broken Melisandre to attempt any sort of magic that might bring Jon back. Jon’s cold, blue body is surrounded by Tormund, Davos, Edd and Melisandre and, after the chants conclude, they trickle out of the room, one by one, hopeless. While the room lies still, a slumbering Wolf wakes up and then… So does Jon Snow.