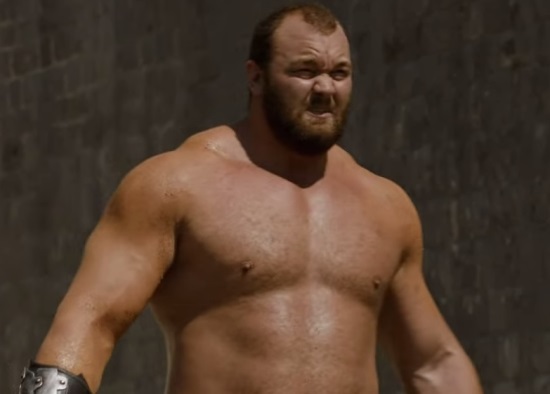 The last episode of Game of Thrones could have easily been entitled “Bonding Moments”. In fact, in the seventh chapter of this fourth season, we basically check in on all of the couples, now en route to different tasks and goals.

The beginning is full of hope, with Tyrion and Jaime discussing the trial and the future combat that will be taking place. Surprisingly, Jaime is not even being considered by Cersei, who now has her eyes on a way bigger and bloodier warrior: the Mountain.

Things only worsen for the poor dwarf, as he is rejected by one of his usually loyal friends, Bronn. Bronn reveals to Tyrion how much he cares about him in a very moving scene. However, he is not stupid enough to go up against a foe he cannot defeat. He wisely admits to Tyrion that “he loves himself more.” 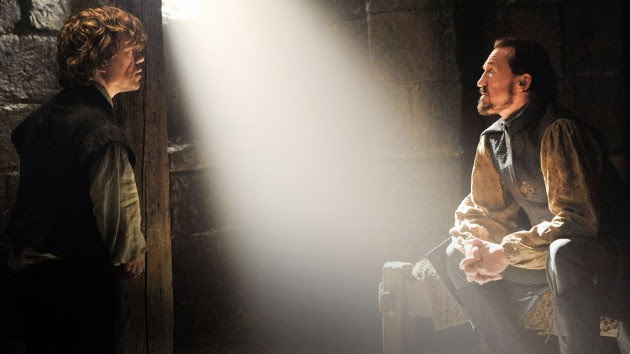 In the meantime, we have our regular glimpse of Arya and the Hound, both of whom are apparently walking very slow since they never reach a definite location. More bonding here, with Arya killing a man on her blacklist and the Hound telling her about his terrible past. Check.

Then, a brief look at the Jon Snow situation: nobody gives a sh*t about him at Castle Black. Check.

Brienne and Pod are on their journey to find Sansa and, after other useless bonding scenes, they happen to discover that Arya is alive, a detail that will eventually pay off. Check.

The seventh episode also briefly examines the Red Witch, who is manipulating everyone with her Lord of Light, even Stannis’ wife, who has the willpower and courage of a snail. Check. 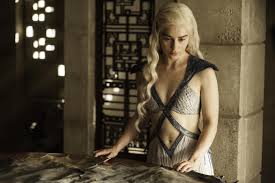 And, of course, we have Daenerys Targaryen, who is really enjoying being Queen. Something tells me that’s partially because she can make Daario do whatever the hell she wants like a capricious kid. The man pleases his queen and obtains what he wants, an order to kill her enemies. Thank God Jorah appears just in time to save the day, making the beautiful Mother of Dragons notice that simply massacring everyone is not very “queen-like” and putting the little girl back to her place. Check.

Back in King’s Landing, Prince Oberyn puts a smile on my face. After a grim tale involving Tyrion’s childhood, he proves yet again just how awesome he is, offering to be the dwarf’s champion against Cersei so that he can get his revenge on the Mountain and the Lannisters.

In the end, we come to Sansa’s misery (nothing new so far). She’s forced to deal with a crazy spoiled cousin who, instead of playing with toys during the day, enjoys the idea of throwing people through the Moon Door. We also get a taste of Littlefinger’s male instincts.

Lord Baelish impresses me for the first time by revealing one of his darkest secrets and what his true feelings have been all along, telling Sansa that he killed Joffrey for a very simple reason, one that genuinely touched me: “Given the opportunity, what do we do to those who hurt the ones we love?” 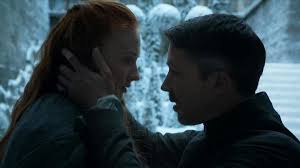 Then, he sends his brand new wife plummeting hundreds of miles to her death. But still, we at least know that there is something inside him more powerful and more important than the darkest of secrets: love.