I didn’t have high expectations for Fear the Walking Dead. I’m just one of those people who is a cynical jerk and thinks spinoffs are usually a waste of television space. The 90-minute pilot premiered on AMC on August 23rd to over 10 million viewers and that’s a cable series launch record. So yeah, a few people were obviously excited.

The opening sequence didn’t freak me out, because I’m jaded. I know what to expect in this world, even if its inhabitants don’t. I had also seen it via frustratingly short clips released online by the network for the last few months. Basically, a young drug-addicted man named Nick, played by Frank Dillane, is the first to come in contact with a Walker but the city of Los Angeles is aloof to this occurring phenomenon. Meanwhile, his estranged family is worried about trivial things like a faulty sink and lack of privacy in the home. 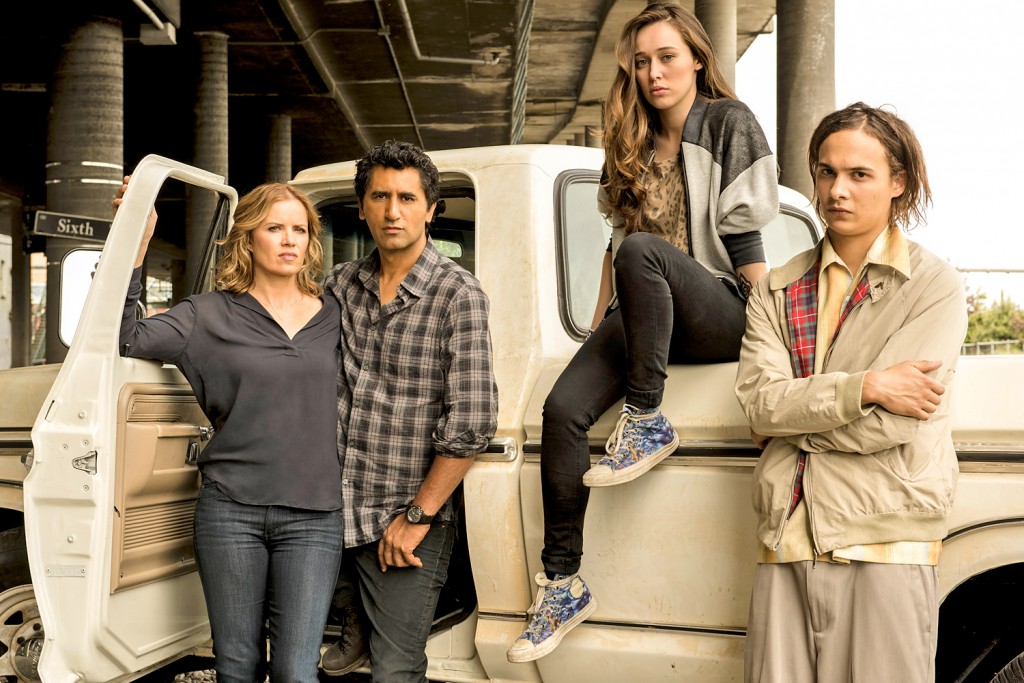 The build-up is a little hard to pay attention to since fans are used to the in-your-face action of the show’s predecessor, but the tension builds as one by one people become aware that something terrible is happening. One student, Tobias, brings a knife to school, warning of impending doom. Slowly, you realize that a large population of people have no idea what to do or what is even happening to them. It raises the stakes since we see it unfold solely from Rick’s point of view in the pilot of The Walking Dead.

It’s a slow, but unnerving burn. The acting is better than expected and it’s a wicked reminder that people were awful to one another before Walkers roamed. The first season is only six episodes, so you have to expect creator Robert Kirkman to bring it in the upcoming weeks. Check out the episode here on AMC’s website.

If you enjoyed Carly’s slow-burning cynicism, you can find the rest of her work right HERE on Sci-Fi Bloggers. You can also follow her on Twitter @MrsCarlyRodgers.