Ever since The Avengers was released in 2012, DC comics has been desperately trying to wrangle their own characters together to compete with the Marvel Juggernaut.   However, before Batman and Superman have even warmed up for their much touted ‘fight’, Joss Whedon has deposited another 2+ hours of “Marvelous” entertainment. 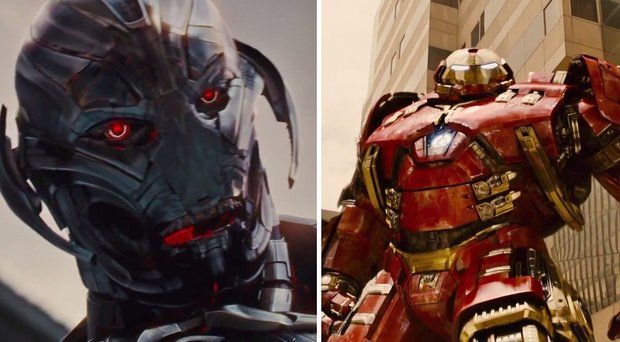 Some detractors I spoke with have accused Age of Ultron of being too fast paced.  One friend and fellow blogger even made the comment that he felt there “wasn’t enough set piece foreplay.”  Considering its predecessor got it in the neck for spending almost the first hour introducing the heroes and action scenes to one another (and the audience), I find it odd that Age of Ultron has received criticism for doing what the fans wanted.

The opening five minutes launches us right into the action with Captain America, Thor, Iron Man, Black Widow, Hawkeye and Hulk storming a Hydra base to retrieve Loki’s scepter.  If you don’t understand any of that, go and see the original Avengers and every other Marvel film released since then.  With that in mind, the joy of Age of Ultron comes with the knowledge that you don’t have to understand the backstory in order to enjoy the film.  Whedon has once again kept his tongue firmly in cheek, crafting a story that sates the fanboys, but winks cheekily at the average cinemagoer.  This is evident within the first twenty minutes as our heroes sit around after a party competing to see who is worthy enough to pick up Thor’s hammer.  The comedy in this scene is littered throughout proceedings.  It provides a lovely counterpoint to the heavy action set pieces that could bore an audience if left to go on too long (Zack Snyder, take note). 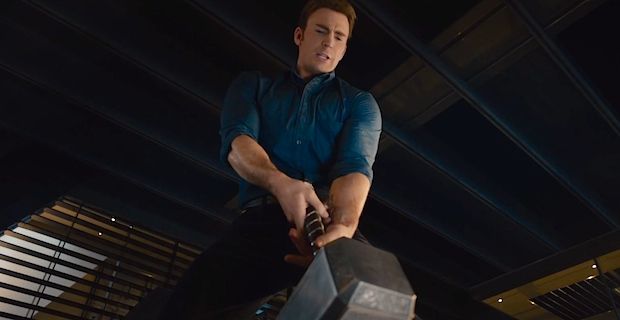 The villainous Ultron (played by James Spader) is a cross between Alan Shore from Boston Legal and E. Edward Grey from Secretary; smart assed sarcastic one minute and creepily sociopathic the next.  He provides the Avengers with a worthy foe and manages to knock Iron Man’s ego down a peg or two.  Ultron’s plan to save humanity by destroying it is hilariously over the top, but never manages to make you roll your eyes in disbelief, mostly because you’re having too much fun seeing what will happen next.

All the Avengers get an almost equal amount of screen time but its Hawkeye, Hulk and Black Widow who benefit the most from Whedon’s storytelling.  Hawkeye becomes more than just “the token dude with the bow and arrow” and has several wonderful scenes that showcase his background.  He also gets to mock himself gently as being the one without the superpowers or ninja skills.  Both Mark Ruffalo and Scarlett Johannson excel in their roles as a touchingly bittersweet romance begins to blossom between the two.

Predominantly, however, this is all about a bunch of superheroes taking on the bad guys in big bold set pieces, and Age of Ultron doesn’t fail to deliver.  From the opening attack on Hydra, to Iron Man’s fisticuffs with the Hulk through to the ridiculously over the top final set piece on a floating island, Whedon has delivered a fun and thoroughly enjoyable film.

With another two Avengers films planned, Earth’s mightiest heroes show no signs of slowing down.  With Batman v Superman looking very dour and depressing, it’s nice to see that someone is remembering comic book heroes for what they are: colorful and entertaining.

If you enjoyed the Age of Allen, you can find more of his work right HERE on Sci-Fi Bloggers. You may also visit his website by clicking HERE or follow him on Twitter @TheOnlyJohnnyA.