Simon Kint (not his real name).  It’s amazing how I can still remember the name of the kid who talked over and mocked my presentation on how sci-fi has influenced so many things in our lives.  I was seventeen years old and this jumped-up, annoying little rhymes-with-skip kept begging our History teacher to get me to shut up.  I was called “nerd,” “pathetic,” “useless,” and other words that may not be appropriate for some of our readers.  I didn’t rise to the little twerp’s bait though, and my presentation received a good round of applause and a lot of questions from my fellow classmates.  Did I think that the internet could become the birthplace of Artificial Intelligence?  Was Star Trek really a social commentary on past and present times?  Could we soon see touch screen technology as standard? 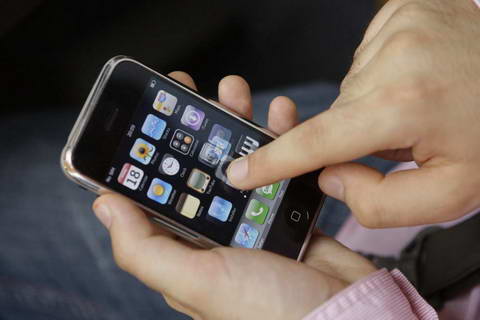 Science fiction predicted the creation of the iPhone before Steve Jobs knew what an apple was.  It has been one of our constant teachers throughout the 20th and 21st Century and many people don’t even notice.

Why are there Simon Kints in this world?

Fear.  Fear of the unknown.  Fear that what you don’t know might hurt you.  It took me a long time to understand the reason behind Simon’s taunts.  He was afraid.  He was happy with the world he could see and touch.  Like many people, he feared change.  He couldn’t begin to understand that science fiction is often the test bed of philosophical and scientific theories that then get made a reality. 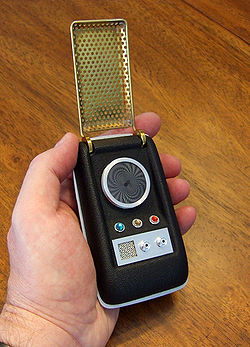 All the technology we take for granted was initially a dream in some boffin’s head.  The reason science fiction is often the butt of jokes is because it shows a radically different reality to the one that we’re living in.   The difference lies in the speed of change in the real world versus the world a science fiction film, book or game posits.  In the real world, change happens gradually.  It happens so gradually we just don’t notice. In a science fiction or fantasy story, you are suddenly presented with a reality that is (initially) completely different to what you know and understand.  It’s not surprising that many people don’t like it.  They just can’t bring themselves to accept such a radical challenge to what they can see and feel in their everyday lives.

The Great Teacher of Change

Trotsky is credited for saying that “War is the Locomotive of change.”  He wasn’t wrong, but I would suggest an addendum.  War may be the Locomotive, but science fiction is the forecast.

I got a good grade for my presentation.  Simon Kint got kicked out of the classroom.  Stick that in your pipe and smoke it, twerp!

This piece marks the debut of a new contributor of ours, J.W. Allen. Let’s all give him a warm welcome!