After the emotional roller coaster that was the season one finale, Agent Coulson and his team have hit the ground running with a new villain, Absorbing Man (Carl Creel), and his interest in stealing a level ten 0-8-4 for Hydra.

How seriously cool is Carl Creel? I know that he’s a bad guy, but he doesn’t seem nearly as bad as some of the Hydra agents. He didn’t seem too thrilled when he accidentally killed the waitress. Glad that his whole turning to stone thing is probably not permanent. I’m not ready to say goodbye to this guy yet.

As far as the alien tech that he stole, WHAT IS IT? It’s obviously tied to what’s been going on with Coulson and his mysterious, late-night writing on walls syndrome, but this thing almost looks like a piece to a puzzle. Actually, it reminds me of the Nahdrah Puzzle from Angel. I combed the internet and could not find a photo, but it had symbols all around the different clear-blue pieces that fit together in some really complicated mathematical equation. Whedon fans are not new to references from different Whedonverses. 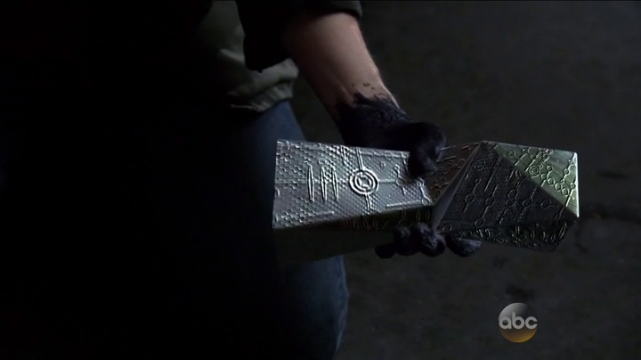 I cannot even fathom why they would cast Lucy Lawless (Xena) in the first episode and then kill her off! S.H.I.E.L.D. could use more badass chicks and they’re dropping like flies! (Where’s Simmons?!)

So our Girl in the Flower Dress can pick up the 0-8-4. What does that mean? Is she an alien? Is that how it works?

“No, it let you live. There’s a difference.” 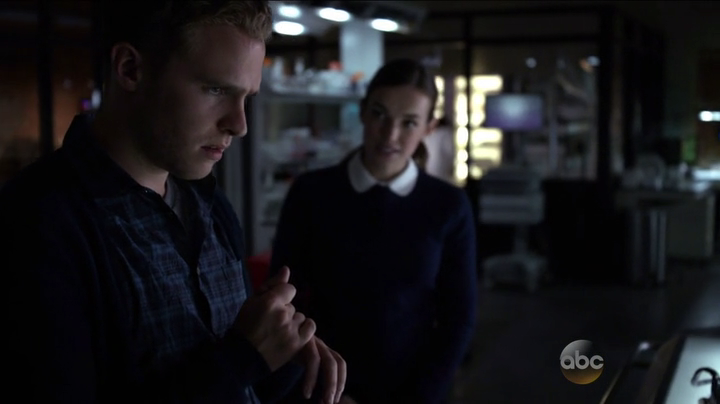 I could definitely tell that something was up with Simmons, but I honestly didn’t see it coming. I knew that Fitz wouldn’t be completely recovered (it’s the Whedon way). The fact that he’s hallucinating Simmons there, constantly giving him guidance and reassurance, is just soul-crushing.

I cannot wait to see what else is in store for this season!