I like the idea of living in space or on another planet as much as the next person–that is to say, when I think about it, I don’t dislike it. It appears, however, that someone in Russia is a lot more in love with the idea of having an address with a lunar postal code. According to a statement that surfaced earlier this year, the Russian space program, Roscosmos, the Russian Academy of Sciences, and Moscow State University have come up with a plan to eventually put cosmonauts on the moon. 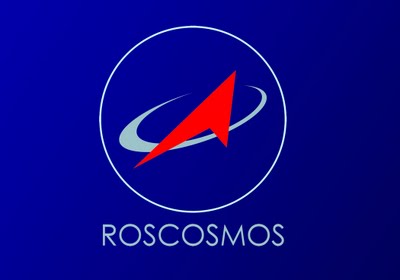 This seems to be the first instance in a few decades that a major world power has revisited the goals of the Cold War “Space Race.”  NASA is still involved in coalition space action, but even so funding for U.S. space exploration has decreased pretty significantly in recent years. Russia’s venture is not just for the sake of exploration though. Russian news agency RIA Novosti quotes the report as saying: “The moon is a space object for the future exploration by terrestrial civilization, and a geopolitical competition for the Moon’s natural resources may begin in the 21st century.” The moon does hold many fairly valuable minerals, but I wonder how true it is that it will be the next site of international mining conflict.

The evidence of lunar polar caps (water) seems to be what is making scientists think this a viable undertaking. But one would not be alone in thinking this plan still a bit more sci-fi than science fact. Russia still has a long way to go in terms of investing in new technology before it even begins to select the lucky moon explorers, let alone moon settlers. Reconnaissance missions come first, with unmanned craft checking everything out just to be sure. Then come the manned trips, with Roscosmos apparently wanting to fund multiple three- or four-year-long lunar missions within the next 16 years.

RIA Nosvosti also reports, “The first four will take place between 2016 and 2025 and will focus on defining the physical and chemical composition of the moon’s south pole, where the future base will be sited. Space roundtrips are scheduled for 2028-30, and manned lunar exploration for 2030-40.” The primary stage of this plan will cost 28.5 billion rubles (about $800 million), so here’s hoping that lunar mining does work out for them in the end.

Russia is not alone in this interest in the stars, however, as the Global Space Exploration Conference in Washington D.C. demonstrated a couple years ago. At that event, the top members of many international space agencies gathered to talk about the future of cooperation, research into robotics for space, and how to traverse asteroids and moons. Who knows if NASA will be spurred on by Russia’s efforts? In any case, that lone American flag on the moon will really be a relic of the past if Roscosmos’ plans work out.

Check out this interactive infographic for a closer look at the various technology needed at each stage of the lunar plan.