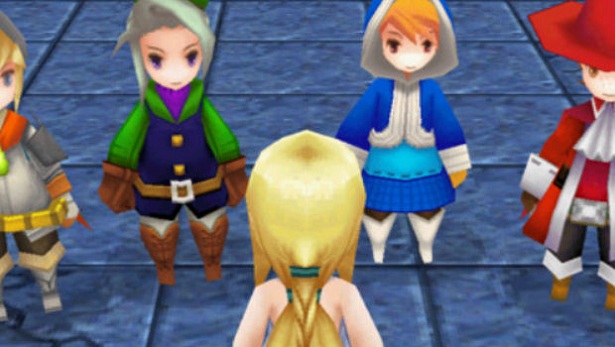 Relating to video gamers often leaves the uninitiated scratching their heads. Gamers have their own world, language, slang, syntax, everything. This article is meant to explore the vocabulary of the RPG video game community.

RPG: Short for Role Playing Game. Players take on the role of the main character. RPGs often take place in fantasy settings a la Lord of the Rings, though science fiction realms are not uncommon. The RPG’s mainstay feature is the character’s stats (strength, agility and so on), which can be improved through further progress.

Stats: Much like players in fantasy football, each character is assigned a numeric value for physical and mental traits. Strength means higher attack power, while agility equates to how fast a character executes a command chosen by the player. Stats can be permanently raised by collecting experience points.

Experience Points: Successful battles with enemies award the player with experience points, which add to one’s total amount. Once a desired number of experience is won, the character “levels up.” The character’s stats ascend, making the controllable characters stronger. Additional abilities (special attacks or magic) are earned when a character has reached a certain “level.”

Levels: A numeric unit of stat growth. Players’ stats grow with each higher level, all of which are governed by an escalating number of experience points. Once enough experience points have been collected from fighting enemies, the character “levels up,” increasing his or her ability, along with the occasional reward of magic spells or character-specific skills. The highest level in an RPG is usually 99, though some games go as high as 200.

Party: A collective term for the characters the player controls in battle. RPGs generally allow for three- or four-member parties, though now and again there is the occasional game having five as its limit.

Grinding: A term meant for continuous acquisition of experience points. Enemies grow in strength as the game progresses, meaning the party characters need to boost their stats in order to keep up. When a gamer grinds, it means he is purposely taking time to do nothing but battle enemies in order to raise characters’ levels.

Random Encounter: When traveling through the sandbox of the RPG world, there is a chance of meeting an enemy every time the characters move. Then the game shifts to its battle mode, and the party dukes it out with the enemy. The “random” part of the encounter is deemed such because there is no predicting when the enemy will strike. This is the typical way the player meets hostiles.

These terms scratch the surface of the RPG rules and conventions. Next article will dig deeper into the mechanics from which the player interacts with the game’s world. Hope you learned something. See you next time!