This piece contains NO SPOILERS. Here are the top five people in the Game of Thrones universe that I would like to have a drink with. 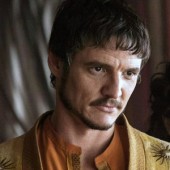 This is an easy one. Obviously you want to grab some drinks with Oberyn. He has plenty of stories to keep conversation going. It’s likely that he’ll flatter you, so that gets him big bonus points. I love compliments. He’s lovable and witty and has the money to pay for round after round. Be careful when leaving your drink around him though, because you never know when the Red Viper will strike. 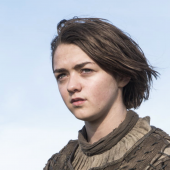 Easy, all right? I’d sit her down for a juice. Many people have been telling me how incredible Arya is and as a character, I agree. However, she seems to have a lot of confidence for someone who frequently gets saved by other people. I would like to have a discussion about her future, maybe some sisterly advice. I want to tell her to be nicer to people and to maybe narrow the list of those she wants to kill since she doesn’t really have the means. I would take her to shoot some arrows. I remember that she likes that.

Aw, man. I would love to pretend to like whiskey around Bronn. He’s such a man, you know? He has lots of stories, mostly offensive and probably graphic, but I could listen to him for hours. There’s also a good chance that he’ll find a fight, which is entertaining. There’s also a chance that he’ll say something that will cause me to throw a drink in his face, and that’s something I’ve always wanted to do. 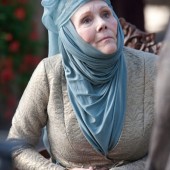 Olenna doesn’t play games. She is not here for small talk or cordial exchanges. She likes to get real. I have a feeling that if you got some red wine in her she would spill every detail of everyone in the Seven Kingdoms and beyond. She’s got the dirt on everyone and she knows how to play the game. She’s probably willing to share her wit and wisdom over a carafe of the good stuff.

It’s too easy, right? There’s no one else I’d rather have a drink with than Tyrion. He has tales, jokes, rumors and quips. He’s going to take you up on the offer whenever you propose and he’s going to be the most fun person in the tavern at any time. He’s seen some shit, but he still has a sense of humor and he could discuss Daddy issues at length. Honestly, no one even came close.

If you enjoyed Carly’s drinks on the house, you can find the rest of her work right HERE on Sci-Fi Bloggers. You can also follow her on Twitter @MrsCarlyRodgers.