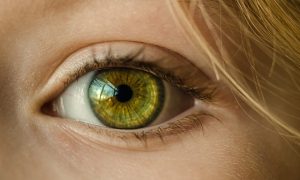 What Of Media Not Created For My Eyes?

In my recent review of Twelve Forever, a cartoon that focused on the experience of growing up, I mentioned how I was fortunate to have a female viewer with me to tell me that the experience of, in this case, receiving a bra as a present around a certain age was extremely accurate. I had assumed, at that moment, that it was—but considering I’m a male reviewer of media, I was simply assuming.

And that got me thinking about a topic that’s got a lot of loaded periphery to it—but I’m trying to not get into political issues of gender here. What I want to focus on is much more myopic: the issue of being a reviewer with limited experience.

This is a loaded statement: but what right do I have to assume something is good or not regarding media not made for me? Well, let’s start even further back with the question, what gives me the right to judge movies and television beyond a normal person? What separates my opinion from literally anyone’s opinion?

Well, perhaps nothing. But then why do critics have any clout at all in the media world? What separates us? Simply put, if someone is a good critic or reviewer, it’s because of knowledge and viewing experience. Aside from people just starting, doing it not as their job, or just doing it for fun, a critic must not only know a lot about media and popular culture but also storytelling. To judge what is good, we need to have hundreds of examples of well-done art, and, perhaps more importantly, we must be able to see bad media and art and understand where they went wrong.

“Subjective” will always be a factor—but there’s a consensus among the general population, or at least the cinephiles, as to what constitutes good storytelling.  Food and flavor are also subjective, but a chef knows what will generally taste good to most people, or they are a bad chef.

Now, there’s the argument of creating. I’m not one to trust reviewers who don’t also make their own things—but even if they don’t that doesn’t make their opinions wrong, as there is value in simply understanding the correct technique, even if one hasn’t done it themselves. Health inspectors don’t need to run restaurants to be health inspectors, after all.

So, that’s the baseline for why critics and reviewers and media analysis-types have some authority, but now we come back to the bigger, pricklier question: movies and television shows that cover specific demographic’s experiences. Twelve Forever is about being twelve, and I can have some input on that because I was twelve, and I can talk about the animation, the sound design, the characters, all of that with some authority as a reviewer, but Reggie, our main character, is also a twelve-year-old girl.

Media Should Have Many Different Perspectives

And I don’t have those affiliated experiences. Sure, I can judge if a character is enjoyable, and the simple nature of shared human experience is usually enough to get me through—growing up, after all, is a universal thing—but what about when media is made for specific people, is made to represent something for that group?

I can certainly enjoy those things, and, hopefully, get a greater understanding of that group, build more empathy, but can I really judge its accuracy? Its effectiveness? Some media’s whole point is to teach, to show, to represent a group—and everything is in service to that. Even the usual things I can judge and do know something about like cinematography or theming is being skewed for a specific reason. Really, for certain things, the only option is to have a reviewer, or at least media-savvy person, on-hand to look it over and give informed opinions.

Now, this means we need more diverse critics and reviewers, which I deeply approve of anyway, but it also means for people like me to try to check our own assumptions should we just assume that tropes and clichés about people’s lives are accurate. Because it might not be, might often not be, and it’s just mentally lazy to assume we always know what we’re talking about in a review.