The X-Files: Fight the Future (1998) from Twentieth Century Fox Films

Who: Directed by Rob Bowman (The A-Team, Castle), co-written by The X-Files creator Chris Carter and show producer Frank Spotnitz, with Gillian Anderson as the impeccable Dana Scully, and David Duchovny as the imperturbable Fox Mulder.

What: Taking place after the TV show’s fourth season and the closing of the FBI’s X-Files, the film finds Scully and Mulder looking for a bomb in a government building. Just when they think the whole search has been a hoax, Mulder stumbles on the explosive device. Unable to stop the bomb from going off, Scully and Mulder soon find themselves under the scrutiny of the FBI as the agency looks for someone to blame for the destruction. To make matters worse, Mulder becomes convinced that the bomb was a cover-up for something even more disturbing and begins sticking his nose where he shouldn’t. Scully has to decide whether to keep following her eccentric partner on yet another wild goose chase or to finally go her own way. 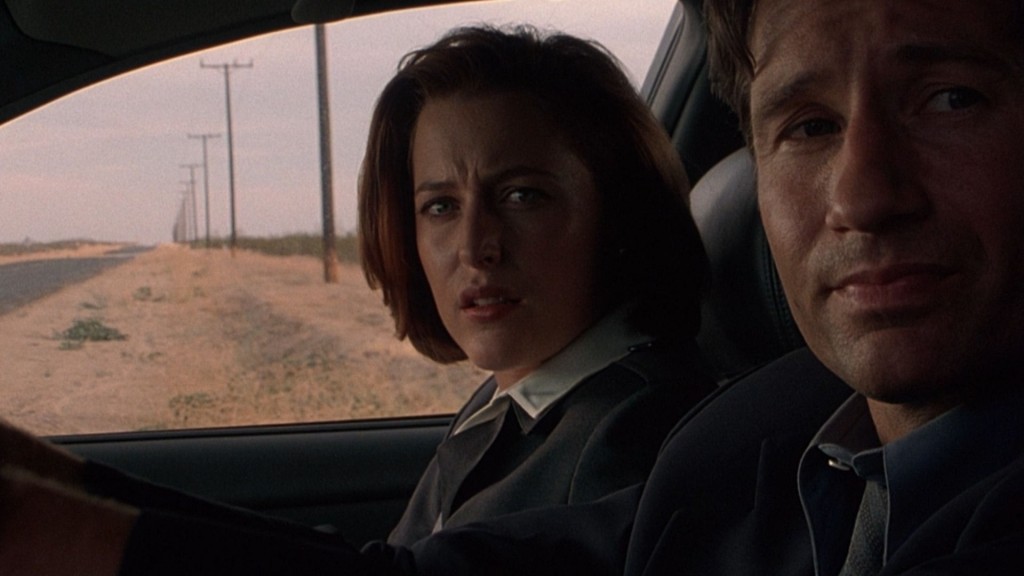 Scully is once more left unconvinced that relying on Mulder’s instincts is the best course of action.

Where: The film takes place in Washington D.C., Texas, England, and the Antarctic. What’s probably the most interesting is that it also takes place in Texas at the point in the ancient past when it looked a lot like snowy Vancouver. Although the crew did hit Dallas, D.C. and England for the bit parts those places played, the majority of the filming took place in California and Canada. Much of the California locations were near Los Angeles, which probably came in handy when the reshoots for the movie had to take place during production of the fifth season of the show.

When: The X-Files garnered nominations for Best Sci-Fi Film, Best Director, Best Actor and Actress and Best Makeup at the 1999 Saturn Awards. It won not one of these awards. It did, however, manage the feat of snagging an award this blogger has never heard of before: the Bogey Award of Germany.

At first, nothing in the list of 1998 releases stands out to a great degree, but among the nominees that shared The X-Files’ categories there are a few worth noting. Michael Bay’s Armageddon and Alex Proyas’ Dark City tied for first for the Best Sci-Fi Film of the year, beating out Deep Impact, Lost in Space, and Star Trek: Insurrection, as well as The X-Files. The award in the makeup department went to John Carpenter’s Vampires because the only thing that’s more fascinating than alien goo is apparently human blood, and James Wood and Drew Barrymore went home with the Best Actor and Actress awards. One could say it was a perfect storm that led to such a dearth of statuettes, but perhaps calling it a conspiracy would be more X-Files appropriate. 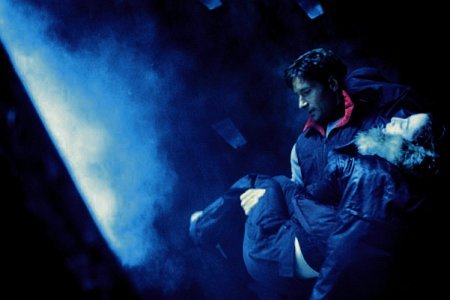 Here they were, freezing to death, and they weren’t even able to find any evidence of yetis.

Why You Should Watch It: The first thing that struck me about this movie is how much fun it is, and that shouldn’t be overlooked. The plot is easily absorbed, the threat fairly large, and Scully and Mulder are as they should be: sometimes at each others’ throats, but always covering each others’ backs. This movie would be a great one for a rainy day or long winter evening if sci-fi is your way to relax. It has the right balance of suspense, adventure and wit to make it a very solid sci-fi film. And for X-Files fans, the whole thing is like a bonus, extra-long episode of the show. Since the gang from said show was involved in the movie, it is also one of the most consistent films based on a series that I can think of.

Why You Could Maybe Skip It: My lukewarm praise above has probably clued you into the fact that this one doesn’t quite make my top ten. Another way to express the idea of “consistent with the TV series” is to ponder why Carter felt the need to make this a movie at all. There are multiple arcs in The X-Files series that are both more exciting and more complex than this entire film. Looking back at the intriguing creatures and creepy scenarios that Carter and his writers were able to come up with in the first few seasons, the aliens and secrets in the movie fall short by comparison. It’s only the worldwide scope of the story that seems to properly fit the scale of a feature film.

Perhaps the more shocking and eerie ideas that are such a trademark of The X-Files were better suited to television’s shorter format. It wouldn’t surprise me if the film suffered from being directed by someone who was more at home wrangling a TV production as well. Rob Bowman is known fairly positively for multiple television series, including work on episodes of the current show, Castle. But look up the names of movies that he’s directed and, aside from The X-Files, these titles appear: Elektra and Reign of Fire. Although Reign of Fire is an illogical, B-class dragon movie, it also manages to be enjoyable as hell. I cannot even begin, however, to address the damage wrought on every party involved in the movie Elektra. The X-Files movie is not a disaster by any means, for like I said, it is better than quite a few other sci-fi films. But the TV show was so amazing that it deserved a better film debut, not one that came off a bit superfluous and overly by-the-numbers.