Night of the Living Dead (1968) from Image Ten Productions

Who: Written by John Russo (Midnight) and George Romero, who also directed, with lumbering zombie makeup by Tony Pantanella (The Crazies) and Regis Survinski (The Crazies, Hungry Wives), and the most underappreciated protagonist of all time played by Duane Jones.

What: Barbra and her brother Johnny go to visit their father’s grave three hours outside of Pittsburgh. While there, they are attacked by a strange, silent man. Barbra manages to run away from him and hide in an abandoned farmhouse. She is soon joined by a man named Ben, and the two try to barricade the house against more infected attackers.

Where: The movie takes place in rural Pennsylvania and was filmed almost exclusively in that state. The opening sequence, for example, takes place in Evans City Cemetery in Evans City, PA. The very cool-sounding town of Zelienople was also used as a location. One scene, involving the military and scientists, takes place in D.C. and was actually filmed there as well. 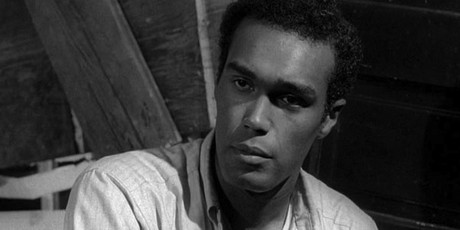 Ben (Duane Jones), the best guy to have by your side in a zombie assault.

When:  2001: A Space Odyssey and Planet of the Apes were released along with Night of the Living Dead in 1968. There is no doubt that all three of these films are considered classics, and have, to one degree or another, influenced the sci-fi movies that have come after them. An interesting question would be which one had the most influence, and I would actually lean toward Romero’s low-budget and less grand film.

2001: A Space Odyssey is one of those films that holds a spot on the sci-fi time line because of our constant obsession with the potential to be betrayed by our own technology, and because of Kubrick’s direction. Planet of the Apes is one of the great Charlton Heston sci-fi films, and has that great twist of an ending that’s pretty hard to beat. It was also the showcase for impressive feats of makeup and production design, and with the second prequel out this summer, there’s no doubt of its lasting interest. But every Living Dead movie, and every other zombie movie, television show and major comic book series ever made, probably owes a tiny bit to Romero’s Night of the Living Dead.

Why You Should Watch It: Romero and Russo were influenced by Richard Matheson’s novel I Am Legend, but the essentials of the zombie in its basic pop culture form are the Romero iteration. That shambling zombie walk, the inevitability of their advance, their dangerous bite, the wretchedness of having to kill a former relative turned zombie, and the politics and squabbling of the survivors all found their start in Night of the Living Dead.

It’s a zombie survival film on a small scale, but that doesn’t mean the violence or the drama isn’t there. In fact, the tighter plot makes it that much better. Ben uses his head, figuring out useful facts, like that fire is a zombie deterrent. Most of the other characters act unwisely, panicking or letting their pride get in the way of thinking clearly. There are race and gender issues here as well, as Ben is the only African American character present and the men make most of the decisions.

The zombies, however, don’t look like what we think of now. Plenty of them are quite grisly, but they’re less in tatters than our modern ones. Because this was the first zombie film, the characters also don’t have any idea what they’re dealing with and don’t actually call them zombies. The radio informs them of “a general explosion of mass homicide” and reports on “things that look like people but act like animals” or “people who acted like they were in a sort of trance.” 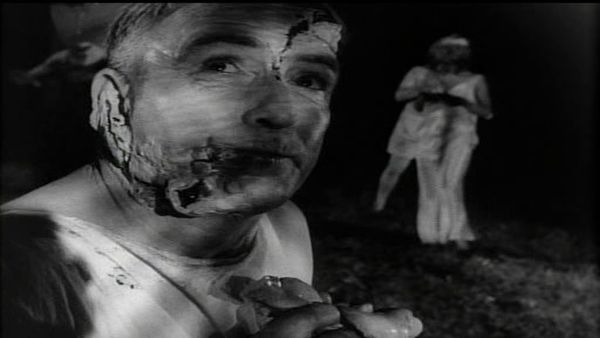 The creatures, or ghouls, as they are named in the film.

I would argue that in some ways, the more human they look, the more scary it is. For example, Barbra’s recollection of being attacked is like that of an assault victim, and the whole setup is like an intense home invasion film. The unexpected way in which the film ends has probably started many a discussion, too. Allegory or not, it’s a film more centered on humans than not-quite-humans and it’s well worth a watch.

Night of the Living Dead never won any awards when it came out, but the Film Preservation Board put it on the American Film Registry in 1999, ensuring that it would, in a sense, never die.

Why You Could Maybe Skip It: This is another film for which I am hard pressed to find reasons not to watch it. I will say, however, that nearly every character except Ben is pretty annoying. It’s to the point that I almost wonder if this film inspired other horror directors to make their characters clueless or selfish in order to inspire enough anger in their audience to keep them involved. If nothing else, anger is an emotional response.

N.B.: Because of a mistake by the distributors, who did not include the copyright phrasing in the credits for the theatrical release after the name changed from Night of the Flesh Eaters to Night of the Living Dead, the film is apparently in the public domain. That being said, it’s probably best to watch the 40th Anniversary Edition of the film if you want it to be in a decent quality.

Also, for those of you who don’t know what “N.B.” means, educate yourselves.