Who: Directed by Michael Anderson (Around the World in Eighty Days (1956)), starring a very blond Michael York as the titular Logan, and the great Peter Ustinov as “Old Man” (he’s actually an important character, don’t worry).

What: In the future, those still alive live in one comfortable dome city and are able to spend their time essentially as they please. Lives end at 30, however, unless one can persevere through the ordeal known as “Carrousel” and be reborn. Some people don’t want to go through that process and instead become deviants known as Runners and try to escape the system. Logan works as a Sandman, and his job is to terminate Runners. One day, he is sent out to hunt down those who have managed to escape the dome itself, and he realizes things are not as they appear. 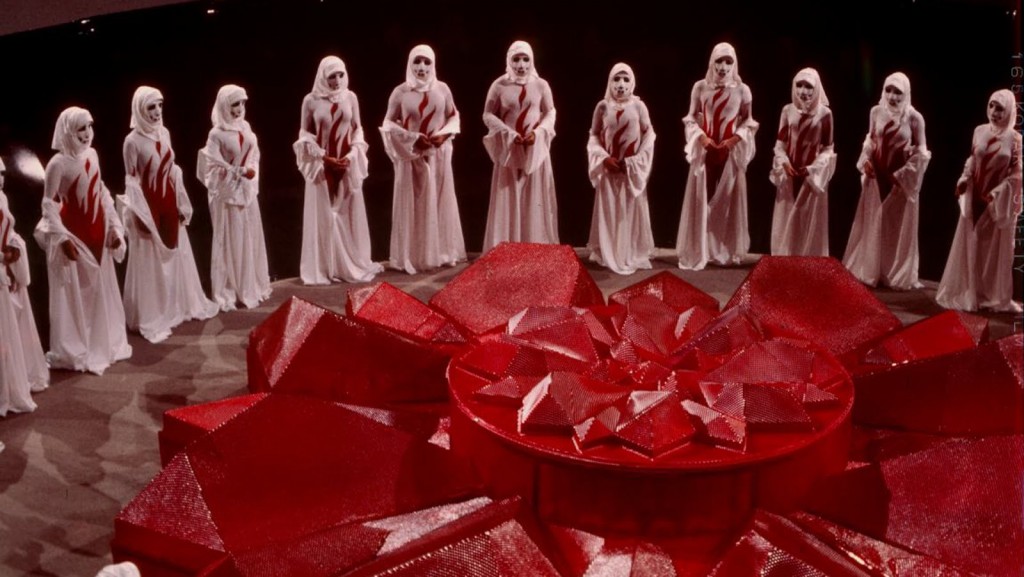 People’s whose time is up prepare for the Carrousel to start.

Where: Filmed in various fancy 1970s hotels and official buildings in Dallas and Fort Worth, Texas, as well as the very exciting sewage disposal plant in California. Some of the larger exteriors were actually miniature models.

When: This movie was released in an era of films that featured civilizations that had dirty secrets. Soylent Green came out three years earlier. Silent Running was four years earlier. The Andromeda Strain, A Clockwork Orange, and THX 1138 all preceded Logan’s Run by five years.  Logan’s Run was probably one of the last of the 1970s “pretty dystopians,” films with fairly lavish set design and creative world-building that tried to provide audiences with an entertainment experience that also heightened their social awareness (slightly). As one can see from comparing something like Westworld (1973) to a film like Escape from the Planet of the Apes (1971), the social commentary came in differing strengths, but it was always there. The more hopeful and adventure-driven Star Wars: A New Hope wouldn’t hit theaters until a year later—and of course it was a game-changer. Plenty of sci-fi films after A New Hope had their fair share of themes pertinent to the time, but the era of nearly every film being a social fairy tales seems to have ended. 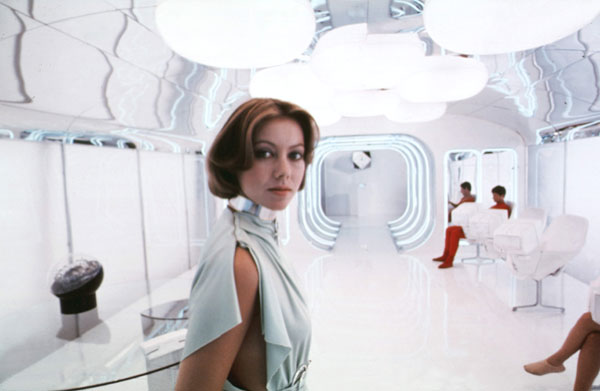 Why You Should Watch It:  Logan’s Run won the Special Achievement Award at the 1977 Academy Awards. It was also honored at the Academy of Science Fiction, Fantasy and Horror Film Awards as the Best Science Fiction Film of 1977. It also won in five other categories at those awards, including Best Cinematography and Best Art Direction. It does have a distinctive look and it’s interesting to see what people thought up for the future. (The instant transporter version of the Tinder app is kind of freaky in my opinion.) The concept of how people would cope with a limited lifespan is always cool to examine, and Logan’s Run does so in an enjoyable and easy-to-follow manner.

Why You Could Maybe Skip It: If I’m honest, though, Logan’s Run feels a bit dated. Frankly, and I can’t believe I’m saying this, the movie In Time (2011) might be a better story about a society of people with limited lifetimes. The reason for this is that In Time threw in the concepts of economic supply and demand, and the resultant social class-ism into the mix. In Logan’s Run, everyone is treated more or less the same (although being a woman seems to be a bit of a bummer), and there is no way anybody was getting around aging at a certain pace. That’s nice and fair, but it also means fewer options when it comes to characters having conflicting goals. The society of In Time is built in ways for some characters to get ahead of others and a reason for the bad guys to want to keep the status quo. It’s more difficult to understand why the status quo is so important in Logan’s Run, so it just doesn’t have that extra edge of drama. 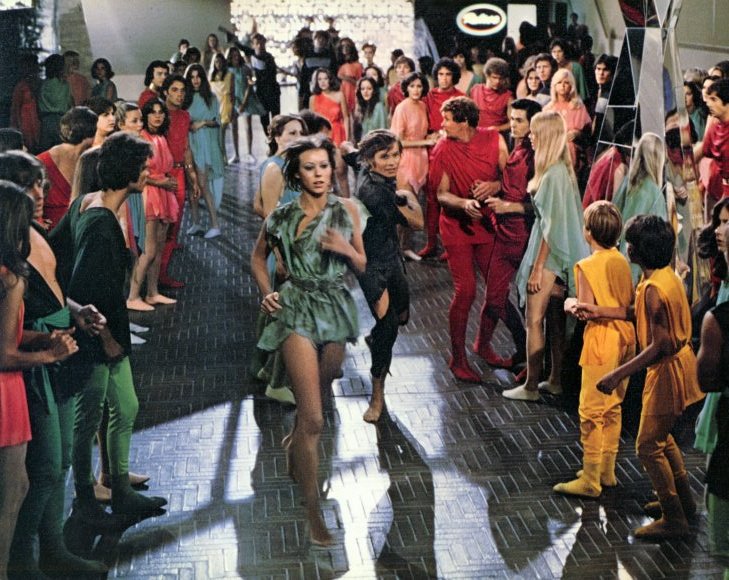 Logan and Jessica actually do some running in this film.