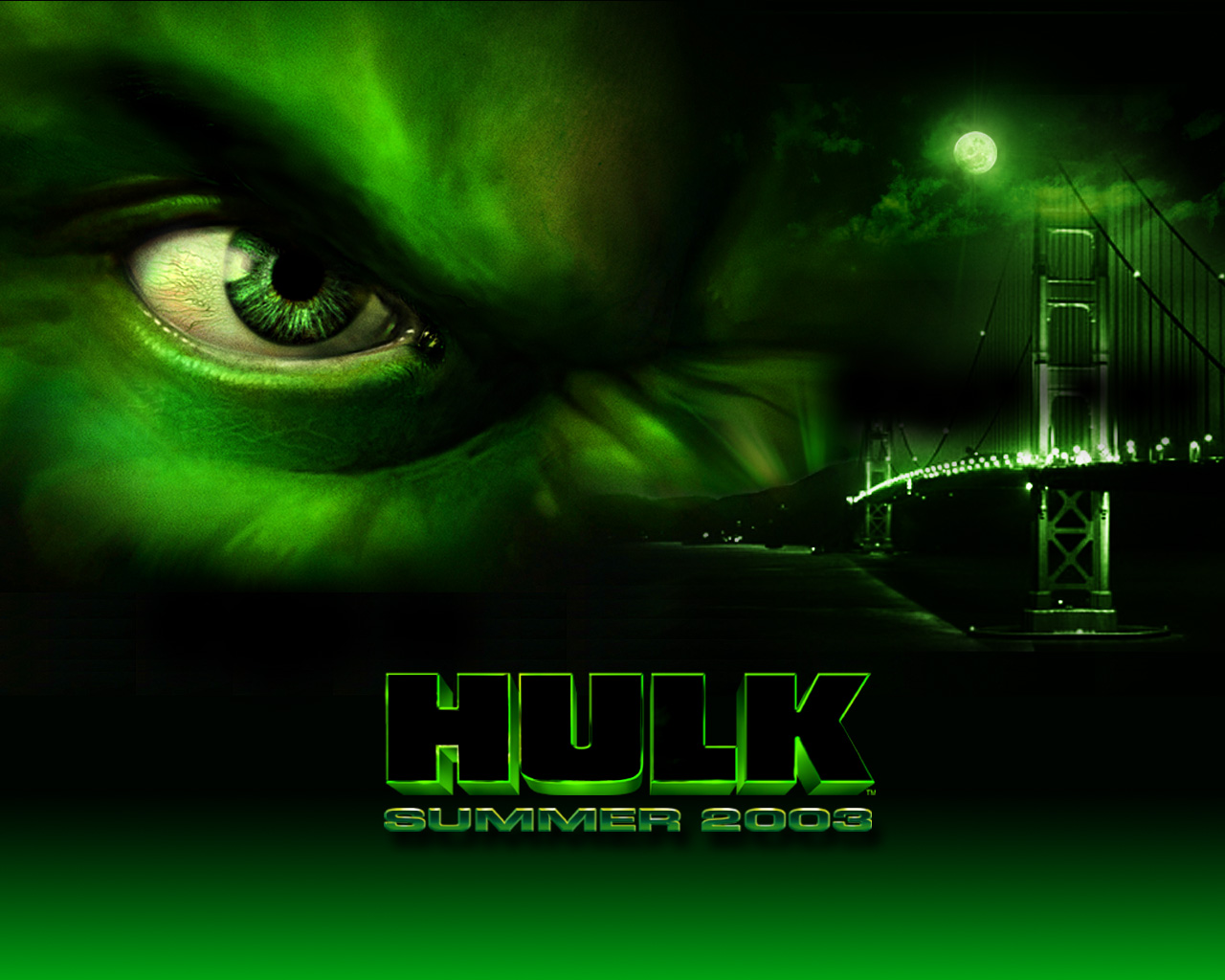 Despite stealing the show in the mega-popular Avengers movie, The Incredible Hulk hasn’t had that much success as a standalone character on the big screen. General wisdom seems to have it that the character works better in small doses, coming in and smashing things when the plot dictates. Both solo feature films to feature the lean, mean rage machine, Hulk and the unrelated The Incredible Hulk from 2008 (remembered more favorably perhaps solely due to its connection with the current Marvel Studios series), underwhelmed at the box office and put a halt to the development of future solo hulk smashing.

Looking back at director Ang Lee’s take on the character after eleven years, however, reveals a somber, thoughtful would-be blockbuster the likes of which hasn’t been attempted in a big screen adaptation of a Marvel comic book character before or since. Hulk is not a film that aims to please its carnage-seeking audience, nor does it even seem like it wants to succeed on the terms clearly agreed upon in the context of a summer action movie.

Nowhere does this seem more apparent than from the very beginning, where a moody score more at home in a suspense thriller plays over a long montage of scientific research. It’s here where Hulk makes its bones as the antithesis to the glorious heights of superhero-ness on the big screen, the main title sequence for Superman: The Movie. While I don’t believe that to be the high watermark of quality–although I do think it’s pretty great–there’s a certain thesis statement being made there. It’s the promise of heroism, romance and wonder all done in a protracted main title sequence. That same feeling doesn’t quite translate when you change some of the details, like in Hulk. Instead of space, we get down into a science lab with close-up shots of DNA. Instead of a heroic, humanoid alien, our main character here is a scientist who turns into green monster when he’s angry. So, fittingly, instead of the soaring John Williams’ music and space, we get Danny Elfman and animal cruelty. We’re not looking up to the best possible example of our cultural ideals in this one. Rather, our noses are being rubbed in toxic familial relationships and repression to the point of extreme emotional outburst. Not your standard superhero fare.

It wouldn’t be doing the character justice if it were, either. While it does follow a similar “origin story” trajectory along the lines of Sam Raimi’s Spider-Man when you boil it down to its most basic form, Hulk deviates heavily when the second half has our hero playing the part of public menace to the point where the U.S. military wants to destroy him. Comparisons to famous monster stories like King Kong and Strange Case of Dr. Jekyll and Mr. Hyde succeed in not placing this film in the black and white morality that superhero movies tend to operate within, something we’ll unfortunately revert back to when it comes time for the reboot/quasi-sequel The Incredible Hulk.You don’t have to look hard at the characters here before seeing this moral ambiguity sink in.

The film begins with David Banner (soon to be Nick Nolte), a scientist trying to perfect human cellular response on a government project somewhere in the desert. When his superior, a general named Ross (soon to be Sam Elliot), puts the kibosh on human testing, Banner goes ahead and does it anyway, but on himself. Instead of this being seen as some noble pursuit, which very well seems to be Banner’s intention initially, it’s ruined by the fact that what he unwittingly passes onto his son genetically, coupled with a devastating childhood memory, cripples the boy emotionally well into adulthood. David is the main antagonist of Hulk, but in many ways he’s the main character as well. Everything in this movie happens because of him, and his pursuit to harness the power he inadvertently “created” in the Hulk for his own means ends tragically for him. A lesser script may have easily positioned him in some cheesy ending towards retribution, but his obvious mental derangement keeps him a major threat to Bruce Banner, and everyone as well, right up until the end.

Speaking of Bruce Banner, it’s high time we talked about the man who becomes the titular character. What makes the Hulk interesting in comparison to other comic book characters is that, as readers, we can fantasize about what we would do if we were endowed with their abilities. The Hulk is different because he would sooner get rid of his powers. He’s dangerous, a menace to everyone around him who isn’t Jennifer Connelly. He isn’t about using his powers to protect the people and learning what it means to be a hero, that would go against the central core of the character. Even when the film finds time for some heroic actions from Bruce Banner, like saving a fellow scientist from the blast of gamma radiation at about the half-hour mark and, later, saving Betty from a pack of Gamma-mutated dogs, great pains are taken to hammer in just how much of an emotional shell this man is. He doesn’t know how to deal with his childhood; like many superheroes, sure, but there’s no montage sequence of him jumping around the city saving kittens out of trees or putting a stop to bank robbers. 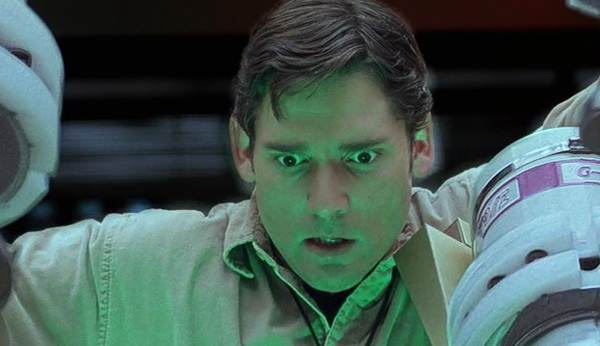 It’s just as well, too. While the movie becomes more or less a chase film for good stretches of its final hour, it always feels like there’s a lot more going on because of the slow build toward it. My main disappointment when it comes to the Edward Norton version is the fact that, by the time we get to that film’s final, seemingly endless, action climax, the story didn’t delve deep enough into the utter desperation it must feel like to be this guy, who can’t get close to enough to anyone in the event he’ll be taken away or hurt them, for us to really care. This story doesn’t have to deal in that kind of territory, and it arguably takes on the least interesting aspect of the source material–being how Bruce Banner becomes the Hulk–but at least it stretches it out into a compelling generational conflict between our four primary characters.

The one taking center stage here is, obviously, the one between Bruce and David Banner. David always seems fairly unhinged, even in the prologue when he’s a younger man, but it’s not until the end of the movie that we realize his ultimate design. Further experiments on himself have given him strange, chameleon-like abilities, potentially powerful yet unstable. David feels like his son, now that he’s shown his “true self,” has taken, or perhaps even incubated, what is his by right, and now he’s come to collect.

The other comes in the form of Betty Ross and her father, simply referred to as Ross throughout the movie. He’s a high-ranking military man. As a means of connecting Betty and Bruce together, the screenwriting gods place the two in the same desert base as young children, yet they never meet each other until later. Her oldest memory of her father is revealed to us as a flashback/dream sequence, where he leaves her alone in an ice cream shop once an explosion (set off by David Banner) destroys the desert base nearby. She feels like she was never a priority to him, indirectly referring to him, and Bruce by extension, as “emotionally distant men.” She’s more than a little distant herself, too, or as much as we can tell, given her interactions with Bruce and the implicit creepiness with which she, Bruce, and we as an audience regard the interactions with a smarmy defense contractor (Josh Lucas). The reconciliation she and her father go through is given short shrift in comparison to the complete wreckage of a relationship that Bruce and David have. It also comes at their expense. 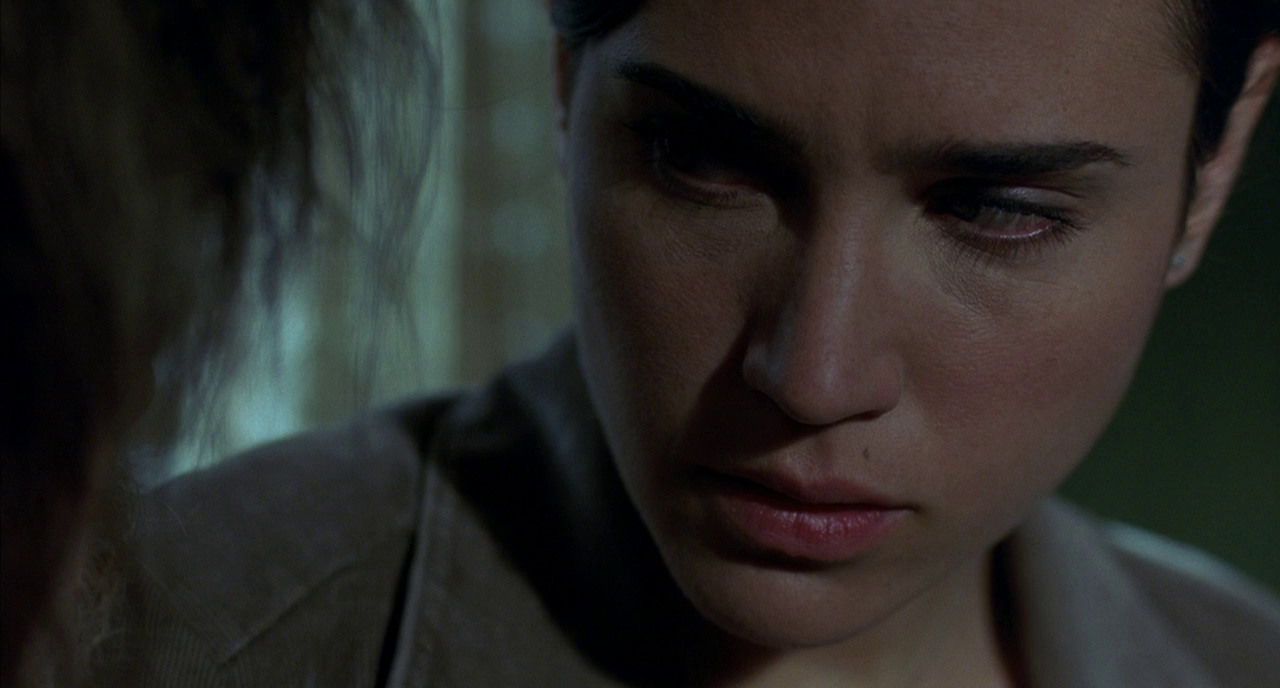 Before I wrap up this half-baked analysis, I should touch on the film’s unusual editing style. Many times the film tries to unfold as if it were an actual comic book, segmenting multiple shots into panel-like split screens. Usually, this eliminates the need for the standard shot-reverse-shot conversations. In other instances, it becomes distracting. Paneling images across or along a page is the only way a comic book can tell a story. The very idea of telling a story in moving pictures makes the paneling redundant. Having said that, the movie makes up for this minor quibble in key scenes, like where the reconciliation between Betty and her father is made plain, if still somewhat tenuous, as they speak to each other long-distance through their cell phones.

Hulk doesn’t deserve its bad reputation. While it may not be as perversely satisfying as The Dark Knight or as sublimely melodramatic as Sam Raimi’s Spider-Man 2, it’s earned the right to be mentioned in the same breath. Its status as the sacrificial lamb among superhero movies, proving there was a limit as to how “artsy” these kinds of films should be allowed to get, is unfortunate, because it’s well worth a watch.