What: In the race to master shrinking technology, Benes is the leading mind. But before he can share his knowledge with the Americans, he is attacked and put in a coma. To save him, and retrieve the valuable information, a team of scientists and a communications officer are shrunk to the size of microbes and sent to eliminate a clot in his brain. But having failed once, the bad guys are likely to try again, and there’s a chance a saboteur has slipped aboard the rescue mission.

Where: Filmed mainly in California backlots, sound stages, and at the Los Angeles Sports Arena, but set in the human body. That’s movie magic for you, folks.

When: In the year of Who’s Afraid of Virginia Woolf? and A Man for All Seasons, the sci-fiction fare (as usual) took second place by a long degree. But coming in at twenty-one out of twenty-five of the top grossing movies for the year isn’t so bad. And Fantastic Voyage was one of the only sci-fi films on that list at all. Fahrenheit 451, Dracula: Prince of Darkness, and Daleks – Invasion of Earth: 2150 A.D. didn’t even nab a place in a box office countdown. 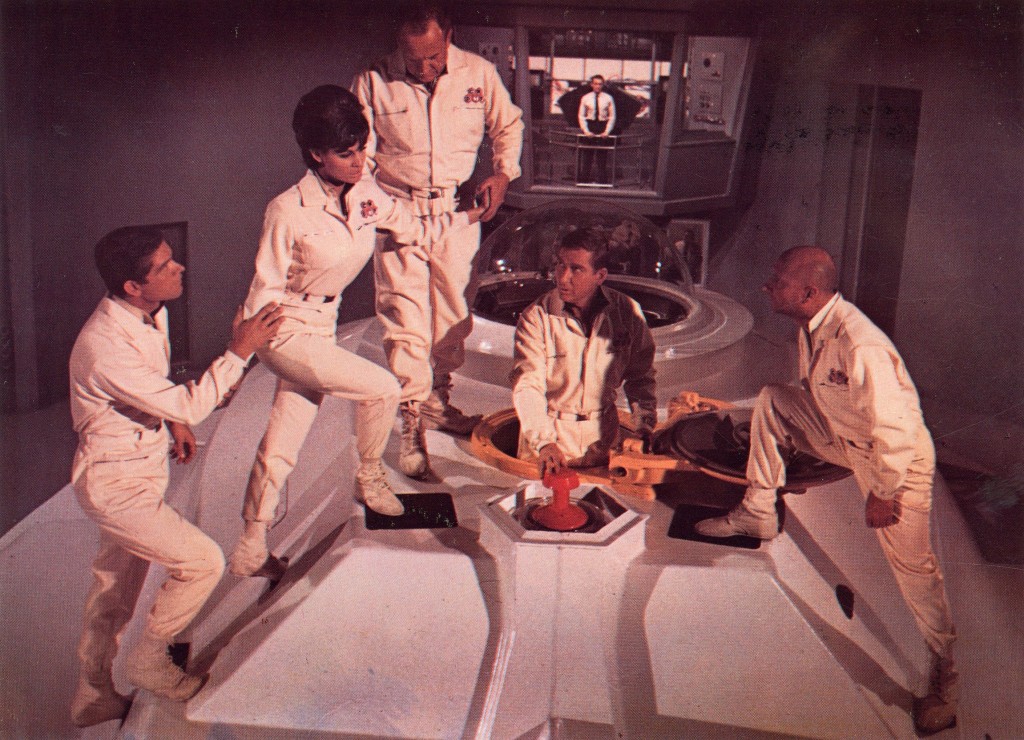 The jumpsuited crew jumps in their sub.

Why You Should Watch It: The film begins with a note that references the marvels of science and the fact that “going to the moon will soon be upon us.” And three years after the film’s release, Apollo 11 would touch down on the moon’s surface. With advances in nanotechnology as they are now, this film is quite the piece of classic sci-fi—a story that at the time was fantasy but perhaps inspired what has become our world of today.

It’s also a fun film, and well set-up in terms of hooking the audience. The goal of the mission is clear, the potential dangers are actually life-threatening, and, however arbitrary it may be, there’s a built-in ticking time bomb (they can only stay miniaturized for 60 minutes). The look of the film is great as well, hitting a nice design spot between the stylized original Star Trek (which began airing a month after this movie was released) and films of the era set in the real world. Even now, with the aid of some dramatic scoring, the bloodstream still seems like a scary place to be.

While there is yet again only one female character and she very obviously eye candy, this is the 1960s, and at least she is an educated woman with an important job. Furthermore, Cora responds well to manly man Grant’s queries about her cooking skills when she demonstrates her handiness with a laser gun.

Why You Could Maybe Skip It: If you can’t handle SFX from before the invention of CGI, then you should stay away. And one of the film’s goals, aside from telling a cool sci-fi tale, is trying inspire wonder in the human body. So if you’re a fed up biology or medical student and can’t handle another second of talk about blood stream content, then stay away as well.

The acting is decent, but nobody was nominated for an Oscar in that category.  Characters seem to make snap judgements about others, or change their opinions for unclear reasons. But perhaps that’s just a look at humanity as well. It’s also one of those stories in which everything that can go wrong does go wrong, and the audience might be shaking their head as to how that could happen. The sabotage plot is not that complicated either. You’ll probably guess the identity of the saboteur well before the other characters do. Also, if you’re really into thinking about the science of it, there are some disappointing gaps in logic and unanswered questions when the film ends. But the movie is still a great find for those who are into practical effects and seeing actors swimming without water.

A Taste of What You’re in For: An explosion severely injures an older man and he’s rushed into surgery in an unknown location in the pre-credits scene and during said credits. Grant (Stephen Boyd), a communications officer with a background that makes him suitable for a top secret mission, is picked up by a government man and taken to a hidden science facility. The head of C.M.D.F. (Combined Miniature Deterrent Forces) explains that they need him to keep an eye on things as they try to save the life of the injured scientist. His name is Benes, and he’s an important person in the field of shrinking things

But Grant’s the everyman type, and while eager to help, he’s not too thrilled about the idea of being shrunk down so that he can swim in a blood vessel. In fact, he keeps telling his commander that he’s not the right man for this sort of mission. But as we meet the commandeering surgeon, his lovely assistant, and the smart navigator, we see that Grant and the Navy pilot are perhaps here to lend an outside point of view. 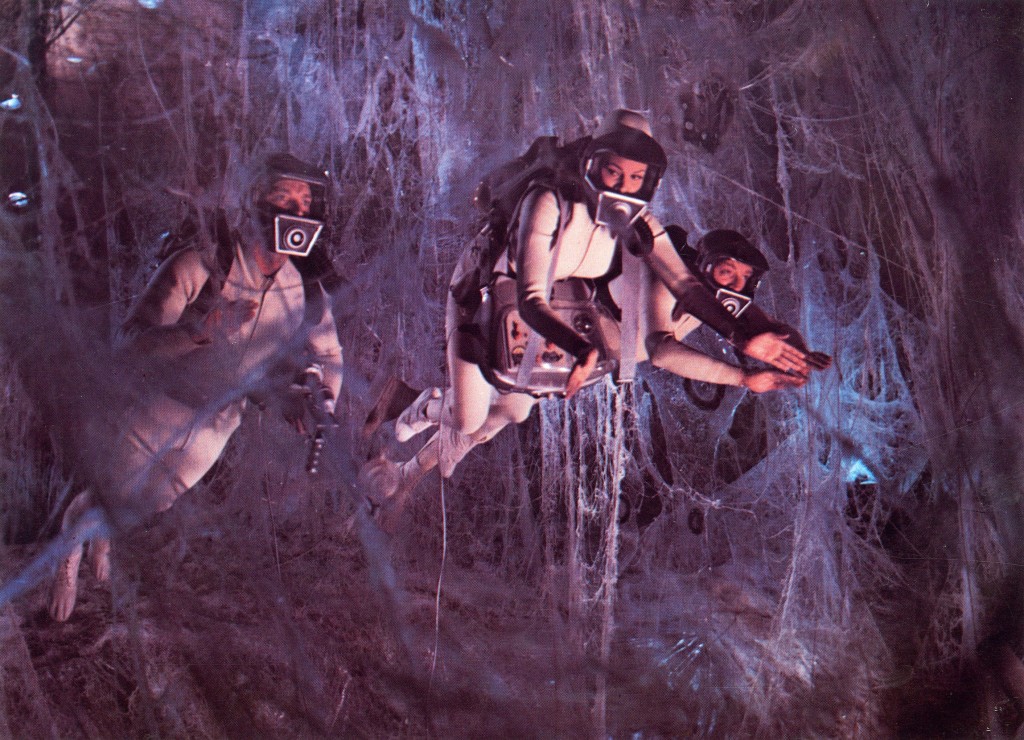 The whole thing looks a lot less messy from the outside.

The plan is simple (but multi-step): 1. The crew and their ship, the Proteus, will be shrunk and injected into Benes’ neck. 2. They will follow his arterial system to his brain. 3. The surgeon will use a laser gun on the blood clot. 4. They will ride Benes’ venous system back down to his neck and be retrieved. And all within one hour. Otherwise, first the white blood cells will begin attacking them, and then they will return to their normal size. Ergo, they will become so big that they will kill Benes on their way out.

Grant finally sees there is nothing he can do and agrees. The team prepares their respective equipment and they are shrunk and inserted into Benes’ bloodstream. After a moment of quiet wonder at the fact that they are sailing inside a person, they are caught in a whirlpool-like disturbance and sucked into Benes’ venous system via an injury he sustained. Just like that, the whole plan has gone awry…