Who: John Carpenter (Halloween, Big Trouble in Little China) directs, Kurt Russell and his eyepatch star as the ex-soldier coerced into being a hero, Snake Plissken, Ernest Borgnine appears as a helpful tax driver, and round-headed Donald Pleasence plays the President.

What: In 1988, the crime rate in America rose by 400% and the whole of Manhattan had to be turned into a prison city to hold the amount of criminals running the streets. In 1997, after Air Force One is hijacked and crashed on Manhattan, Snake Plissken, a criminal about to be placed on the island, is given the mission of rescuing the President in exchange for his freedom. To give him extra incentive, the tough prison warden, Hauk, has explosive capsules implanted in Snake’s neck. Snake has a little over 22 hours to find the President, elude the powerful Duke of New York, and get off of an island that no one ever leaves.

Where: Apparently St. Louis, Missouri stood in for the majority of destroyed Manhattan, although the shots from the bay were actually filmed in New York Harbor and Liberty Island appeared as itself. Other scenes, like some that took place in the outside security buildings and the ground floor of the World Trade Center, were actually filmed in California.

When: Escape from New York was released after Carpenter’s The Fog and horror classic Halloween, but a year before his fantastic sci-fi-horror film, The Thing. It was nominated for Best Science Fiction Film, Best Director, Best Costumes, and Best Make-Up at the Academy of Sci-Fi, Fantasy and Horror Films in 1982. It probably would have won some of those awards had it not been a pretty good year for those genres. Escape from New York had the honor of losing to Superman II, Raiders of the Lost Ark and An American Werewolf in London. (The lesser known Excalibur took home the Costume Award because it was an Arthurian period drama and period pieces always tend to win in that category.) Carpenter was already an industry name (at least among those in the know) and he had more hits to come, and losing to Spielberg for Best Director is nothing to be ashamed of.

Why You Should Watch It: Escape from New York may not be as good as Halloween or The Thing, but it is still quite enjoyable. Because it’s more action and sci-fi than horror, it also marks Carpenter’s first foray into a more mainstream genre. With the likes of Stallone’s Rambo and Schwarzenegger’s Terminator still to come, Kurt Russell’s Snake is the first of many examples of the 80s tough guy stereotype. Snake’s signature eye patch, surprisingly well-cared for hair, and penchant for tight sleeveless tanks make him one of the era’s more easily recognizable archetypes. His ex-army status, disdain for society and snarly independence were, at the time, character traits that were more or less interesting when seen in him, but would reappear again and again ad nauseam in other protagonists of the era. 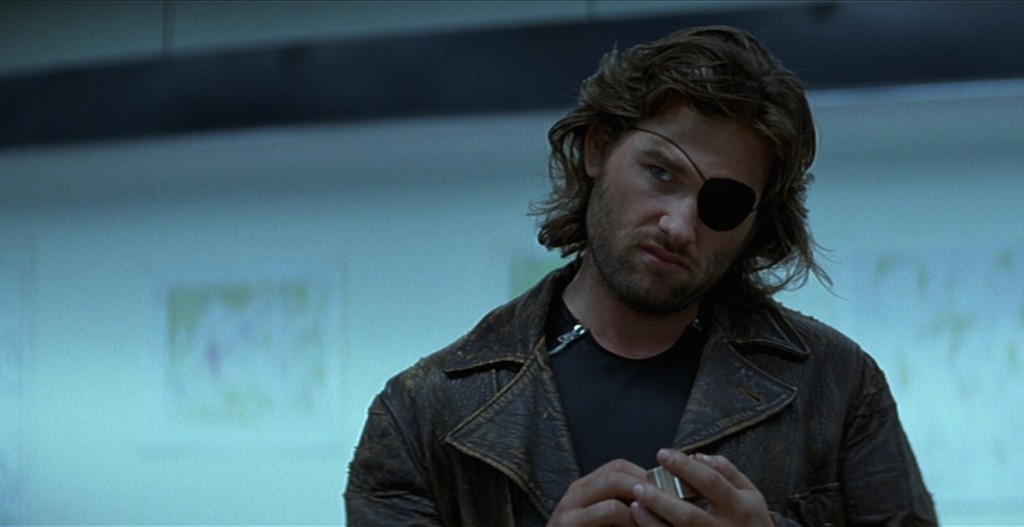 Escape is not actually post-apocalyptic, but because it takes place in a Manhattan that has been abandoned and trashed it definitely gives off that vibe. Like Mad Max or Blade Runner, it provides modern audiences with a version of the future seen through the eyes of the past. It’s also another great example of 80s sci-fi grunge, in terms of costume design, and that gritty, almost cheap feel in terms of set design. It’s also a nice example of the relatively short (99 minutes), in-and-out, simple and violent 80s action film. But because this is Carpenter’s vision, the story does provide a bit of commentary on society. It clearly takes jabs at the way the government seems complacent when it comes to domestic affairs in comparison to international ones. Its characterization and plot may be a bit light, but its distinct feel certainly has a lasting effect. 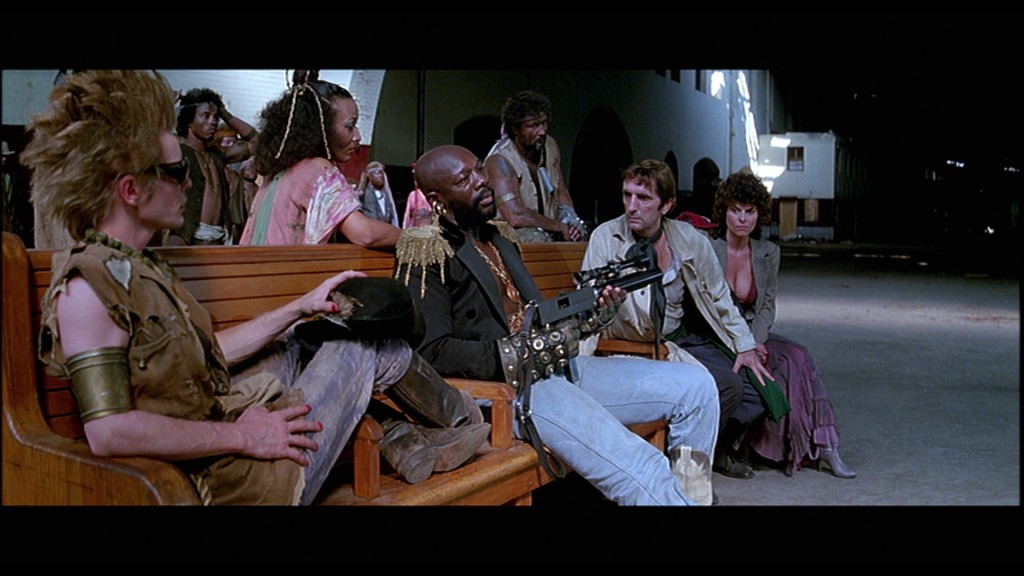 The Duke of New York (Isaac Hayes) and his posse.

Why You Could Maybe Skip It: It should be noted, however, that not only is it light on plot, it’s light on thinking things through. Even the basic concept of turning Manhattan into a prison island doesn’t really make sense if you give it more than 5 seconds of musing. The tape the President has is essentially a MacGuffin, and the time limit is a very artificial example of Race Against the Clock. The story pieces are all in place, meaning that the story works as it should, but it is a bit ham-handed. Just because it ticks all the boxes doesn’t mean it will leave everyone satisfied.

In fact, Carpenter’s The Thing is a better film (or at least a more thought-provoking film), precisely because it doesn’t make the easy choices all the time and it doesn’t wrap everything up at the end. In contrast to The Thing, any loose threads at the end of Escape are not a nod to attaining realism, rather seeming to be oversight. In other words, the story is so self-contained that it doesn’t explain everything because it either doesn’t have the time due to a baseball bat gladiator fight, or no one even bothered to figure everything out. It’s an example of a film that is structurally very sound but lacks the heart to really give it lasting emotional value. Escape’s failure in this area is much less grievous than that of many, many modern action films, because it actually does have the good structure that those films lack. But, for all its 80s nostalgia points, it misses the mark nonetheless.