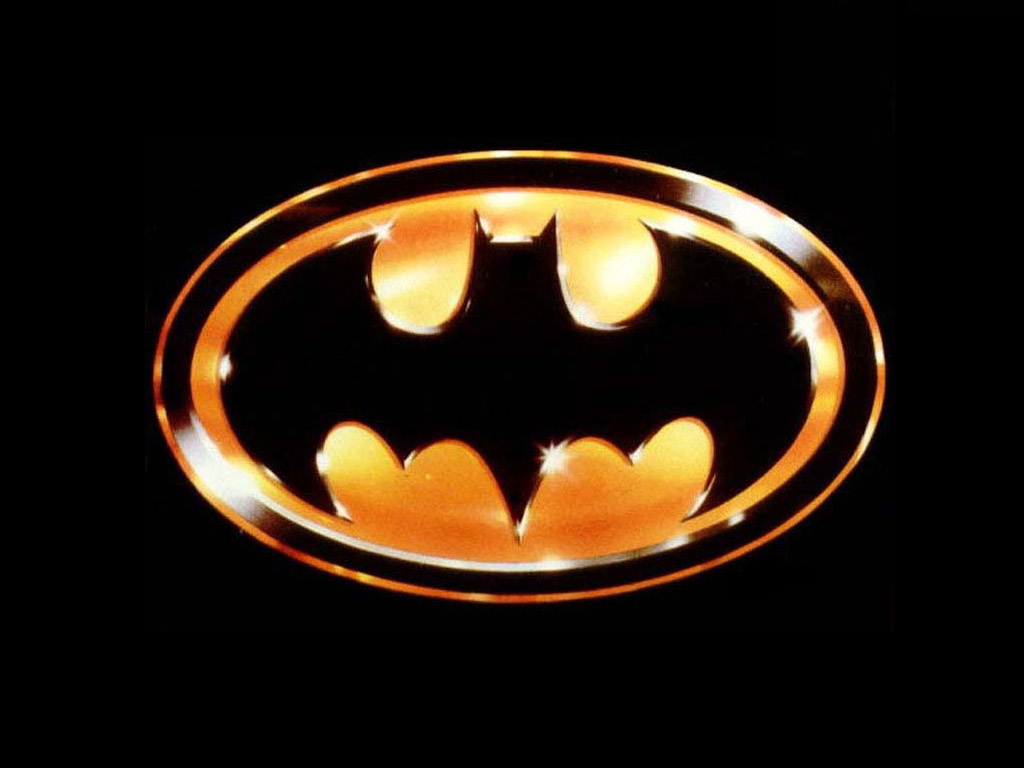 The Warner Bros. logo dissolves against the night sky as we pan down into and navigate through what seems to be a cave, all to the darkly triumphant march by composer Danny Elfman. We finally pull up to see this cave is actually a stone rendering of the bat symbol. The simple choice to begin the film this way speaks volumes about the filmmaker’s attitude toward the Batman character in general. For the purposes of this film, solely relying on the image of such a character, and letting it speak for itself, is more important than exploring the psychology behind the character itself. This is by no means an indictment on Tim Burton’s Batman either, because, to be honest, it’s my favorite Batman film to date. In fact, I’ll take it even a step further and say it’s my favorite superhero movie as well.

Michael Keaton began his reign as the caped crusader in a story that more or less bypasses an origin and jumps right into Batman’s first days fighting crime in Gotham City. He is feared by petty criminals but is still nothing more than an urban legend to the general public. When he’s directly responsible for a freak accident involving a deranged crook played by Jack Nicholson, the Joker is born and a crime spree ensues, the likes of which the city has never seen before. A showdown between the Dark Knight and the Clown Prince of Crime is inevitable. 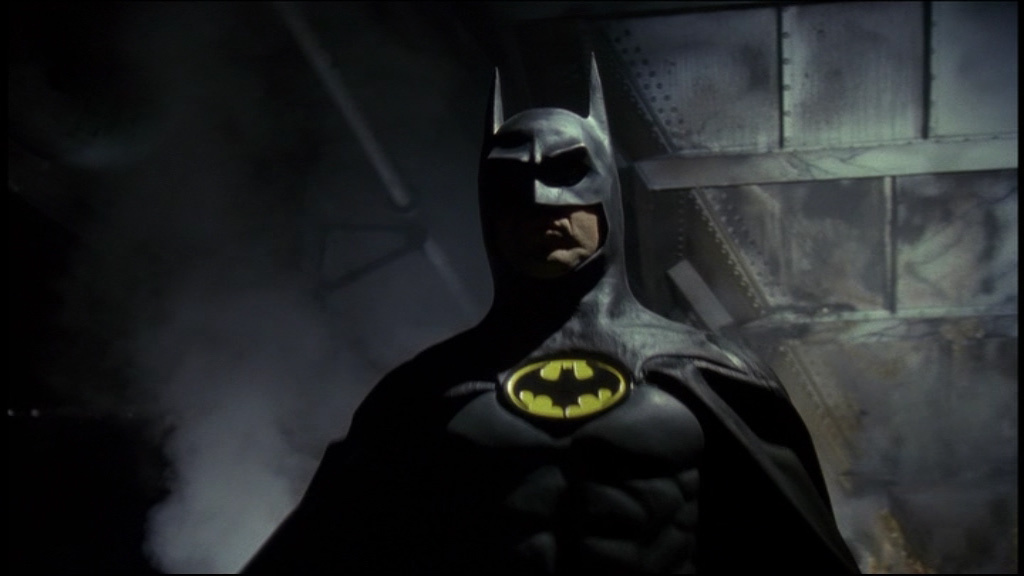 Actors who have donned the cape and cowl are under seemingly constant review in similar fashion to the endless debate on which actor portrayed James Bond the best. In my mind, there’s no question as to who the best Batman and Bruce Wayne is. It’s Michael Keaton. He has this silent intensity about him, and a crazed look in his eyes that only hints at an underlying mental imbalance bubbling under the surface of an unassuming façade. His scenes as Bruce Wayne play like a man desperately trying to act as normally as possible in the hopes that it will seem natural to someone. Early on, when Vicki Vale asks him “Which one of these guys is Bruce Wayne?” and he answers, “Well, I’m not sure,” we believe him. In direct contrast, when he menacingly tells a thief, “I’m Batman,” we believe him even more so. All we really need to know about this character is summed up by these two exchanges.

If Michael Keaton is keeping things fairly restrained as the title character, Jack Nicholson is playing to the opposite end of the spectrum as the Joker. His performance veers dangerously into over the top territory but he pulls it off so wonderfully that, while watching it, you realize just how much of the film’s success depends on this role. Because arguably most of the screen time goes to him, if he was at all annoying or too goofy to be intimidating the whole thing would crumble around him. Thankfully, his Joker is egomaniacal, kind of hilarious, and even fairly threatening. It also helps that the film knows how to highlight his performance in all the right ways, suturing him into the narrative and the scenery in a way that positions him thematically as a perversion to what Batman stands for.

The prerequisite love interest character comes in the form of Kim Basinger as Vicki Vale. Providing an anchor of normalcy for both the audience and the personality disorder-afflicted hero and villain, she goes above and beyond what is required of her, even when that much becomes essentially screaming during the action sequences. 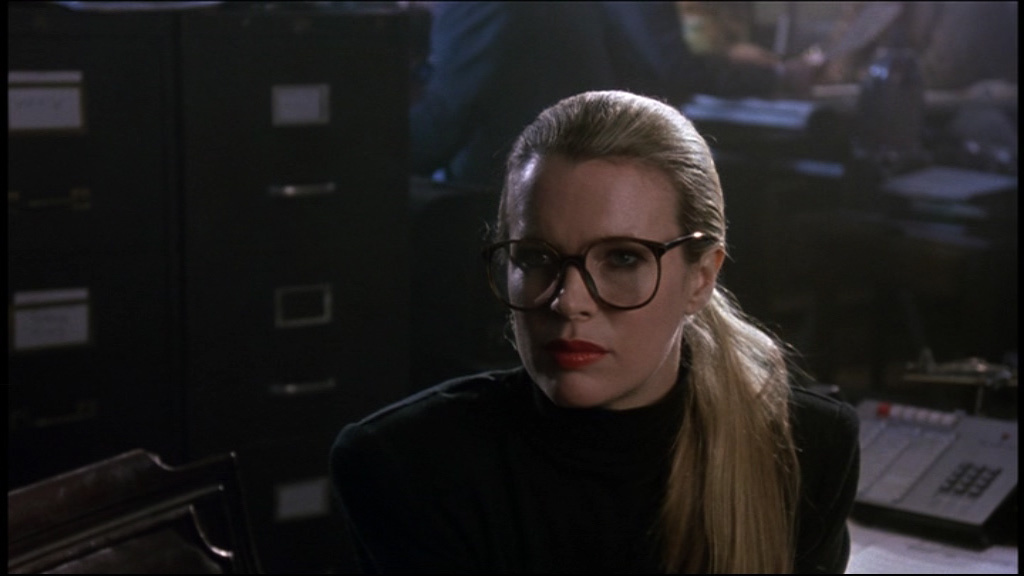 The real stars of the film, however, are the fantastic sets, production design and costume choices. Extensive use of Matte paintings, shady industrial locales and steamy alleyways make the city feel ripped out of some strange alternate reality where we’re unsure if it’s the past, present, or future. The irregularly angled building designs owe a lot to German Expressionism, a film movement from the 1920s. The characters not named Batman and The Joker dress and act as though they were in a film noir from the 1940s, a correlation emboldened by the gunshot sound effects. These surroundings lend a great deal of validity to the potential that a man who dresses like a Bat would fight crime and a man who dresses like a Clown is able to take over the city’s criminal syndicate. It’s a bizarrely fascinating concoction of influences that makes Batman an entertaining film to revisit.

The main problem people seem to have with this film is that there is little Batman in it. Furthermore, the focus of the film seems to be more on the Joker instead of its title character. Hell, in the main title sequence we see Jack Nicholson’s name come before Michael Keaton’s. Being by far the biggest name in the cast kind of makes this necessary. Also, in lieu of an origin story for Batman we are given one for the Joker. We know a lot more about him, see how he becomes what he is, and he acts out his homicidal rages with sinister theatrically. However, based on what the film is obviously trying to accomplish, with Batman as this low-key figure who’s shrouded in mystery, it works. This film’s Batman is a constant, reactionary figure who’s lured into a battle with the only man he’s ever come across who’s as freakish as he is.

Speaking of which, this brings us to where the film heavily deviates from the source material. It doesn’t bother me in the slightest when it’s revealed late in the film that the Joker killed Bruce Wayne’s parents, which was not the case in the comics. The changes make sense, though, working towards a standalone piece that exists in a vacuum independent of what was done in the comics. 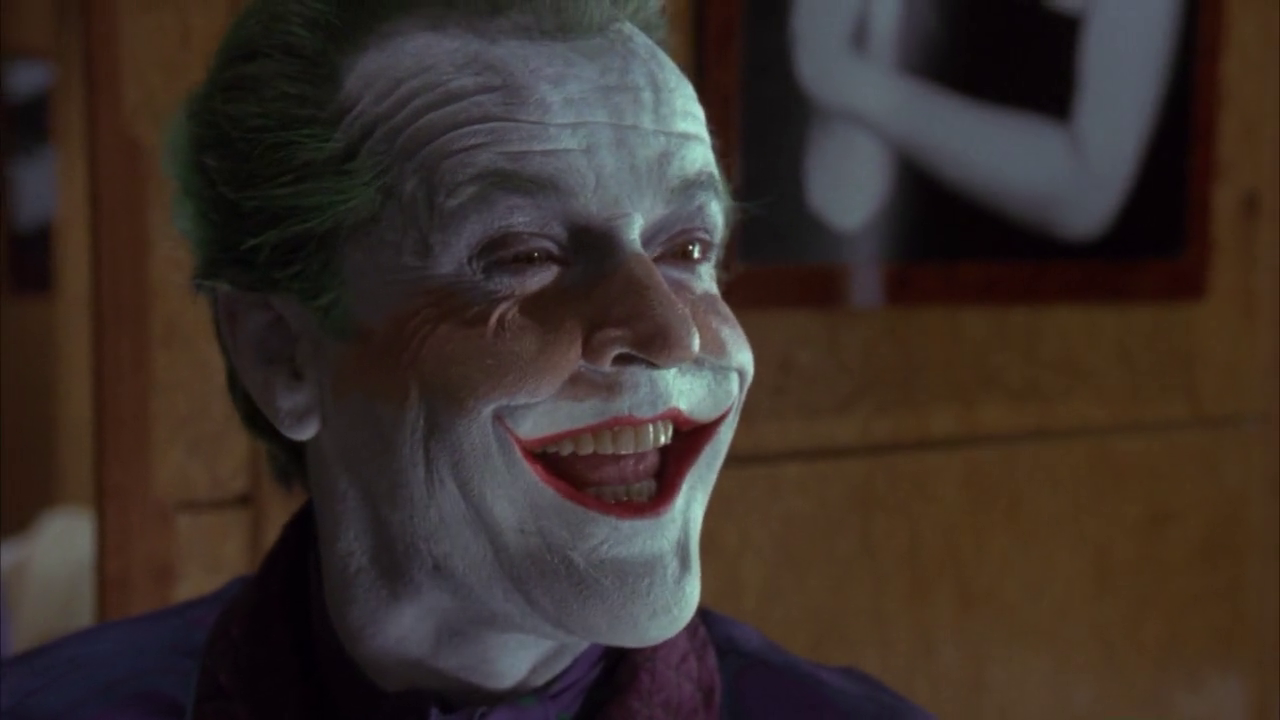 As sort of a parting comment I wish to make, it should be noted that Danny Elfman’s score really sets this film apart from other superhero films. It’s at one moment triumphant, the next menacingly playful with its Joker themes. It really sets the tone early on, in the aforementioned main title sequence, and never lets up throughout. It does a great job of embodying the character so well that I immediately think “Batman” when I hear it.

Despite being quite the cultural phenomenon when it came out in the summer of 1989, public opinion has cooled on Batman since. Tainted by the monstrosity that is Joel Schumacher’s Batman & Robin and seen as inferior to Christopher Nolan’s acclaimed Dark Knight films, Batman’s sole credibility these days seems to be due to the fact it proved darker superhero movies were possible and financially valid enterprises. However, after twenty-five years since its initial release, Batman is still the definitive tale of a creepy man with good intentions who dresses up in a bizarre costume to fight crime. I love this movie.