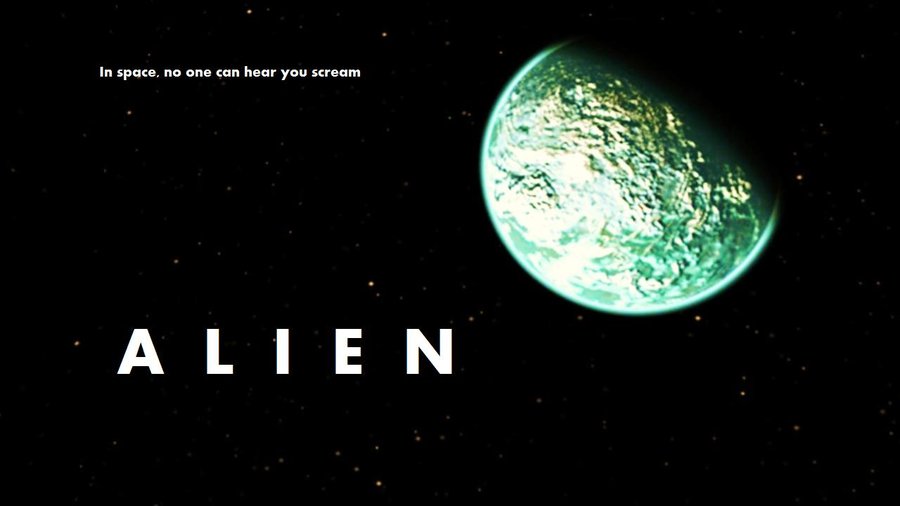 What: After receiving a distress signal in the far-reaches of space, commercial miners are dispatched to investigate. When one of the crew is infected by a parasite, they unwittingly bring aboard the ship a mysterious being that hunts them down one by one.

Who: Then relative newcomer Ridley Scott directs one of the best casts put to celluloid; Sigourney Weaver, Tom Skerritt, Ian Holm, Veronica Cartwright, Yaphet Kotto, Harry Dean Stanton and John Hurt. Jerry Goldsmith provides a moody score that encapsulates the nothingness of deep space in one moment and the tension of being stalked by an unstoppable force the next.

When: Alien came out in the summer of 1979 and proved to be a box-office success, grossing $80 million in the United States against an $11 million budget.

Why You Should Check It Out: Alien arrived on the heels of the less heady and more spectacle driven kind of science fiction film ushered in by the likes of Star Wars, Close Encounters of the Third Kind, and Superman. Cinematic space was more popular than it had ever been. As such, Alien differentiated itself by being a simultaneous repudiation of what made the aforementioned movies popular as well as a celebration of a different kind of visceral thrill those same movies had on the audience, accomplished through a marriage with the horror genre.

Looking back, it’s amazing how deliberate this film is in its pacing. I realize the term “deliberate’ is more of a cliché term for “slow,” but in this case, slow and steady wins the race. The most glaring issue in that respect is that the titular monster does not pop up until well into the middle portion of the movie. In a world where we complain about there not being enough Godzilla scenes in the recent Godzilla movie, it would be interesting to see how modern audiences would react to the scarcity of the monster’s screen time here.

When the monster isn’t on screen, however, the filmmakers do everything in their power to set up an intense atmosphere, starting with the spaceship where most of the film takes place. Many of the initial shots of Alien are relegated to perusing the interior of the spaceship’s living and work quarters, floating uninhibited throughout the space like a ghostly presence. It gets especially interesting when the monster’s design blends in with the overall mise-en-scène of the ship, making both the vessel and the monster a physical manifestation of the greed that is a cornerstone of the haunted house genre.

The acting in the film is all top-notch as well. Despite the fact that enough time has passed for us to know that this is really Sigourney Weaver’s show, an initial watch shows that we actually don’t focus on her too much for a while. In fact, for a good portion of the film, it seems that Tom Skerritt’s Captain Dallas will be the one who takes the reigns and defeats the monster. Thinking about the film from the perspective of an audience member seeing it for the first time in the summer of 1979, the choices used in that respect are really interesting.

By bringing the haunted house movie into outer space science-fiction territory, Alien ensured that neither genre would ever be the same.

Why You Should Maybe Skip It: There is absolutely no reason why you should not check out Alien if you haven’t already seen it.