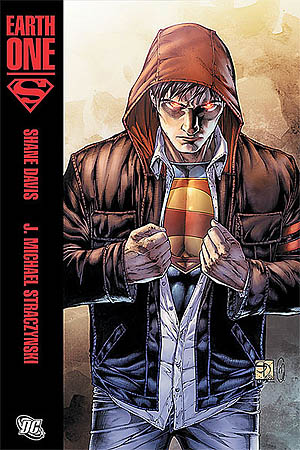 Retconning, a term often encountered by even the most casual of fans, is one of the most significant, game-changing ideas in the world of entertainment (comics, television, etc.), and yet most people don’t know it from the kind of clubs Tiger Woods uses on the golf course. This essay will explain what retconning is.

Simply put, retconning is the inclusion of events or details by a modern author into the mythos of a fantasy (say a comic book). This comes out in the modernization of a superhero. You can’t have Superman fighting Nazis in today’s comics. So, with a stroke of the pen/brush, Superman’s history is changed. He didn’t arrive on Earth in the 1950s, but in the 1990s. Superman is made a more relatable character to today’s audience by the time he dwells in.

Another use of retconning (and perhaps the most confusing use) is what I like to call the “it’s always been there, but we haven’t seen it” principle. Fantasy characters are always changing, with details added in and taken out almost at will. Some details are added so far back into a character’s origins to act as a key character trait that it supposedly influenced the aforementioned character’s origins right from the beginning. Hence that character trait was in place straight from the beginning, just that it was never “mentioned” to the reader. Confused? Hold on. It’s going to get worse.

One example of this is the Master, a character from the science fiction show Doctor Who. The Master is the arch-nemesis of the show’s titular protagonist, the Doctor. The Master is always plotting for a way to destroy the Doctor and/or planet Earth, or subjugating an alien species to his will. The Master has always been considered insane or evil, and continued thus for fifty years.

Fast forward to 2007. The Master returns, but with an added twist: he hears a constant drum-beat in his head. The episodes following his re-introduction reveal that this drum-beat was created when the Master was a child, and that it is subsequently the prime reason the Master is insane. The drum-beat was not invented until the 2000s, yet the writers canonized the event by saying the drum-beat was there all the time, as if the audience just never noticed until now. The viewers are just supposed to accept that this radical change in character always existed.

Another example is DC Comics’ character Jason Todd, the second Robin. Jason was a violent Robin, given his street orphan background. The fans’ reaction was so negative that, eventually, Jason was killed. Batman mourns Jason as one of his greatest failures.

Fast forward to the late 2000s. Jason Todd shows up as the villainous Red Hood. How did he come back to life? According to the comics, soon after Jason died, Ra’s al Ghul revived him through the us of one of his youth-restoring Lazarus Pits. However, the resurrection went awry, and Jason disappeared for several years. No word was given of what happened to him between his rebirth and his re-introduction into the Batman comics. We’re all supposed to believe that while he was always “dead,” he was actually alive, doing whatever it was he was doing across the years.

There you have it. Retconning ranges from the simple update of a hero’s tale to the more complex resurrection/time lapse of a deceased/vanished character. It may be confusing, but it is a part of life for the characters of fantasy. Heroes and villains don’t die, they just get retconned.

This article marks the debut of one of our new contributors, Sefiros! Here’s to many more great pieces like this one!