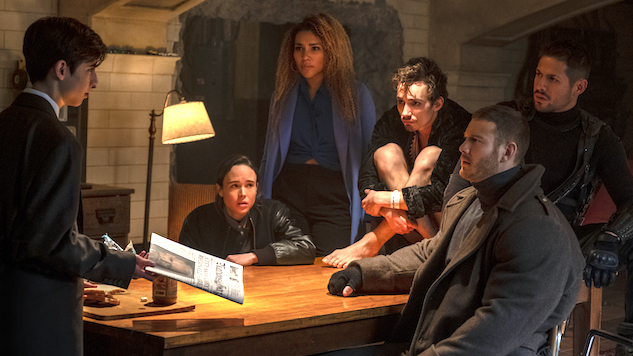 Weird, kitschy and slightly out of time, the Umbrella Academy is Netflix’s new hit show based on the limited comic book series by the same name.

I just binged watched it this weekend, (thank you Netflix for not making us wait months to see an entire series!), and it was great. Here’s a quick rundown of my thoughts on the show and who might like it.

I’m generally an Ellen Page fan, so the irreverently wacky trailer with the hot soundtrack, (one of my favorite songs), and a glimpse of Ms. Page got my attention immediately.

The basic plot is pretty true to the trailer with some interesting surprises. Each of Season 1’s 10 episodes is about an hour, so it can be binged in a weekend if you have a lot of time, carry a small screen around with you, or can work and watch simultaneously, which is what I did. Though you should pay attention to not miss subtleties. You can certainly watch it in a week, regardless. For me, it takes a pretty good show to hold my attention for a weekend long binge, and this one held it just fine. 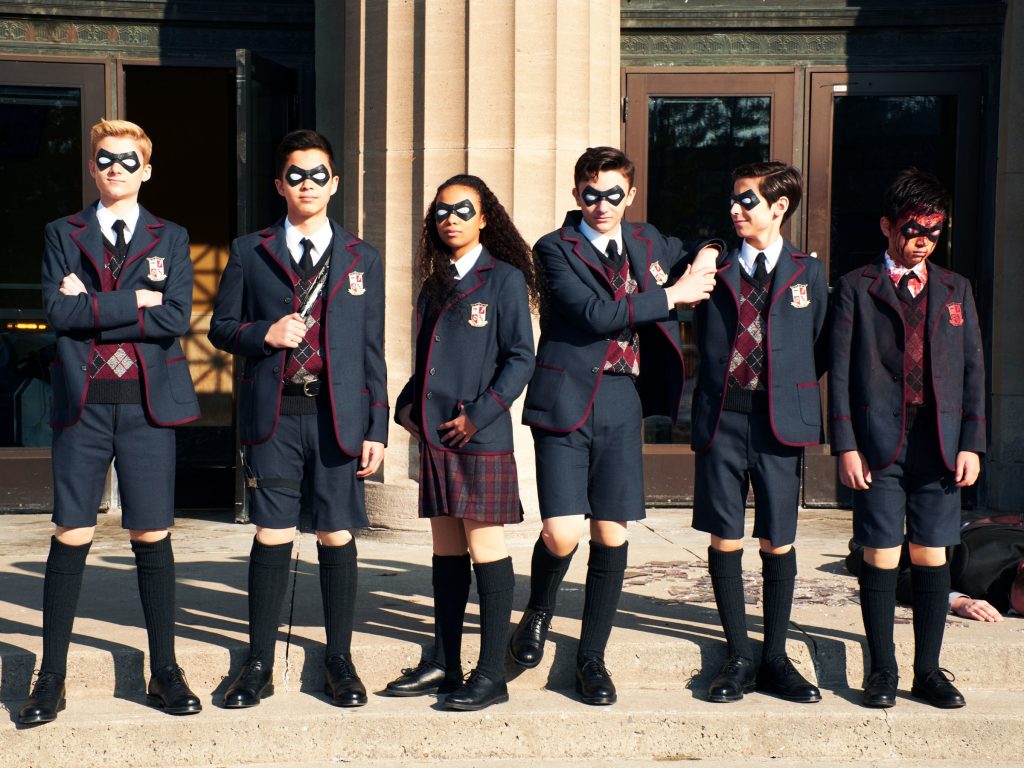 First The Umbrella Academy negatives, of which there are few:

Negative 1: Dragging things out. I hate it when writers / editors / directors make scenes last longer than needed to get the point across. That’s often the problem with TV because they’re trying to fill time. To me it’s just bad writing. The writer should be able to fill all of the time required with interesting content that aids the story, even if it’s backstory or character development. To just drag a scene out or repeat details / exposition to fill time is just lazy IMO. This season has a tolerable amount of this flaw and, though it’s minimal in The Umbrella Academy overall, it detracts from what is otherwise a very engaging story.

Negative 2:  Dumb characters – another pet peeve of mine in story telling. This is not to say that The Umbrella Academy’s characters are dumb. They’re not. But it really pulls the viewer out of the story when characters miss obvious solutions or do obviously stupid things that will cause more problems than they solve. Can you say “Star Lord”? #InfinityWarLostByQuill

This flaw, which I deem a lack of creativity on the part of the writer, is definitely present in The Umbrella Academy.

Negative 3: Bleak production design & scenery. This is really a personal preference and is entirely subjective. The production design is fine and I suppose contributes to the general feel of the world. The sets are distressed, fairly monotone in a “shabby chic” kind of way, and, for the most part, every day is overcast though the story doesn’t require it. In fact, the actual story doesn’t require any of this except in specific scenes, but I supposed the director felt it would be useful in establishing the world as fictional and an alternate universe.

These are really my only negatives for the show. They by no means make the show bad or not worth watching. Quite the contrary. I did binge it after all 🙂 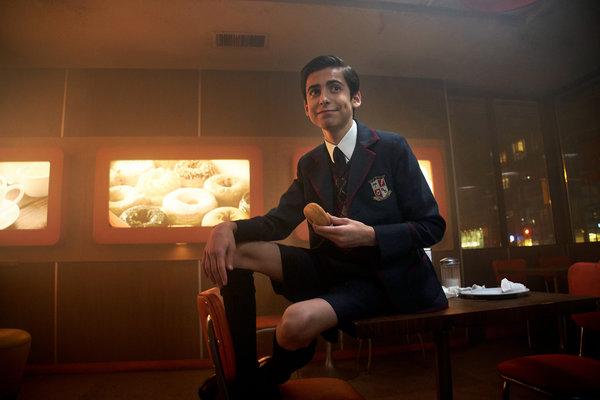 And now, The Umbrella Academy positives:

Positive 1: Interesting characters. Probably the number one thing any story needs is interesting characters, and The Umbrella Academy definitely has that. Each character has their own distinct personality, style and intriguing general backstory. And each makes you want to know more about them. I’m looking forward to seeing each evolve in Season 2, which renewal has not been made yet.

Positive 2: Great performances – A testament to the directors and writers as well as the actors. The performances are excellent. They’re so good, that you don’t realize anyone is acting. When you’re watching a dramatic (or any, really) scene and you just notice the scene and feel the story, you know the acting is good.

Positive 3: Good dialog. For the most part, the dialog is very good and, though the vocabulary is pretty basic, the scripts somehow manage to never seem “dumbed down”. How refreshing.

Positive 4: Intriguing plot. The plot is and isn’t what’s in the trailer. And that’s a good thing. I found myself figuring it out as I watched without it being too predictable. That said, it was rewarding to be right, which I suppose is part of the fun.

Positive 5: Cool soundtrack. Think Pulp Fiction. The soundtrack is appropriate but also worth listening too on its own, without detracting from the story.

Positive 7: An Un-Cliffhanger. I made that word up. I really hate it when there’s such a huge cliffhanger that you’re in pain for the next season. While there is a cliffhanger, it won’t make you ache. That said, you’ll definitely be tuning in for Season 2, if Netflix decides to make one. 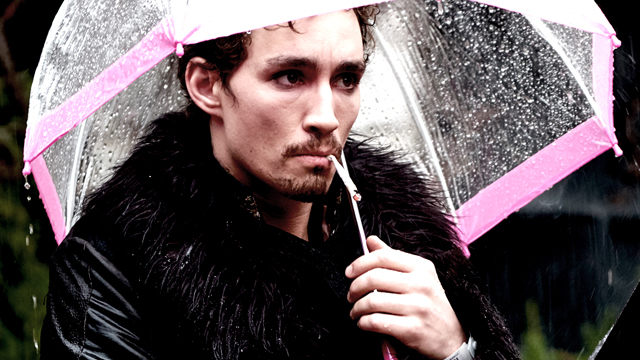 Summary: If I had to describe the show to someone as a recommendation I’d say that if you like things like Ms. Peregrine’s Home For Peculiar Children, X-Men, Mad Max, Twilight Zone, The House With The Clock In Its Walls, Zathura, The Magicians or anything like these, with a smidgen of Batman, then you’ll probably like The Umbrella Academy.

I give a a B+ with re-watchability, meaning you can watch it two or more times, still enjoy it the 2nd time, and probably get more out of its well layered story.

The Umbrella Academy is streaming now on Netflix. If you like it, be sure to give it a thumbs-up on Netflix to help it get renewed for a second season!