Gamescom is a gargantuan event where the world talks video games. Each year the event is held in Cologne, Germany, and this year’s top story had to be Quantum Break.

The game was teased at the Xbox One reveal event in May of 2013, but has been evading radars since then. Break revolves around a fictional university in the U.S. where an experiment in time travel does not go as planned and the consequences affect the three main characters in different ways. In the trailer we focus on Jack Joyce, played by X-Men’s Shawn Ashmore, who appears to have the ability to slow time at his will. The game is a third person shooter which will be exclusive to the Xbox One. 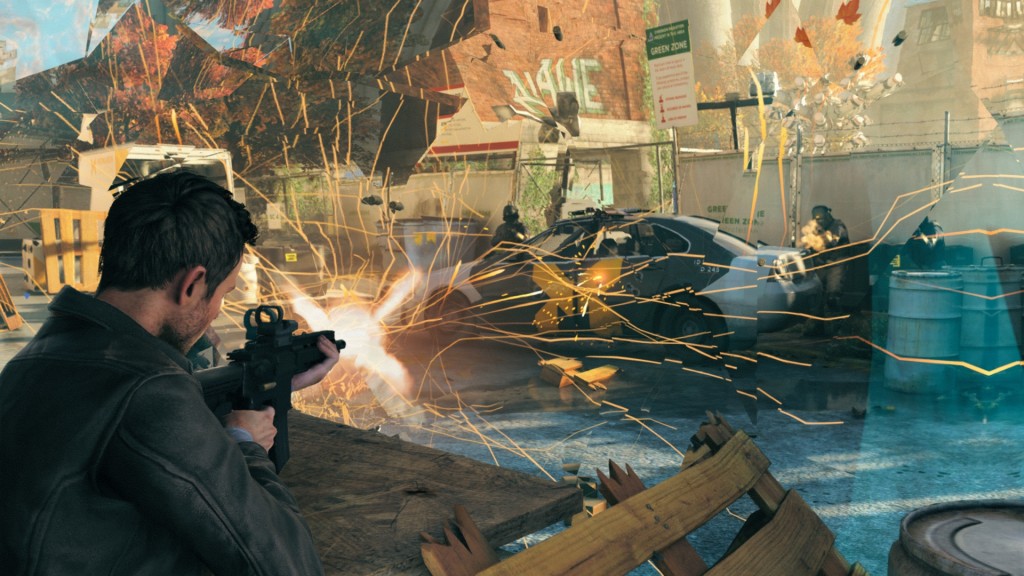 The developers, Remedy Entertainment, brought in a consultant to get the gist of the story just right. The consultant helped present the story in a way that made sense, theoretically. It will be interesting to see how it unfolds. Especially considering the accompanying TV show, which will be affected by how you play the game. What the… ?

As Polygon explains, gamers will get to experience the history of the good guys as they play the game. The live series will tell the story of the bad guys. To fully understand the entirety of the plot, one must consume both. There are small things throughout the gameplay that creative director Sam Lake is calling “butterfly effects.” These certain triggers in the game conduct a string of events in the show. Reversely, there is also information within the show about how to unlock information within the game. It’s a trippy, but revolutionary new way to enjoy video games.

The series stars those who are also included within the game like Ashmore: Game of Thrones’ Aiden Gillen and Fringe’s Lance Reddick. It will consist of about four episodes lasting approximately 22 minutes a piece.

Quantum Break will be released on April 5th, 2016. Check out the trailer below.

If you enjoyed Carly’s…I don’t even know, there are only so many puns, you can find the rest of her work right HERE on Sci-Fi Bloggers. You can also follow her on Twitter @MrsCarlyRodgers.