It’s one of the world’s greatest mysteries – does the Loch Ness Monster exist? If you ask George Edwards, a Nessie hunter of over twenty years, the answer is yes, and that he believes without a doubt that there is more than one of the creature. He even has a picture to (maybe) prove it.

Edwards often gives boat tours of Loch Ness to Nessie hungry tourists, and said he spends over 60 hours a week patrolling the Loch. Then one day while out on his boat, properly named the “Nessie Hunter”, Edwards captured the photo of a lifetime.

“It was slowly moving up the loch towards Urquhart Castle and it was a dark grey colour,” said Edwards in an interview with the Inverness Courier. “It was quite a fair way from the boat, probably about half a mile away but it’s difficult to tell in water.” 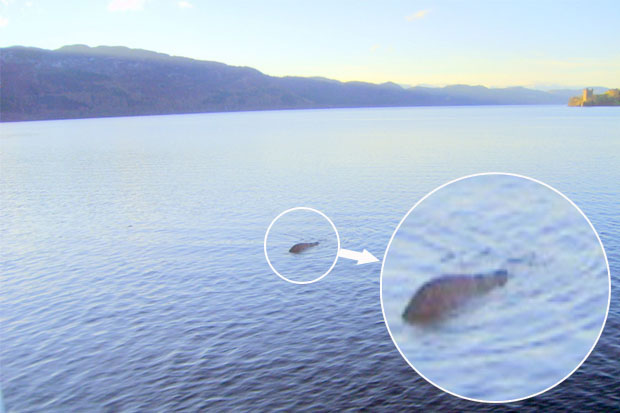 Edwards said he watched it for about 10 minutes before it submerged back into the depths of the loch. “I hung around for a good half an hour and used the deep scanning sonar to try and pick it up, but I’m afraid I had no luck at all,” he said.

The photo, seen above, was taken in November of last year. Edwards said he wanted to make sure that it was a real Nessie sighting, seeking out various Nessie and photo experts to certify that it wasn’t just a case of mistaken identity. While certainly impressive, the “creature” is still too far away for anybody to tell what it actually is. It could very well just be a log, but where is the fun in that?

The Nessie myth is no stranger to hoaxes, though there are plenty of photos of the creature and it’s distant relatives in lakes all around the world that are impossible to prove or disprove. Maybe it really is the creature, maybe it isn’t, but no matter what the myth will continue to live on, much to the pleasure of the Scotland tourism department.