This week of Thrones proved to be pretty shocking. Just when we feel like we can count on characters, they rip them away…

We start with some shots of hardworking folks building a community and what appears to be a church of sorts and OH YEAH, the Hound is totally not dead. He’s living among the villagers and following the lead of Ray, played by the great Ian McShane. Ray believes in peace and harmony and he and his people would rather avoid the slick politics of the Seven Kingdoms and instead focus on the Faith of the Seven. The Hound seems to sulk in his former life and the terrible things he’s done and wishes to be punished. 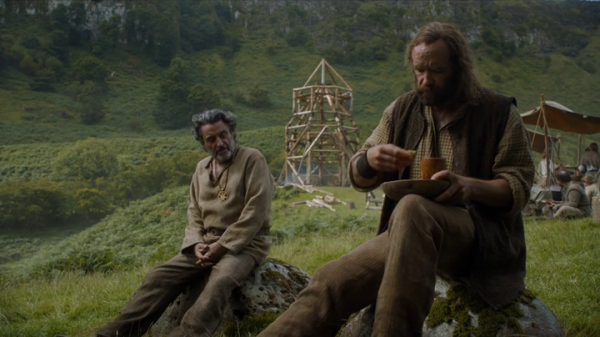 Margaery is still playing a dirty game with the High Sparrow. He threatens her grandmother Olenna’s safety if she can’t join the Faith and Margaery goes to try and convince her. Stubborn Olenna can’t be told off so easily and Margaery sends her back to Highgarden, but not before slipping her a note under the watchful eyes of the Faith. The note is House Tyrell’s sigil, and now we know that Margaery has something up her sleeves.

Cersei also decides that she has words for Olenna. She pleads with her to stay in King’s Landing and tries to guilt Lady Tyrell, but she is quickly put in her place. Olenna lets her know that she has lost and this is all her fault and she will never forget Cersei or her stupidity. None the less, Cersei decides to stay in the city and fight.

Jon, Sansa and Davos have the daunting task of enlisting forces to fight for the North. They meet with the Wildlings and after Tormund’s rousing speech the people of the far North join up. They also meet with the very sassy head of House Mormont, Lady Lyanna. She’s ten, and the best part of the episode. She’s not impressed by Jon and Sansa’s pleas but Davos convinces her to provide men. She gives them a pitiful 62.

Their meeting with longtime ally House Glover goes even worse. Lord Glover refuses to help and decides to get real personal and blame Robb for the Ironborn takeover of Winterfell. He declares that House Stark is dead. 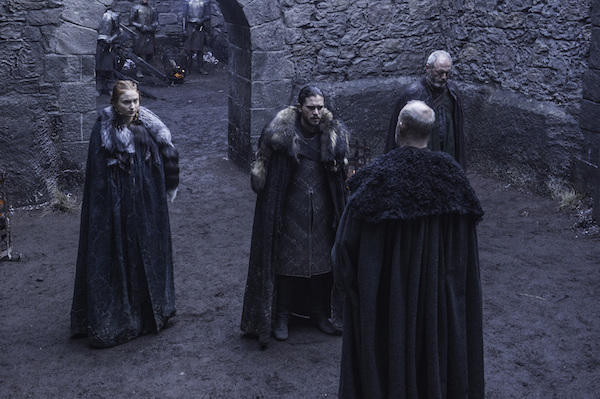 Jaime and Bronn enter Riverrun and are embarrassed by how Walder Frey’s army has conducted its attack. They threaten to execute the Blackfish’s nephew but their threat is not taken seriously and they fail to follow through. Jaime easily takes over and attempts to negotiate with the Blackfish. He is also completely ignored and insulted, which enrages him. The Blackfish tells him that they are prepared to stay for years and welcome a fight. 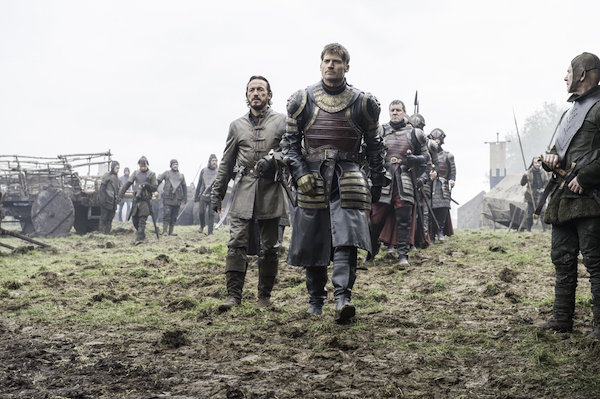 Yara and Theon have taken their ships to Volantis and are enjoying a large brothel. Well, Yara is. She tries to shake Theon from his broken state and forces him to drink and return to his former self so they can take back their kingdom together. She wants to do right by her brother and lets him know that they are headed to Mereen to meet with Dany.

The group in the North aren’t feeling confident about their fight for Winterfell. Jon insists that they must move quickly, but Sansa knows they don’t have the manpower. She writes a mysterious letter… To Little Finger, perhaps?

Arya uses her sly talking ways to gain passage back to Westeros but she can’t enjoy it long because she is stabbed repeatedly by the Waif disguised as an elderly woman. She fights back and manages to escape the attack under water, but it doesn’t look promising for our little Stark. She walks through the streets bloody and beaten to an unknown destination. 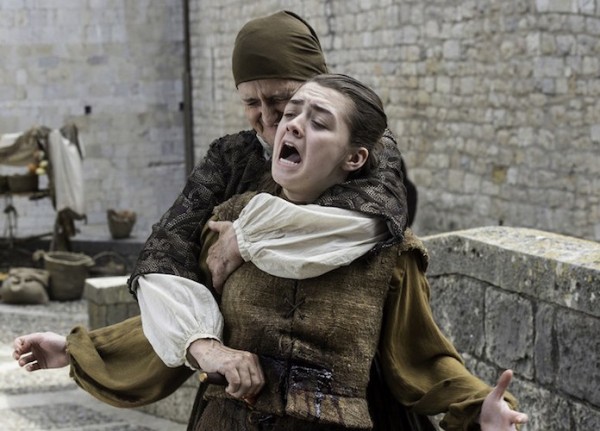 Ray and the Hound’s peaceful lifestyle is interrupted by a visit from members of the Brotherhood, who try to get something from the villagers but are turned down by the pleasant Ray. The Hound doesn’t have a good feeling about the visit, but Ray insists that conflict is not necessary. Except the Brotherhood totally returns and slaughters everyone, hanging Ray from the church. The episode ends with the Hound marching off angrily with axe in hand.