This week’s episode of Game of Thrones started with a Stark reunion that everyone had given up on. Brienne, Pod and Sansa arrive at the Wall and Sansa and Jon finally see each other once more. Jon still wants to leave and is no longer interested in fighting after it literally got him killed, but Sansa wants to take back Winterfell. 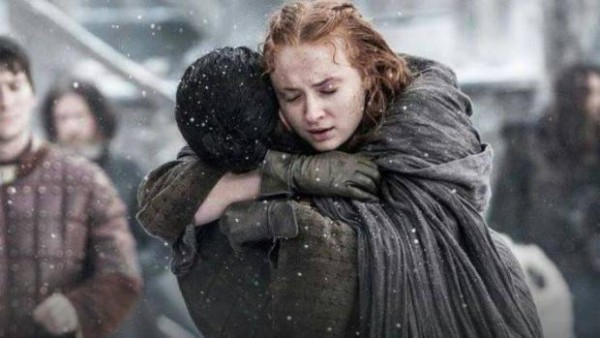 Brienne lets Davos and Melisandre know that she’s killed Stannis and she knows that Renly was killed using blood magic. She stands firm by Renly and admits that she does forgive, but will not forget. Brienne is not really someone you want to piss off.

In the Vale, Littlefinger visits his Stepson/nephew Lord Robin and accuses the Lord Royce of Runestone of selling him and Sansa out to the Boltons and causing Sansa to be captured, which is of course a lie. Littefinger convinces Robin to send Lord Royce and his knights to the Wall to protect Sansa.

Tyrion is still trying to deal with the cities that continue to fund the Sons of the Harpy. Against his council’s advice he invites the masters of Astapor, Yunkai and Volantis to discuss moving away from slavery. It seems like Tyrion has something up his sleeve but Missandei and Grey Worm warn him that the masters will use him because that is what they do.

Jorah and Daario have tracked down Daenerys at the Dosh Khaleen and the increasing threat of Jorah’s greyscale becomes apparent. The duo runs into Dany but they are unable to get her out safely due to the massive amount of Dothraki roaming around. Dany’s got a different idea.

Margaery is finally allowed to see the light and the High Sparrow. He encourages her to turn away from a life of wealth and power but to seek solace in the poor. He takes her to see her brother Loras who is crumbling beneath the torture. 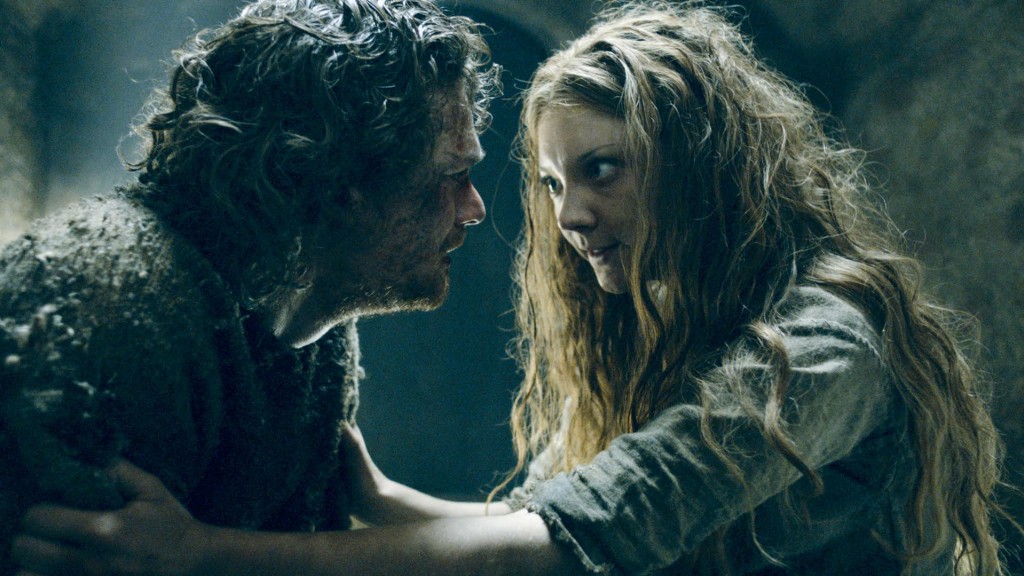 Cersei warns Tommen that the High Sparrow is dangerous due to the fact that he parades his power against the Crown. He tells her that Margaery will also take a Walk of Shame and when Cersei relays this information to Olenna she jumps into action. She decides that her troops will march against the Sparrows. They also convince Kevan Lannister to include his army in the march.

Theon finds his way back to the Iron Islands and his sister, Yara. He learns of his father’s death and vows to support Yara at the Kingsmoot where a successor will be chosen.

Meanwhile, Ramsay is still terrible and interrogates Osha about why she is helping Rickon. She tries out her tough girl act and doesn’t seem repulsed by him, but it’s easy to see past her facade and Ramsay notices. He’s not convinced and he plunges a knife into her neck before she is able to kill him.

Ramsay doesn’t stop there though. No, he sends a real nasty letter to the Wall and tells Jon all the horrible things he will do to Rickon, Sansa and the Wildlings if Sansa is not returned to him. Jon and Sansa are furious and decide that they will take back Winterfell with the help of the Wildlings and the Houses of the North.

Meanwhile, Daenerys stands in front of the Khals who will decide her fate. She admits that she is not impressed by them and would be a better ruler to their people. Somehow they’re still shocked she can speak Dothraki. After some strong threats from the Khals, the Khaleesi decides to casually tip over some large torches and set the temple ablaze. The other Dosh Khaleen have barred them inside and when Daenerys emerges once more unburnt, the people bow to her. 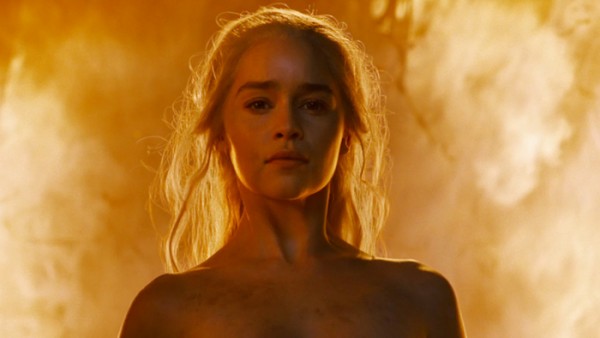 If you enjoyed Carly’s recap, you can find the rest of her work right HERE on Sci-Fi Bloggers. You can also follow her on Twitter @MrsCarlyRodgers.