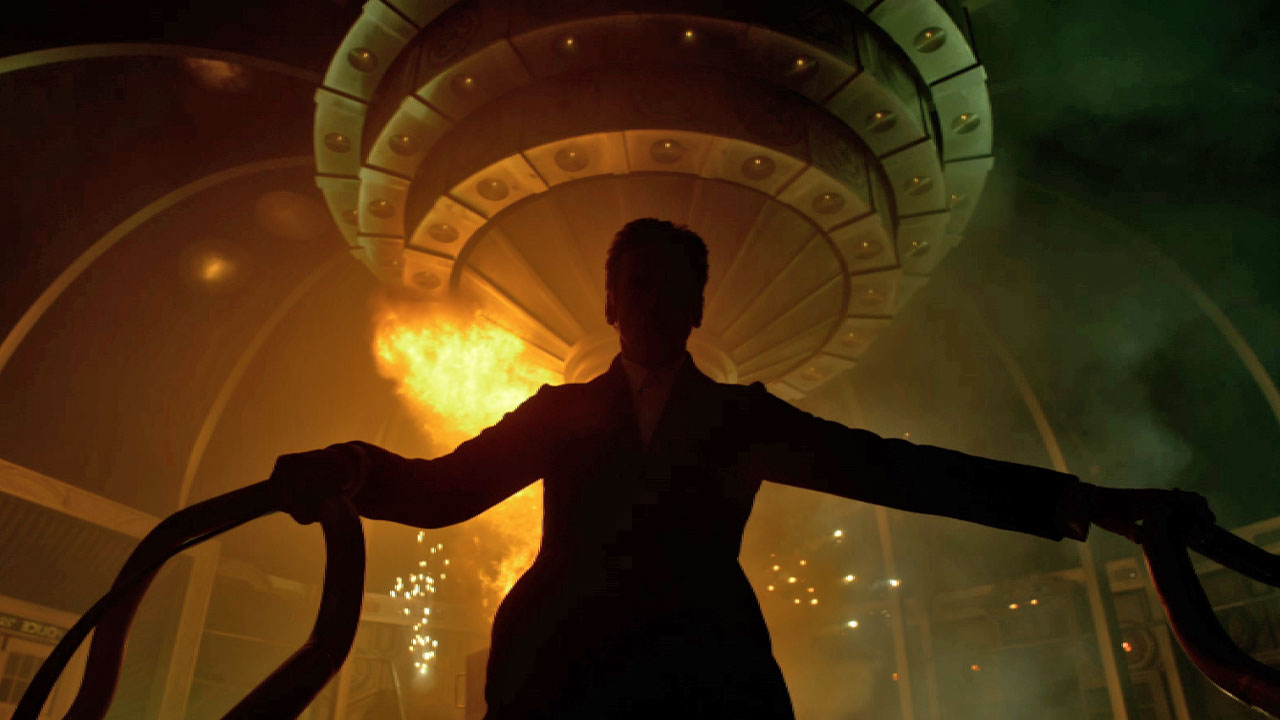 There is usually a cycle that Whovians go through when the Doctor regenerates. First, we usually dislike the new Doctor. We were already so attached to the previous Doctor that, when a new man takes over the TARDIS, there’s a certain resentment. Until we fall in love. Which is around the time that the Doctor dies and we start the cycle anew.

Where is the resentment? I can’t find it. I LOVE our new Doctor. His innocence, his energy, and the fact that he gets to be Scottish! 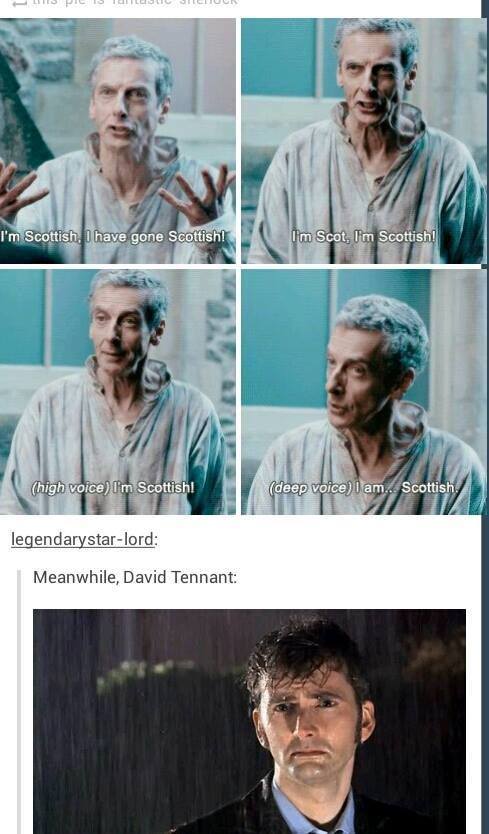 So Clara, like a lot of younger Whovians, is having a hard time dealing with the 12th Doctor’s age, or at least his appearance. I felt like some of the getting acclimated stuff was unnecessary, like the Doctor should prove himself all on his own (which he definitely did). When the 11th Doctor phoned Clara at the end? Yes, I’ll admit, I squealed like a true fangirl, but I didn’t need it. I am sold, Capaldi is in.

So we have been introduced to 51st century robots that have been time-traveled to the down of time and left there to find the “promise land,” using human remains to stay in working order. That’s a little familiar, since we met the clockwork androids in the season two episode “The Girl in the Fireplace”. Even more interesting is that the Doctor mentioned Pompadour.

If you forgot, these androids were hoping to retrieve Madame de Pompadour’s brain to fix their broken down spaceship—just as these new ‘droids were using body parts (skin for the ship included) for repairs. The Curator (Tom Baker) did mention in the 50th that we might be visiting some old favorites. Who knows?

Speaking of old favorites, we’ve seen this face before. He said that he was trying to tell himself something with this face.

Now for what everyone is buzzing about on social media: who is Missy? 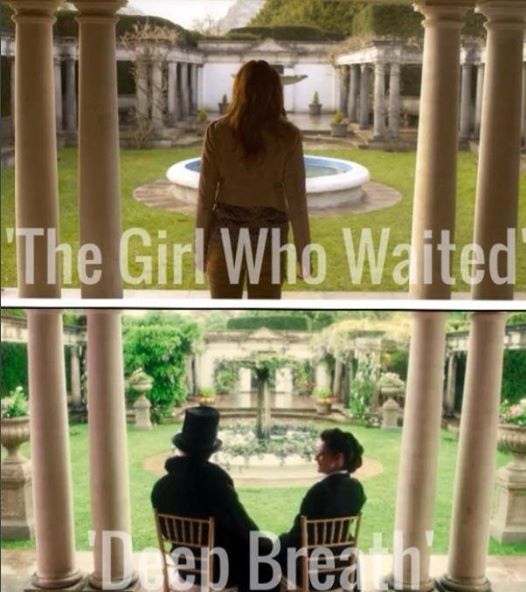 Now, this could be a coincidence—the BBC has been known to reuse sets. It’s still worth bringing up, isn’t it?

Could Missy be River Song? I hope not. I love River, but my favorite thing about River is Alex Kingston. This Mary Poppins-esque psycho does not send off a River-like vibe. The only evidence that I find to support this theory is that she refers to the Doctor as her “boyfriend” and could have possibly regenerated and matched her age more appropriately to the Doctor’s appearance.

Is this future Clara? Did she somehow go insane? Could the woman in the shop that gave Clara the number to the TARDIS also be the one who placed the ad? Could the Impossible Girl be the one who is hell-bent on keeping Clara and the Doctor together?

One more: is Missy Mistress, Master? Could Missy be a regeneration of the Master?

If you enjoyed Amanda’s Post-view piece, you can find the rest of her work right HERE on Sci-Fi Bloggers. You can also follow her on Twitter @ErukaMoseley.