OF COURSE there are spoilers.

The OB finale brought everything to the table.

We laughed, we cried, we screamed death threats at the TV, but now that it’s over, some (all) of you may be wondering, “Well, what the hell am I supposed to do now?” So, I figured there was no better time than the present to twist the knife a bit while the wound’s still fresh.

Now that Saturday has come and gone, it’s time to marinate in the madness we just saw and ponder the madness that is to come with season three. 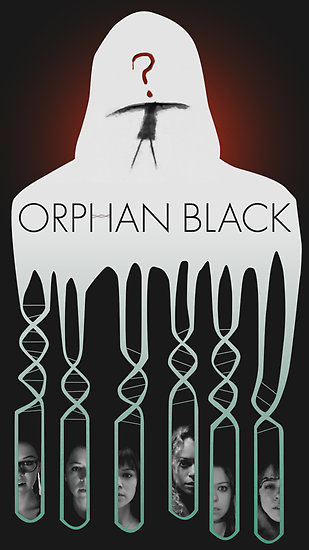 First and foremost, what the hell? Just when we get a show all to ourselves, here the guys come to mess things up! Screw gender equality! There doesn’t need to be any male clones, especially not ones that look like Mark. No offense to Ari Millen, but the dude creeps me out. It’s something in his eyes, something about that hair. Of course, everything I say is subject to change. I’m sure there’ll be one version of him next season that’ll make me sing his praises. It would’ve been really interesting if Project Castor had created clones that looked like Paul, or Fee. In fact, I think it would make a lot more sense if Fee-clones were made because it would explain why he was in Siobhan’s care.

It’s plain crazy boots! There’s so many different directions OB could go with this. Remember when Paul and Mark had that exchange in the bar while watching Helena? Mark said he was ex-military. The boys in Project Castor were intended to be used as soldiers in the military (don’t get me started on how it’s sexist that they didn’t want to use the girls. I’ll just ignore it and assume it’s because girls are smarter). This tells me that Mark’s marriage to Gracie could be a bit more than a cute love story. How’d he end up with Henrik? It just seems a little fishy. Remember, Gracie’s pregnant. For all we know, he could be biding his time until she gives birth to steal the baby clone away. As for the clone in Marian’s house, why was he in a glass box? What was that about? Are the males more aggressive or something? I think Project Castor left the door wide open in terms of plot because we know nothing (yuh noh nuthin, Jon Snuh—yeah, I’m gettin’ around to it). I’m assuming a large bit of season three will have to do with uncovering more about it.

Helena, Where Are You?

I was actually okay with Helena being taken. Please don’t shoot. As I said in my finale recap, Helena is the only clone who we don’t need to worry about. I don’t think I need to remind you how many times she’s been fatally wounded and escaped death! Besides, we’re used to her being estranged from the clones. Now, I didn’t like it, of course, and I think Fee needs to seriously consider apartment hunting, but out of all the clones to be taken, I prefer it’d be Helena than, let’s say, Alison. 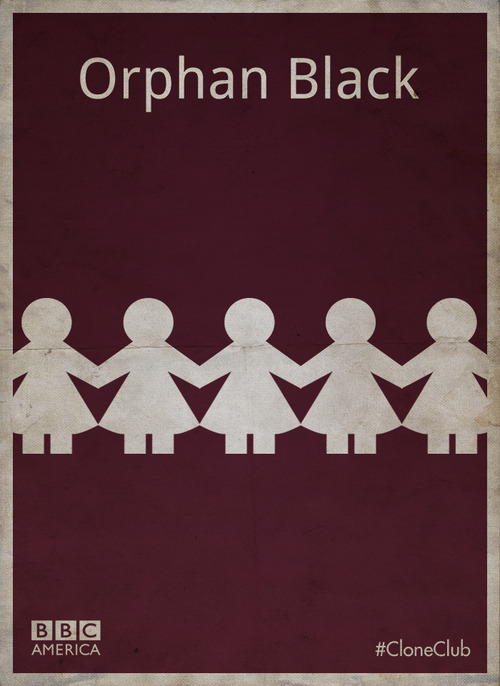 I read somewhere that Helena might be in Germany because that’s where Rachel sent Delphine. That means we’re assuming the military and Dyad are working together. I mean, that could be possible, but ultimately no one knows where that plane was going. Let’s not forget that Helena is also pregnant. There’s no doubt in my mind that they’re going to take her baby, but the government didn’t know she was with child when they whisked her away. And what about Jesse? I can’t be the only one hoping he’ll be back in season three. Also, it was very understated, but Helena took out a container of liquid nitrogen. Her babies? I didn’t know you kept embryos in that. Oh, what if they can take stem cells from the embryos to cure Cosima? That’s possible, right?

You can plot to murder me all you want, but I’ve been saying this from day one, I am NOT a fan of Cophine. Sorry. I just haven’t forgiven Delphine, or as I like to call her, Dumphine, for betraying Cosima all of those times. She’s too sketchy—going behind Cos’ back, lying, straddling the fence. Anyway, I was happy not to see much of her in the finale. Some people have been saying that Delphine is dead. During that one horrible, horrible scene when everyone thought Cos had died, Cos saw Delphine talking to her in an almost a premonition type of way. I’ve seen that many times in movies and shows, when people see someone who has recently passed away pulling them through a situation. You know how Dyad does. There’ll be another “plane accident.” Oh well. Good riddance, Delphine, but I’m not sold on the idea that she won’t be back. 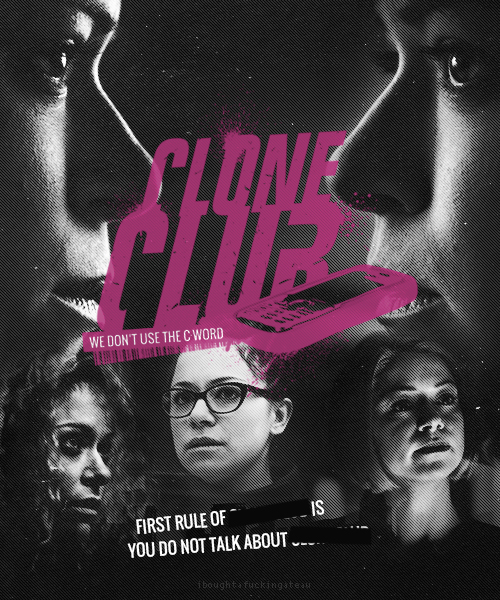 In the beginning of S3, Cos and Delphine may spend some time apart, but I think that Delphine will still keep in contact with her regardless of where she is. I think she’s going to be alive and working with Dyad. Or, she could be dead, and Cos will get a new love interest. This is showbiz, people! It’s a cruel world, and I could give you the names of several women that could get Cos’ heart pitter-pattering. Next season, I don’t care what anyone says, we’re getting Cos a cure. That’s a definite. It’s going to happen, and I will not accept anything less from Manson and Fawcett.

Compared to the first season, the second was very family oriented. It seemed as though the bonds between the clones were definitely strengthened this time around. The best scene of the finale was when the clone family got together in Fee’s apartment, amazing. Helena got to meet all of her seestras and be reunited with Kira. Cal promised to be around more for Kira and Sarah. Alison made up with Donnie. I couldn’t have been happier with this, and I hope there’s more to come. Much of season two, Cal and Kira were a daddy-daughter duo, but I’m hoping Sarah will be included more in season three. Cal has won the hearts of many, and it doesn’t hurt that the actor, Michiel Huisman, resembles Kira so closely. Since Donnie and Alison are working on their issues, I think we can expect a sober (hopefully not less neurotic) Alison. Maybe we’ll get a chance to see those kids of theirs more too? You know, so we can learn their names (and care about them).

Jaw dropped to the floor. Insane. She has no eyeball, but I think Rachel’s alive, guys. I think next season, she’s going to get a cute (probably black) eye patch and try to destroy Sarah with a vengeance. I’m expecting her to become a super scary villain for S3—none of that emotion, no maybes about whether or not she has a heart. Losing an eye will more than anything just piss her off. Besides, people live all the time without their eyeballs! Rachel has the best set of scientific resources available to man. She can get another one, probably for free. 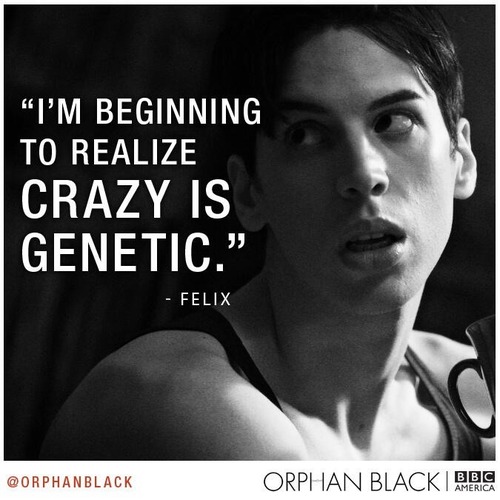 Can Marion Bowles Be Trusted?

Absolutely not. She played nice in the season finale and helped Sarah get out of Dyad alive, but TRUST NO ONE. I don’t care how many cute baby clone copies she’s got, how many times she says she’s a mother, she’s still the head of an organization controlling the ruthlessly dangerous Dyad Institute, so I will always give her the side eye. Let’s not forget that Marion was the one who gave the final OK to have Dr. Leekie killed. Plus, she’s in close cahoots with Rachel. One good act for the clones means nothing to me! There are still too many question marks around her, but I’m the person who still doesn’t trust Delphine, so I might be inclined to paranoia when it comes to the clones—but rightfully so! However, if Sarah plays her cards right, she could use Marion to learn more about the origins of Project Leda and, maybe next season, we can discover who was the original clone.

Siobhan may have Kira’s best interest at heart, but what else is in there with it? We are no closer to understanding her part in the whole clone equation than we were at the start of the second season. That’s probably one of my pet peeves with OB. If I had to pick one thing I hate about the show, it’s that they give us so many questions and not enough answers. Mrs. S might be the sketchiest of the sketchiest when it comes to non-clone members, but there were many times when she came through and went especially badass superwoman on a bad guy. Her hamartia is that she gave up Helena. She was right in saying that Sarah would never forgive her, but most importantly, the clone club has the hate blockers up. 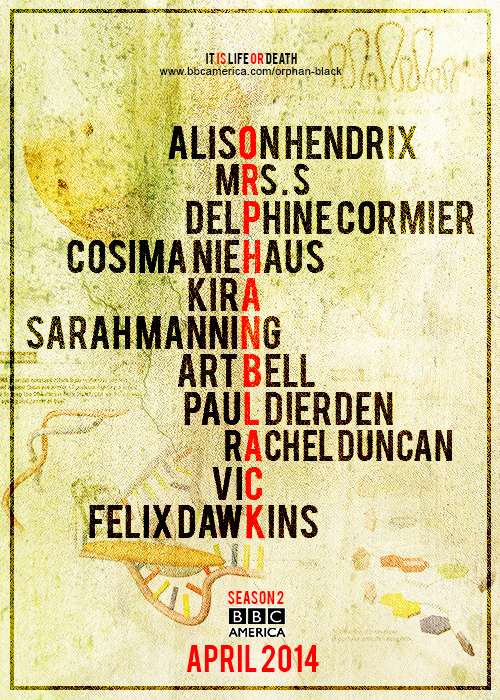 We didn’t see a ton of Art or Paul this season. Art was a pain in my side in the first season. I hate characters who are too nosy. That’s why I don’t like his partner, Detective Pain-in-the-Face (Angie). He was relatively just a camera filler second season. His presence was neither here nor there. He’d just pop in and out to remind us that he hadn’t moved. Paul was a butt this season. I didn’t care for his actions. Overall, I wanted more from him. He was kind of like a robot. I’m interested in seeing what his character will be like in the third season because he’s been promoted in the military, he’s met Cal, and there’s just something about him that makes it clear he’s hiding A LOT. Maybe we’ll even get to see him shirtless (had to). In terms of hotness, I’d prefer if he was with Sarah, but Cal’s personality is so much better, and Cal doesn’t seem to be hiding anything.

Although the renewal of season three has not been confirmed (yes, you read that right), there is no way in this solar system we won’t have one. The second season was so fantastic, OB upgraded their PR team, and their fans are all across the globe. A third season is basically a necessity if we don’t want a Third World War. Now, all it’ll take is patience and maybe some (lots) of ice cream.

Oh, and excuse this long ass article, but I appreciate the read!