I would like for it to be noted that, while this piece was written prior to the release of this Saturday’s Orphan Black, the information herein is still relevant (especially when compared to what actually happened for comical purposes). Also, let it be known that our review of the latest episode will be out soon. 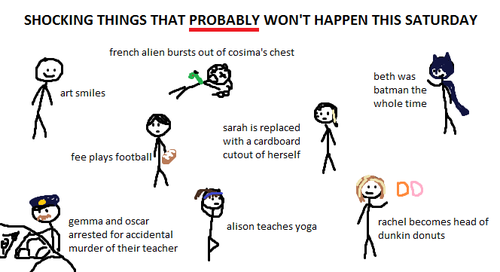 BTW Gemma and Oscar are Alison’s kids….yes, they have names…

I’ve said it once, and I’ll say it a million times more: the creators of Orphan Black, John Fawcett and Graeme Manson, are the kings of deception. There are so many plot twists and there is so much tomfoolery that no one is above the confusion. You can’t trust anybody, but that’s the appeal. We live for the suspense and buckle in for the madness every Saturday.

Any OB fan knows that most of the fun lies is trying to decipher the plot before it happens. I’ve heard (and have) so many insane, yet possible suggestions about where the creators might take the storyline.

The first one I’ve heard is about the introduction of a male clone. I mean, why not? I’m not a geneticist like Cosima, but I know basic biology. If an egg is fertilized and placed into a surrogate mother, then nature should take its course when developing a fetus. Assuming Dyad had nothing to do with manipulating the gender of the fetuses, then it’s only reasonable that there would be male clones as well as female clones. This was, of course, completely annihilated when Duncan said something to the effect of, “We were trying to make little girls” in the seventh episode of the second season.

Okay, so we might not get a boy, but what about a fat clone or a disabled clone. OB has done a great job of making the clones relatively diverse, but shouldn’t there be more of a case for nuture? All of the clones have led very different lives, so there should be factors that have manifested themselves do to that. What about Sarah having a drug problem?

Honestly, I’m just playing devil’s advocate because I think Manson and Fawcett did a decent job covering all of these bases. There’s so much plot that it’d be too much for us viewers if they added miscellaneous stuff in. Like if Helena was fat, how could she run away from those psycho Prolethians or stalk so well? Sarah doesn’t need a drug problem (Alison does enough of them for the whole cast), and she has enough issues and mental baggage to carry with her in every relationship.

Another thing I’ve always wondered about, especially in the second season, is why was Felix with Mrs. S? She isn’t a real foster parent. That was just her cover when she ran away with Sarah, so why was Felix? It could be that he added to her cover as a foster parent, but I think it might be more than that. We don’t know much about Fe’s origins, and I have a feeling that they may be entwined with the clones. What if this entire time he really was Sarah’s monitor? 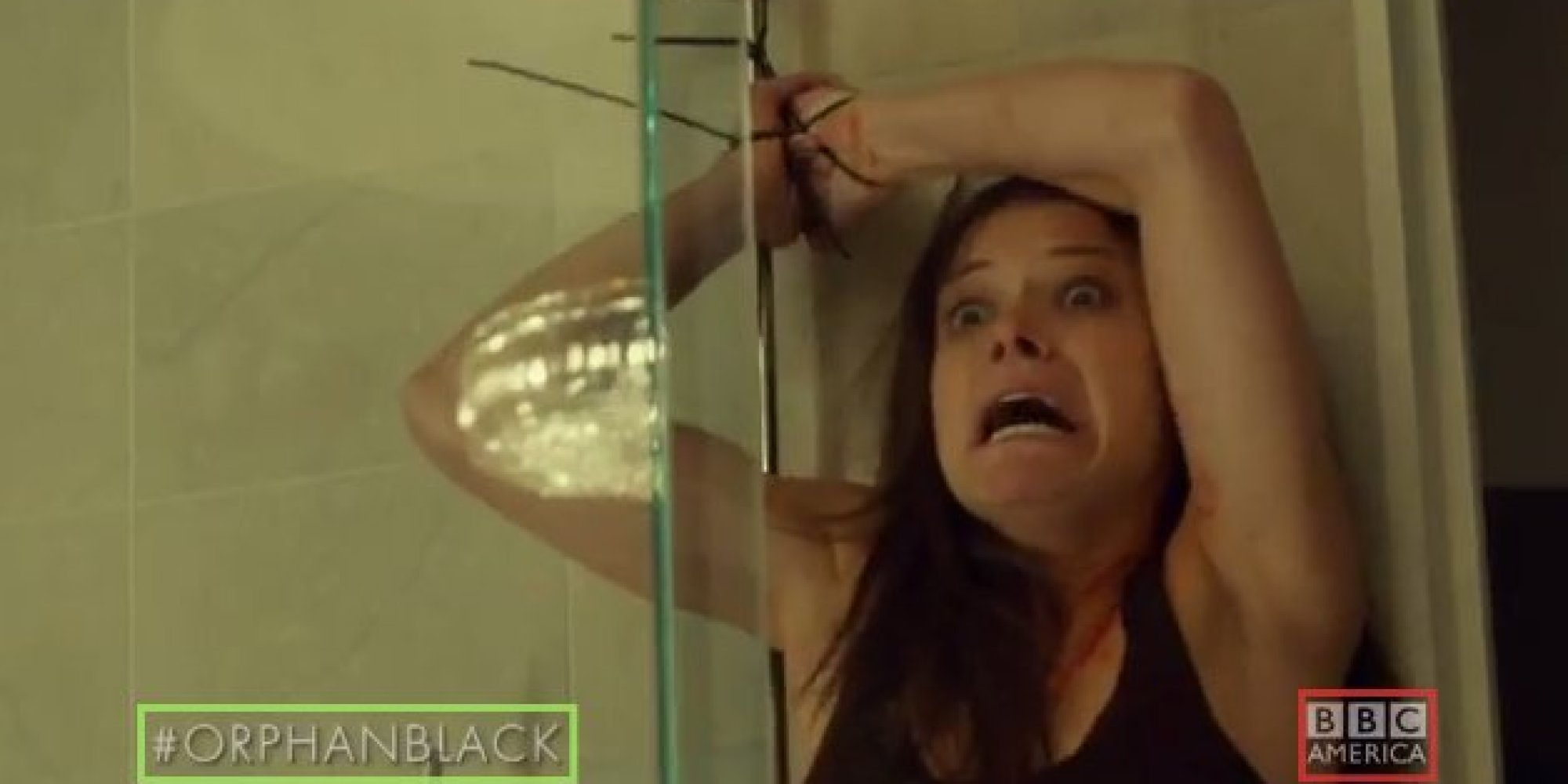 And speaking of Mrs. S, who does she work for? I know it isn’t Dyad and it can’t be those Prolethian nutbags, so what’s her secret organization? Also, what caused the break in Prolethianism? Why did the crazy ranch people suddenly start to be pro-clone and use science instead of condemning it as sin. Don’t tell me they’ve been infiltrated by the Neoevolutionists, who’ve completely evaporated from the plot.

Back to Mrs. S: she becomes more and more badass every episode. Like what is she? A part of some underground, secret ninja clan trained to protect the clones at all costs?! She always seems to be one step ahead of Sarah, which I don’t find too difficult to do since most of the time Sarah’s basically walking around blind and defensive.

Sarah isn’t much different from most of us. When you think about it, we hardly know anything about the Dyad or the Prolethians, and we’re in the second season. Why was Project LEDA even started? One of my friends connected Helena to Helen of Troy. Easy peasy, one and two because in mythology, Leda was the mother of Helen of Troy. Helen of Troy was supposed to be this amazingly beautiful woman that…could make a 1000 ships set sail or something like that. He said maybe they were trying to create a Helen of Troy, but why would they do that? An army of clones? When the Duncans were introduced to the picture, I thought it might’ve had something to do with a lost daughter of theirs. I read a book a long time ago that had similar concepts called Double Helix. If Project LEDA was designed to create the perfect woman, then wouldn’t it not be Helena? Wouldn’t it be Kira? 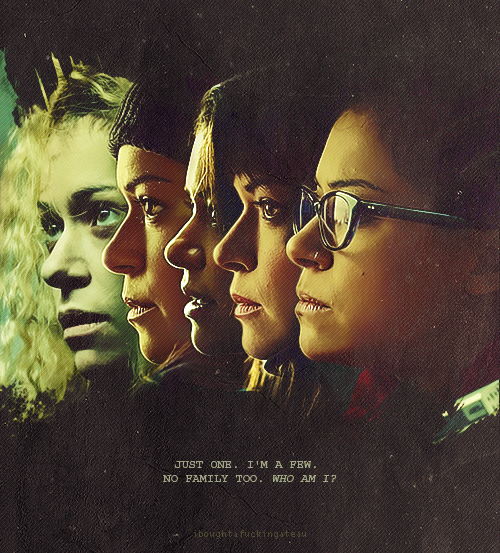 We still have no clues as to why Helena and Sarah don’t have the infertility issues like the other clones. The funny thing is the two people who probably shouldn’t have children are the only ones able to naturally conceive. Maybe the key to their fertility lies in the fact that they’re twins, like it has something to do with the way twins develop while inside of the womb. I wonder why Kira is the cure. I have so many questions, and no answers.

I think that’s probably one of the things I hate about OB. They don’t give you enough answers. I’m not a suspense chick. I don’t like cliffhangers. I have a weak heart and my tear ducts are always half full.

We’re never going to know what Manson and Fawcett are truly up to until we watch what happens on BBCA. I just hope that someone in the intimate circles cracks, you know? Maybe the P.A. on set who overhears a heated debate between the two over how Helena’s children will look next season or maybe one of their wives will get pissed and post a working script for an episode of the third season on Tumblr. There has to be cracks in their foundation somewhere. There has to be a weak link out of all of the cast, creators, and crew. I have a feeling it might be Dylan Bruce. Us, Americans, have the biggest mouths. Someone go get him drunk immediately, and if you find yourself in a situation where he’s shirtless, you know what to do.