The Evil Queen (played by Lana Parrilla) intimidates Snow White/Mary Margaret (played by Ginnifer Goodwin) into giving up her heart and Prince Charming/David’s (played by Josh Dallas). She gives Mary Margaret a vial, and says she has twelve hours to decide, or she will use it on the whole town.

Regina realizes that the vial contains water from the River of Lost Souls and that Rumpelstiltskin/Mr. Gold (played by Robert Carlyle) gave it to her. Belle (played by Emilie de Ravin) researches ways to neutralize the water while the Blue Fairy/Mother Superior (played by Keegan Connor Tracy) reveals a way to imprison the Evil Queen. It’s a magical tree sapling made from the spark of a first True Love, but a locator spell would alert Gold and the Evil Queen to its presence. In flashbacks, Snow White sells family heirlooms and fights off assassins as she prepares to flee the kingdom to escape the Evil Queen. David is heading to the same seaport town in an attempt to save his failing farm, but is drugged by the Woodcutter (played by Paul Johansson), who uses his dog to track down Snow for the reward. Regina reveals she and Gold had a romantic past and arranges for the Wicked Witch/Zelena (played by Rebecca Mader) to catch Gold and the Evil Queen kissing, which leaves her jealous and causes her skin to turn green. However, they realize Regina set them up as Mary Margaret, David, and Regina locate the sapling. 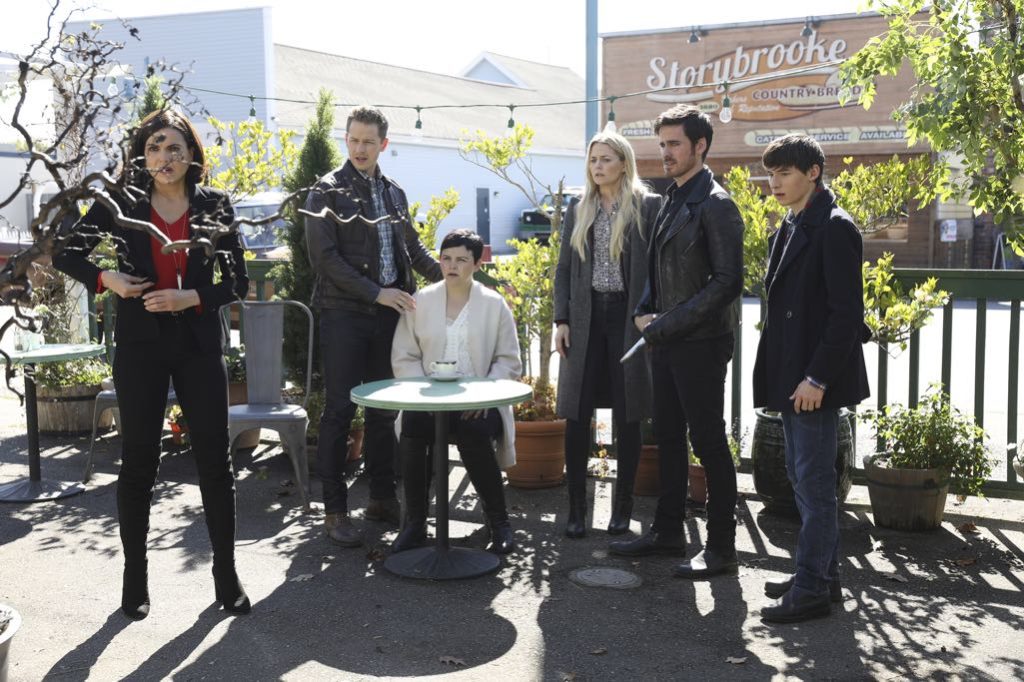 Finally, the Evil Queen is living up to the “evil” part of her title and stepping up her efforts to kill Snow and Charming. And check out Belle finally being involved in something other than being caught up in Gold’s schemes. I’ve resigned myself to the fact that True Love will always be part of the show, but lately it’s being shoved down our throats more than usual. It’s like whenever there’s a conflict, half the time True Love is the solution; that’s just lazy writing to have that solve problems over and over. The flashbacks weren’t anything new, same old “Snow running from the Queen” story; but seeing Snow and Charming back when they used to be more active heroes is always a treat. Gold and the Evil Queen make a pretty balanced couple, although it’s kind of gross when you consider he also dated her mother. I couldn’t tell if Zelena was more jealous of The Evil Queen or Gold for not being with her. Either way, she has very deep-rooted self-esteem problems and if she doesn’t do something about it, she’ll have to buy clothes that match green skin.

Emma (played by Jennifer Morrison) worries she may not be capable of helping her parents, but Hook (Played by Colin O’Donoghue) calms her. Mary Margaret and David find the sapling and realize it was made from their own True Love, but the Evil Queen finds them and destroys it. Flashbacks show David attempt to rescue Snow from a locked carriage, but the Woodcutter attacks him. With her help, he kills the Woodcutter, but Snow refuses to let David see her face so he doesn’t become a target. But they have a poignant conversation, and when they touch hands, unseen by them, the magical sapling of their True Love is born. Back in Storybrooke, the Evil Queen threatens the citizens as the deadline draws near. Mary Margaret and David surrender to the Evil Queen. Regina lifts her protection spell and the Evil Queen takes their hearts. In a twist, she puts them back inside them, but Mary Margaret’s is laced with a Sleeping Curse and is then teleported away. 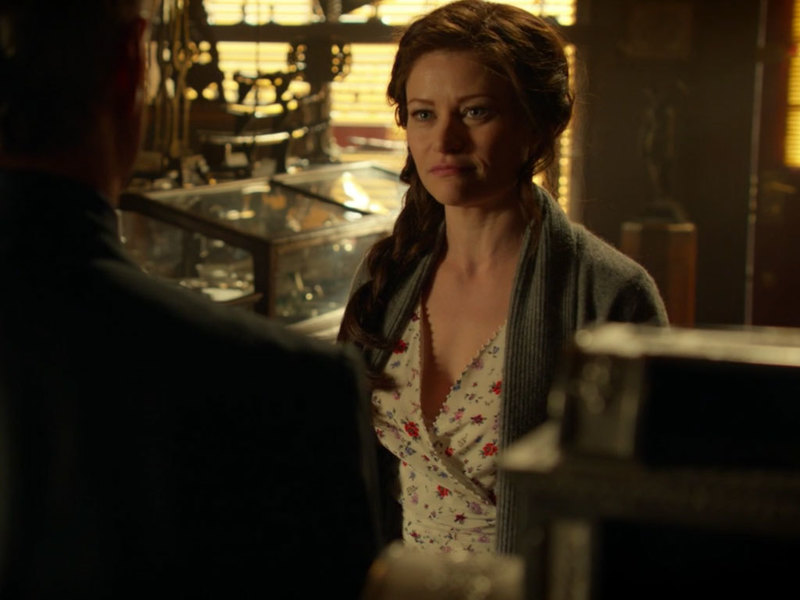 Don’t mess with my kid.

Of course, the sapling would have been made from Snow and Charming’s love; although True Love turned out not to be that powerful because the Evil Queen killed that sapling pretty easily. Snow and Charming almost meeting in the flashback after killing the Woodcutter was like a meet cute from a romantic comedy, but not as cheesy. Sidenote: the Woodcutter isn’t exactly a name that strikes fear into people; how do these people come up with these names? After literally decades, the Evil Queen finally got Snow’s heart and instead does another Sleeping Curse. It seems she wasn’t able to break out of familiar habits (despite the fact that it never worked before). When will these villains learn the long drawn out revenge plots are a bad idea? It allows time for the heroes to win; just crush the heart and call it a day.

Belle confronts Gold about his intentions to use the magical shears on their son when he’s born and tells him if he wants their child’s love he has to earn it. David finds Mary Margaret in the woods and wakes her with True Love’s kiss, but then collapses. Regina tells Mary Margaret that because the curse was put on her heart and they share it, one of them will always be under the curse. Let’s take a moment to address the fact that Gold was planning to use those shears on his baby. Belle talks about him earning their son’s love, but taking that into consideration and the fact that the baby already hates him: she needs a restraining order. This was a great twist on the Sleeping Curse rules; dooming Mary Margaret and David to always be together but worlds apart.

I guess Snow and Charming will have to take turns alternating which one is asleep, at least they’ll each be getting lots of beauty rest.

“You say you always find her. Start looking Shepard. Let’s see what happens when you do.”

Gold won’t be winning any “Father of the Year” awards anytime soon.