The recent discoveries of planets in distant solar systems has led to a deeper understanding of how solar systems could evolve. When finding a new planet, one of the most obvious things to look for is its movements, how its orbit look like and at what speed does it travel. This can tell us things about the future development of that solar system and we can predict where to point the telescope next time we need pictures. 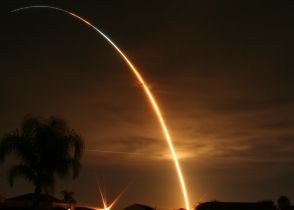 Many of the new found stars are acting in extreme ways compared to planets in our solar system. For instance: ’55 Cancri e’ a planet a couple of times larger than Earth is doing the round in just 17 hours and 41 minutes! Earth, as you know, need 365 days to do the same. The amazing discovery of the racing planets has led to the discussion: How short can a year be?

Findings suggest that  a planet around the star SWEEPS-10 is hours faster, but this still needs to be confirmed.