Despite the myriad of female protagonists that are spread across the DC and Marvel universes the above three films are pretty much the only three that focus specifically on a woman protagonist with the film being inherently about them and their struggle to come to terms with whatever power or abilities/situations they have come to find themselves in. But in today’s society, these films could be extremely marketable and given enough production and time and the right actors, directors, and writers they could become success stories as opposed to the cringe worthy excuses for films that their predecessors were. 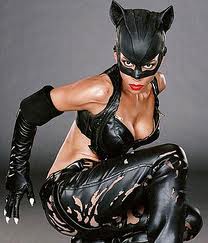 Likely candidates include Wonder Woman, Supergirl, Batgirl and the character of Oracle certainly have the potential, Black Widow and the various stories that could be told about her adventures- there are a good amount of female characters that could independently have a film focused on them. So what is holding those back? Funnily enough, it could be the characters themselves.

Comic books and superheroes has always been a hobby seen as predominantly reserved for ten year old boys looking for someone to stand up for them- when the majority of all of these stories were created these characters were seen specifically as role models for young boys, men that these kids could look up to. Men who in their public life were quiet, reserved, unsuspecting, but when given a mask they become saviors of the world. The feminism came, along with the realization that these characters could serve as more than just role models for boys. And of course Wonder Woman and the ever expanding group of female sidekicks appear, like Batgirl, Supergirl, and even Aquagirl. The problem with this is that, while these were powerful, smart, strong women- there is a little difficulty in seeing them as something more than just girls that an do this. Especially given that they do not usually have much in the way of storyline. 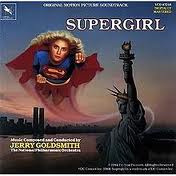 Part of the reason that the 1984 Supergirl movie was pretty atrocious was because the character of Supergirl had never really had a fully developed sense of who she was, and what she was doing other than traveling to earth to see her cousin. That was about it. And it stems from the fact that she had little to do in the comics when it comes down to it. Of course, other female characters aren’t quite so unlucky. The various incarnations of Batgirl, Barbara Gordon and Oracle, Catwoman, Wonder Woman- these are the type of women more films should be made for. So why haven’t they?

Well there have been talks of a Wonder Woman film- with the intention of having Joss Whedon at the helm, but that of course fell through. It didn’t turn out so bad because we did get The Avengers. But following this there were talks of a television series to be picked up by NBC, and again nothing ever came of it. And the same could be said for many other female superheroes. For instance, Marvel’s Runaways, a series focused on super powered youth who turn on their super villain parents, has nearly an entire cast of characters, with nearly all of them being women.  As well, while we will get more Black Widow with the sequel to The Avengers being created, there has not been much talk of Black Widow getting a film to focus on her character, or even a combination of her and Hawkeye. 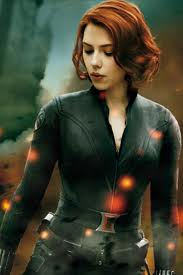 So with no new talk of any new super heroine films and the talk that there had been fizzling out and dying, it seems that for the next few years these women will stay off the silver screen. Despite the amount of tickets they could generate on pure sex appeal alone.

In any case, to hold us all over here is a Flash animation series that focuses solely on the Gotham Girls.  Pretty entertaining during the wee hours of the morning.